There are two .38 caliber revolvers in a safe on the lower shelf of my nightstand, or at least I think there are. I bought the safe to put the guns in right after a relative culling his collection gave them to me several years ago. The safe’s digital combination was promptly set and forgotten, and the back-up key is probably somewhere in the lower dresser drawer — where phone chargers and other travel accessories inevitably become anonymous. I am certain that there are no bullets, either in or out of the safe, because I never bought any.

A friend, who is a security expert for our state’s legislature, heard about the guns, and invited me to the countryside to try shooting for the first time. He’s a capable instructor, not only in the mechanics of operating a firearm, but also in the contextual issues of having ready access to them. His core point was that I shouldn’t have a loaded firearm ready at hand unless its operation was as second-nature to me as shifting the manual transmission of my car, which was going to require lots of practice. This perspective resonated with me and that, coupled with the fact that owning a gun basically happened to me by surprise, means that those two revolvers will stay locked away until I develop sufficient interest in learning how to use them. I’ve been told that I’m foolish not to make this a priority because I’m one home invasion away from preventable tragedy. However, I’d rather risk that than be featured in an article containing the phrase “accidentally shot.”

When I first became a general counsel about a decade ago, one of the first issues I noticed was the fact that, for an organization with hundreds of employees scattered across 10 offices in multiple states, we’d never had any employment litigation. What’s more, no one before me had established a relationship with outside counsel to help if a complaint did come. As a result, I went out in search of a partner for what I assumed would be trouble ahead. I’ll skip describing that process (other than to say I availed myself of excellent online resources I found at acc.com), but it resulted in an excellent working relationship with a partner in a multistate employment firm. He subsequently supported me through several challenges in the home office, and coordinated with his counterparts across the country when the need arose. The key to the success of this relationship was that, unlike my interactions with other firms of similar reach and reputation, this partner invested the time and energy to get to know me and my business, outside of a time-sensitive (and billable) crisis. When the time came for me to call for help, a rhythm of communication and interaction had already been established, which made the collaboration efficient and effective to a degree I’d not experienced in other outside counsel engagements.

I was reminded of both my gun ownership and my outside counsel experiences just last week when I attended an excellent presentation at the ACC Mid-Year Meeting in New York on performing “tabletop” simulations for corporate cybersecurity breaches. One of the speakers mentioned that, during his time working on emergency management for the federal government, he frequently heard variations of an old saying: “A disaster is a terrible time to exchange business cards.” As I pondered that, I saw the connections and the lessons about our responsibility as in-house counsel to give time and attention to preparing for tough times not immediately before us, despite the deluge of urgent matters that we regularly face.

In a couple of weeks, I’ll travel to Washington, DC to participate in a panel of in-house counsel, addressing attorneys from firms across the globe on the topic of how they can provide greater value to in-house departments, and thus gain a competitive advantage in competing for and retaining dwindling outside counsel spend. I expect much discussion about the novel approaches to managing costs and determining fees, leveraging state-of-the-art technology, and similar recurrent themes. However, I’ll make sure we spend some time talking about the value of building and improving the working relationship between inside and outside counsel before the pressure of an active matter puts that relationship to the test. Without that, bargain fees and cutting-edge technology won’t be sufficient to get the results we need and want for our clients. 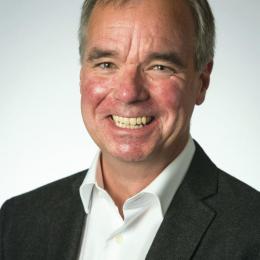