The sports industry in Australia, and internationally, is subject to regulation from a variety of entities, both governmental and non-governmental. This article will provide a brief outline of some of the key national and international sports regulatory bodies and their functions to help you keep on top of the rules of the game.

Many sports across the world are regulated by International Federations (IFs), which are private, non-governmental bodies that oversee a sport, with varying degrees of control. Common functions of IFs include establishing and administering global rules, awarding championships, negotiating with sponsors and broadcasters, and combating corruption and anti-doping.

It is not uncommon for IFs and their national members, as part of regulating their respective sport, to impose penalties on players for misconduct. The legal basis for all internally imposed sporting penalties, such as those imposed by IFs and their national members, is a contractual one, arising out of a contract between the IF (or a member of the IF) and the players of the relevant sport.

The basis for imposing the penalties may arise based on either the terms of the contract itself or a clause in the contract binding a party to a code of conduct. This position can be contrasted with that of government regulators (such as those discussed further below) that derive many of their regulatory powers from legislation.

The International Cricket Council (ICC), founded in 1909, is a prominent IF and is responsible for governing and regulating cricket at the international level. Cricket Australia (CA) is one of many national members of the ICC. Both the ICC and the CA have various codes which they enforce, including a code of conduct and codes dealing with anti-discrimination, anti-corruption, and anti-doping (with the anti-doping codes also being compliant with the requirements of the World Anti-Doping Agency).

The ICC and CA recently both performed their regulatory functions when responding to the ball tampering scandal that took place in March 2018, which involved Australian cricketers using sandpaper to roughen the ball to assist their bowlers. Cricketers David Warner and Cameron Bancroft, who were directly involved, and the captain of the team, Steve Smith, received sanctions from both the ICC and CA.

Governmental initiatives and bodies form another significant aspect of sports regulation in Australia. For example, in August 2017, the then-Minister for Sport, the Hon. Greg Hunt MP, announced a review of Australia’s sports integrity arrangements to be led by the Hon. James Wood AO QC.

The Wood Report was delivered in March 2018 and recommended a range of reforms aimed at enhancing Australia’s capability to address threats to sports integrity. In light of these recommendations, the Australian federal government passed the Sports Integrity Act 2020 (Cth) (SIA Act), establishing Sport Integrity Australia (SIA) as a single body to address issues relating to sport at a national level.

Anti-doping is one of SIA’s primary regulatory areas. Section 9 of the SIA Act together with Schedule 1 of the Sport Integrity Australia Regulations 2020 (Cth) establish a National Anti-Doping Scheme. Under this scheme, various international conventions — to which Australia is a signatory — are implemented into Australian law in the form of anti-doping rules. SIA can then investigate possible violations of these rules.

If, after an assessment of the evidence obtained during an investigation, SIA finds a violation, it can present that violation to the Court of Arbitration for Sport or a sporting tribunal, such as the National Sports Tribunal or the Independent Sports Tribunal.

Importantly, SIA’s role is broader than the regulation of doping in Australian sport. As set out in section 21(1) of the SIA Act, SIA’s functions extend to numerous other matters relating to sports integrity.

For example, section 21(1)(f) stipulates the functions of SIA to include “to work with domestic and overseas regulators, sporting organisations and operators of betting services in relation to matters connected with match-fixing in sport or fraud in sports-betting.”

National work health and safety regulators also play a role in regulating the Australian sports industry, given that several participants in major sporting events owe a variety of duties pursuant to the work health and safety laws. For example, section 19(1) and 19(2) of the Work Health and Safety Act 2012 (SA) state:

(1) A person conducting a business or undertaking must ensure, so far as is reasonably practicable, the health and safety of:

(a) Workers engaged, or caused to be engaged by the person; and

(b) Workers whose activities in carrying out work are influenced or directed by the person, while the workers are at work in the business or undertaking.

In the context of a major sporting event, a “person conducting a business or undertaking” would likely include the entity that is directly charged with delivering the event as well as the variety of contractors involved, such as those contracted to provide security, catering, and cleaning services. Accordingly, these entities (and their employees) would all likely have work health and safety obligations needed to comply within the course of the sporting event.

Work health and safety regulators have also demonstrated a willingness to scrutinize the work environment provided to sports professionals. A well-known example was the investigation by WorkSafe Victoria of the Essendon Football Club and its supplement program that was in place between December 2011 and February 2013. WorkSafe Victoria had received a request from a member of the public to investigate the club and, as a result, was compelled to do so pursuant to section 131 of the Occupational Health and Safety Act 2004 (Vic).

Following the investigations, the Essendon Football Club pleaded guilty to breaching the obligation under section 21 of the Occupational Health and Safety Act 2004 (Vic) to, so far as is reasonably practicable, provide and maintain a working environment that is safe and without risks to health. As a result, the club was required to pay a penalty of AU$200,000.

Pursuant to the ASC Act, the objects of the ASC include providing leadership in the development of sport in Australia, encouraging participation in sport and providing resources, services, and facilities to enable Australians to pursue and achieve excellence in sport.

The ASC must, for the performance of certain functions, operate under the name of the Australian Institute of Sport. Such functions include developing and implementing programs for the recognition and development of persons who excel or have the potential to excel in sport, as well as engaging in research related to sports sciences and medicine.

Regulating the sporting industry is complex. Many sports exist at a state, national, and international level, and by consequence are subject to multi-level regulation by bodies both governmental and non-governmental. Additionally, non-regulatory bodies and stakeholders can also influence the sporting landscape, which further adds to the challenges of the regulating the industry.

The regulation of Australian sports will continue to become more complex. Advancements in technology and the growth of the industry may give rise to new regulatory questions and challenges. Within time, we will see more attempts in Australia to both unify this regulatory space and ensure cooperation with key stakeholders. 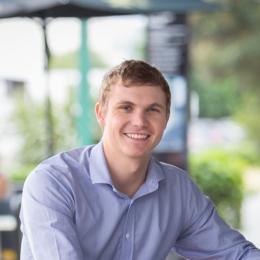 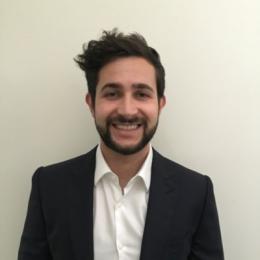