Let’s be frank – out of all aspects of diversity and inclusion preoccupying our minds, generational or age diversity is likely last on the priority list. That is, if it is even on the list. Indeed, in the world of diversity, equity, and inclusion (DEI), we frequently overlook age-related biases. Yet, age-based diversity is critical to the prosperity of organizations and can create a strong competitive advantage for companies that intentionally embrace it.

What is generational diversity?

Generational diversity is when multiple generations are represented in the workplace. You may be working alongside colleagues from several different generations, such as:

Age diversity in current workplaces is greater than ever as more people choose to work longer due to preferences or necessity. Each generation features distinctive characteristics, values, needs, communication preferences, and working styles, as well as, of course, similarities to each other.

Age biases in the time of great resignation

The global Great Resignation was borne out of COVID pandemic shutdowns and the subsequent reevaluation of values and purpose in life. In just April 2022 itself, more than 4.4 million Americans quit their jobs, according to the US Bureau of Labor Statistics.

Although the Great Resignation created unprecedented talent shortages and a candidates’ market, with employers complaining they are fighting desperately to attract new employees, older workers continue to say it’s difficult to find a job.

Professionals ages 45 and up view their age as a significant obstacle in their job search, according to a report by Generation, a non-profit career training organization. Generation’s findings confirm such beliefs are justified. Hiring managers, they found, strongly disfavor candidates older than 45, finding them lacking relevant experience and education and to not be the best fit for the company culture (“best fit” viewed as demonstrating a persona that suits the dynamics of the team, workplace culture, and the industry overall). They also think candidates ages 45 and older are reluctant to try new technologies and unable to acquire new skills.

Yet, the same report shows that despite this lack of confidence in older candidates at the hiring stages, managers who ended up hiring candidates older than 45 rated 87 percent of those hires as performing as well or better than younger employees and anticipated them to stay with the company long term.

Older workers tend to offer employers more experience, critical thinking, soft and problem-solving skills, a strong work ethic, provide customers with consistency and personal attention, can be instrumental in training and mentoring the next generation of workers, tend to stay with employers longer than younger workers, demonstrate fewer workplace behavior issues, and take fewer days off, according to 10 Advantages of Older Workers, Columbia Public Health.

Older workers are more engaged than younger ones

Yet, employees ages 50 and older have been found to be the most engaged of any age group, AARP has documented, so attracting them to the workforce can increase productivity. The global Organization for Economic Cooperation and Development says that employers with a 10 percent higher share of older workers than the average see a 1.1 percent increase in productivity.

As companies race to create teams that are agile and tech-savvy, older workers often get overlooked. But why? Given ample research showing that older employees bring significant value to the organizations, why are they not a focus of recruiting efforts? Even worse, why do they frequently end up on the bottom of the hiring pools? The answer lies within each of us, and it’s a four-letter word — bias. We all have biases in one way or another, including age-based biases.

Myth #1: Older workers lack technological skills and the desire to acquire them.

Unlike Generation Z, reputed to be digital natives (practically born with an electronic device in their hands!) or Millennials, who were early technology adopters, older workers – who started their careers long before the internet came into existence – are believed to be intimidated by and resistant against technology. However, the AARP survey found that individuals ages 50 and older have been steadily increasing their use of technology. Whether it’s smart TVs, eBooks, or v assistants, Americans ages 50 to 64 rely on technology as much as the overall population.

Despite not having grown up with electronics, older workers have been embracing technology and are open to upskilling as needed for a job.

Myth #2: Older workers would not want to report to younger managers.

With the rise of Generation X and Millennial management, many older workers are reporting to managers who are younger than they are. In their book, Managing the Older Worker, Peter Cappelli and Bill Novelli suggest that some younger managers may be uncomfortable supervising employees with greater experience than they have. Indeed, discomfort likely flows both ways for any new situation  – it may be difficult at first for an older subordinate to accept directions from someone much younger and for a younger manager to supervise someone who may be older than their parents, but the relationship offers opportunities they end up appreciating.

While older workers need to be open to using modern working styles and tools, even if some of the old ways were effective — they often are that way naturally without any prodding. Sometimes they may benefit from a little coaching but often they’ll absorb the tips readily. And younger managers need to feel empowered to manage the worker who may be older than their parents, and not to overreact to their ideas which might feel like control, not ignore them as not being on point with the times, and be open to their input which might offer solutions. And, in the end, they often find the expertise of the older worker very valuable and not coming across as bossy.

Friendships are often built between the oldest and youngest workers in an organization whether supervisor-staff or within staff.

Myth #3: Older workers are too close to retirement and will not stay long.

With life expectancy previously more than doubling in the United States over the last century, the notion of retiring around age 65 is no longer the norm. Many Americans are choosing to continue working well past traditional retirement age for various reasons: financial need, enjoyment of work, wanting to stay intellectually engaged and to accomplish more through work, or for the social interactions a workplace can provide. They continue wanting to grow and contribute in meaningful ways, often motivated by wanting to bolster their legacy.

To capitalize on the many benefits that older workers bring to organizations and to facilitate the infrastructure of age-diverse teams, employers should seek to eradicate ageist hiring practices and biased organizational mindset. Here are some ways that can be accomplished:

Generational diversity in the workplace is key to business growth and success, say 83 percent of global business executives, according to AARP. Yet, employers continue to overlook the benefits that the presence of multiple generations offers in the workplace and do not dedicate necessary resources to help ensure their recruiting processes are free from age-related biases. Only 6 percent of global executives have been intentional in this space by implementing unbiased recruiting processes.

This is your opportunity. Companies that tap into the older worker candidate pool will position themselves to gain competitive advantage, especially as the fight for talent intensifies. Creating hiring practices that are inclusive of all generations and working to eliminate age-related biases will benefit employers, and society as whole, exponentially. Who knows? Perhaps the Great Resignation could be transformed into the Great Invigoration, at least for those companies willing to leverage this currently untapped wealth of talent. 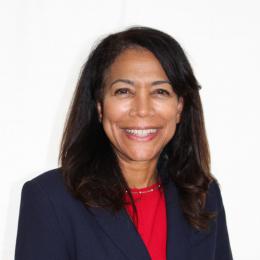 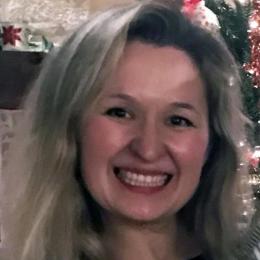 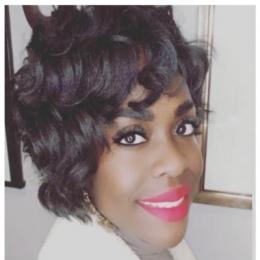 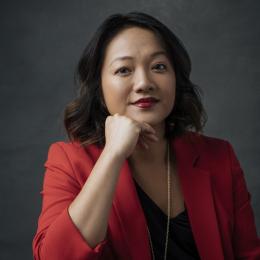