In January 2009, the apparently pseudonymous Satoshi Nakamoto mined the first Bitcoin based on a decentralized and distributed network described in the 2008 paper entitled Bitcoin: A Peer-to-Peer Electronic Cash System. Since its initial creation, Bitcoin has soared in value, reaching a high of nearly US$60,000 per token, but has dropped to nearly US$36,000 per token, as of this writing.

In addition to Bitcoin, thousands of other cryptocurrencies have likewise been developed, creating a thriving market for digital tokens with a market value well over one trillion dollars. This growth has occurred amid legal uncertainty as to what extent US investment and financial services laws apply to these digital assets.

US regulators have thus far created a patchwork framework for the regulation of cryptocurrency. The US Securities and Exchange Commission (SEC) has yet to provide legal guidance as to the status of cryptocurrencies under the securities laws, instead relying on a combination of public remarks and enforcement actions.

In 2018, the SEC’s director of the Division of Corporate Finance stated at the Yahoo Finance All Markets Summit that “applying the disclosure regime of the federal securities laws to current transactions ... would seem to add little value” with respect to Bitcoin and Ether, the second most widely exchanged digital currency. However, in December 2020, the SEC charged Ripple Labs Inc. and two of its executives with conducting an unregistered securities offering through the sale of its signature cryptocurrency, XRP.

Newly confirmed SEC Chair Gary Gensler is widely expected to provide a more fulsome explanation of the SEC's role in this area. However, doing so will likely require finding agreement with another federal regulator Gensler used to head, the Commodity Futures Trading Commission (CFTC).

The CFTC has taken the view that Bitcoin is a commodity and has not prevented Designated Contract Markets from listing futures and options contracts based on Bitcoin. Under the Commodity Exchange Act, the CFTC is given authority to regulate certain commodity transactions, provided such contracts do not (with limited exceptions) involve the sale of a security.

The law gives the CFTC exclusive jurisdiction over “transactions involving swaps or contracts of sale of a commodity for future delivery,” meaning that any exchange-traded commodity future based on a cryptocurrency brings with it the CFTC’s implicit judgment that the asset is not a security.

Although the CFTC’s actions clearly indicate its belief that Bitcoin is not a security, the agency has yet to provide similar clarity with respect to most other cryptocurrencies.

While the CFTC has not explicitly stated that particular cryptocurrencies are commodities, it has stated broadly that it views “any digital representation of value … that is or can be used as a form of currency … and may be distributed by way of digital ‘smart contracts,’ among other structures,” which would include DLT or blockchain, as a cryptocurrency and therefore a commodity.

This definition is broad and would encompass most cryptocurrencies.

Nevertheless, while the CFTC’s view toward defining cryptocurrencies as a commodity is expansive, its attitude toward regulating cryptocurrency derivatives has been less than comprehensive. A 2018 Staff Advisory issued by the CFTC’s Division of Market Oversight provided guidance regarding the heightened scrutiny that would be afforded to these uniquely challenging, emerging derivatives, which would include enhanced market surveillance, coordination with the CFTC’s surveillance staff, large trader reporting for contracts that exceed five bitcoins, and outreach to stakeholders before listing new contracts.

And while the advisory promised the division would revisit the stated standards as more information became known and the market developed, three years later it remains the primary published guidance for listing of cryptocurrency derivatives. As a point of reference, when the guidance was published, bitcoins were trading at around US$7,000.

The Financial Crimes Enforcement Network (FinCEN), a unit of the US Treasury, has provided clear guidance with respect to the application of its regulations with respect to the use of cryptocurrencies by "users," "administrators," and "exchangers." The guidance describes “convertible virtual currencies” as having either an equivalent value in real currency or acting as a substitute for real currency.

If enacted the rule would require those entities to submit reports, keep records, and verify the identity of customers in relation to transactions above certain thresholds in virtual currency or digital assets held in digital wallets not hosted by a financial institution, or hosted by banks in certain jurisdictions. FinCEN extended the comment period and updated the proposal in January.

Other federal financial regulators have provided statements or otherwise discussed cryptocurrencies without taking formal action. In 2014, the Consumer Financial Protection Bureau issued a consumer advisory regarding potential risks to consumers engaged in virtual currency transactions, but declined the opportunity to bring cryptocurrencies under the Prepaid Accounts Rule as part of its 2016 rulemaking on the topic.

And although the Office of the Comptroller of the Currency issued its first national trust charter to a “digital bank” in January, and has clarified that national banks and federal savings associations may offer digital currency custodial services, its 2018 Policy Statement on Financial Technology Companies’ Eligibility to Apply for National Bank Charters remains in legal limbo after a federal court ruled in favor of New York State’s challenge to the proposal.

Despite the ongoing evolution of federal regulatory interest in this area, the market for cryptocurrency continues to grow globally. This includes an increasing number of corporations that are not only willing to accept cryptocurrency as payment, but even to hold digital tokens as assets.

For example, Paypal and Sotheby's will accept cryptocurrency as payment, and Tesla, Microstrategy, and Square will hold cyrpto as assets. Even as US regulators continue to mull the appropriate scope of federal law as it applies to cryptocurrencies the market has strongly voted with its pocketbook.

Nonetheless, the legal risks associated with regulatory uncertainty doubtless remain an obstacle for some investors and potential crypto users. Federal regulators can help resolve lingering doubts and foster onshore growth in the industry by providing a clear and reasonable framework for cryptocurrencies that will allow for innovation while affording appropriate legal protections. 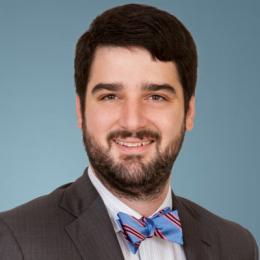 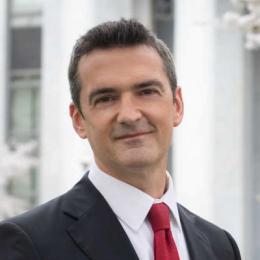