Many corporations have focused charitable activities within a corporate foundation to better manage their charitable giving. With such a close connection between a corporate foundation and its related corporation’s business, there is potential for inadvertent self-dealing, whether it’s distributing foundation-sponsored tickets to members of the corporation or charging the foundation for its share of office space. Generally, acts of self-dealing between a private foundation and its substantial contributors (such as the related corporation) are subject to severe excise taxes, with few exceptions. As a result, careful planning must be undertaken regarding any proposed transaction between the related business and the foundation.

Methods for addressing shared office space, equipment, and supplies will depend on the ownership of these amenities. If a third party owns the office space, then separate leasing arrangements with and direct payments to a landlord will be workable. There is no work-around where the related business owns the space; use of the space must be donated to the foundation or the foundation should lease an office elsewhere.

Generally, the payment of compensation or reimbursement by a private foundation to a related corporation is an act of self-dealing. There is a narrow exception to this rule for compensation of or reimbursement for personal services that are professional and managerial in nature and necessary to accomplish a foundation’s charitable purposes. This exception to self-dealing applies to investment, banking, accounting, and legal services. It has also been extended to other professional services, including real estate management services, tax coordination services, and anthropological and archeological services. The exception does not apply to janitorial, repair, and maintenance services, or to secretarial services. Payment to the related corporation for these types of services would result in self-dealing.

While some foundations take the position that the services of their executive directors and other staff fall within the professional and managerial exception, there is a risk with this position. Because the exception is to be narrowly construed, there would be a risk to a company that it would be engaging in self-dealing if its related foundation reimburses it for services of the company’s employees that the IRS does not consider to be professional and managerial. Many companies instead simply donate the services of their employees to the corporate foundation. It is also possible for the foundation to establish a separate payroll and benefits system through which it compensates its workers directly.

With corporate foundations, being a sponsor of a charity’s gala can create difficulties under the self-dealing rules. For example, at a fundraising event, sponsoring the event may include purchasing an event table with tickets to the charity event. Tickets to a fundraising event have economic value, which generally is the fair market value of the goods and services provided. Donors generally must reduce the amount of any charitable contribution deduction taken in connection with a gift that yields benefits with economic value by the amount of that value.

For example, when it is necessary for foundation officers or directors to attend an event to monitor the manner in which the foundation’s funds have been spent, use of the tickets by the foundation directors and officers does not constitute self-dealing. Spouses, other relatives, and friends of these disqualified persons are not covered by the exception to the self-dealing rules, and should not be using foundation-sponsored tickets.

If a donation to a charity provides benefits such as free admissions, discounts, or benefits not otherwise available for free to the general public, then the business should make the donation, not the corporate foundation. If, however, the foundation declines all benefits to be received with respect to the grant or donation, or distributes the tickets only to foundation employees who can meet the business purpose exception, then the corporate foundation can make the donation without fear of running afoul of the self-dealing rules. Some private foundations make a practice of donating tickets back to the charity that issues them, but it is simplest to refuse to accept the tickets in the first place.

Note, too, that the IRS does not allow bifurcation of the cost of attending the event. For the purpose of the self-dealing rules, the IRS takes the position that it is not possible to separate the price of a ticket into its charitable and noncharitable components. In other words, a private foundation cannot avoid the self-dealing problem by having the related corporation pay for the cost of the dinner or other tangible benefits and having the foundation pay the charitable portion of the ticket. The reasoning behind this IRS position appears to be that the foundation is relieving a related person from a financial obligation that it would otherwise incur. The IRS has found that such “bifurcation” would constitute an act of self-dealing, because the corporate foundation’s payment of the charitable contribution portion of the fundraising event cost would result in a direct economic benefit to the corporation, since the corporation would be relieved of its obligation to pay that portion.

The IRS has issued a number of private letter rulings demonstrating the incidental and tenuous exception. For example, a grant by a private foundation to a university to establish an educational program that teaches manufacturing engineering was not an act of self-dealing even though a corporation intended to hire its graduates and encourage employees to enroll in the program. This finding was based on the corporation not receiving preferential treatment in recruiting graduates of the program.

Similarly, a private foundation’s loan program that provided financing for construction projects in disadvantaged areas was not self-dealing even though some construction contractors and subcontractors had financial relationships with a bank that was connected to the foundation. The IRS ruled that even the work done by foundation interns was incidental and tenuous where the related private foundation established a program to provide on-the-job training and education for the benefit of at-risk, underserved, and underexposed youth. The company hosted program participants at its facilities and the participants worked in a sponsoring department of the company. The company agreed that it would not hire the participants for an unspecified number of years following completion of the program. This ruling is generally regarded as generous by the IRS. Foundations should be careful in relying too heavily on its findings.

With careful planning, corporations and the related corporate foundations can safely avoid self-dealing transactions. Consulting with experienced counsel before a proposed transaction between the related business and the foundation can help avoid problems before they begin

Considerations and Factors for Foundations in Accepting Gifts, Grants and Other Donations (Oct. 2015). 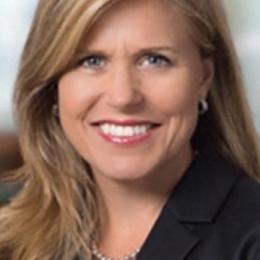 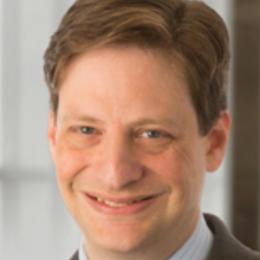