Based on my experience as a Fortune Global 500 executive and now executive coach over the past 20-plus years, I can tell you that executive presence is one of the five key elements (the other four are self-awareness, external awareness, strategic thinking, and thought leadership) that accelerates career progression.

However, executive presence can seem elusive and hard to quantify, like the jurisprudential old saw, “We know it when we see it.” That type of non-definition is not concrete enough to be actionable, so I like to use the research-based explanation from, Coqual, a think tank. They break it down into three tangible, weighted qualities, what they call the “pillars of executive presence”:

With these elements in mind, I spoke with several general counsel colleagues regarding their experience with executive presence, collecting tips and advice, and a description as to how it shaped their careers.

People are attracted to leaders who remain cool and calm under pressure. Allowing emotional triggers to negatively affect your leadership presence can hurt you in a professional setting. I coached a general counsel who was an expert in his craft, but became agitated when challenged in front of his executive team colleagues or board. He got so emphatic at one meeting that he slammed his fist on the conference table, toppling hot coffee over one of his board members.

Leaders need to instill confidence and security in everyone around them, providing assurances that “things are being handled,” says Lina Brenner, general counsel at Nurx. Don’t let them see you sweat, but also don’t be fake — acting as if you have certainty when you don’t. It is worse to give your client an answer and be wrong than to ask for more time and confirm.

Being prepared is critical, Brenner stresses. Know your audience, and what they would ask about if you were in their shoes. For example, is a board member worried about being on the front page of the New York Times, or being pulled in front of a regulatory agency? These are two very different issues. In the first, it is an ethical and reputational focus. In the second, the question concerns compliancy.

Pick your fights, John Saia, general counsel and corporate secretary of Guardant Health, Inc. says. Determine when to voice your opinion and assert your influence. Saia says, “Do your homework, go through [an] analytical exercise, understanding why your conviction is right, be able to defend it, and then fight for it.”

He also believes that not everything is worth fighting for. “I’ve seen so many junior execs fight because they think they’re right, or it is right, but in the grand scheme, it just doesn’t matter,” he says.

Have the courage to bring different choices to executive leadership in potentially charged situations, Saia advises starting a conversation with, “Can we have a heart-to-heart?” Then, he suggests providing the pros and cons to start a dialogue with business colleagues to determine the best answer.

Businesspeople always have considerations that lawyers haven’t even thought of. Be careful about trying to become a power in the organization — instead, become a framer of issues and let them make the decisions.

Be on point in communications, not overly academic in the way in which you address problems the organization is having, Brenner stresses.

When you are a senior legal advisor, and board and executives are relying on you for advice, you must be cognizant of their deepest concerns and objectives. “I see attorneys sometimes struggling to articulate back to the board what they are concerned about and be a real problem solver along with them,” Brenner says. Be sure to marry pragmatism with your substantive feedback.

Brenner shares an example from her own career: “I remember being a ‘baby’ lawyer years ago, giving legal guidance to our division president and, when I finished, he said, ‘Lina, that’s so entailed.’ I realized, oh boy, I spoke to him like a fellow lawyer. He didn’t want that. He trusts me to give him the right answer, he just needs it distilled down so he can execute on it.”

Communication skills are critical as you build a team, notes Saia, pointing out “that willingness to work with others is key.” He has seen brilliant lawyers fail because of their inability to deliver messages in a way that builds trust. I often review meeting points with my clients to help them distill their thoughts into the few critical issues that matter.

Go a step further, says Vidal, and learn how to react quickly and coolly when the heat is on or you need to respond quickly: “Every lawyer has to learn how to act.” One lawyer he knew went to an improv class to learn to react better on his feet.

The final element of executive presence, professional appearance, is the most ephemeral, and has undergone the greatest change since COVID-19, and the #MeToo and Black Lives Matter movements. It is now more relaxed than ever before. Alas, “executive presence” can be code for hiring people who look and act like you.

I think of professional appearance in terms of being well-groomed and aligning with the formality of your organization’s culture. The higher you get, the more latitude you have in personal expression choices. But this also puts you on a bigger stage, which can be riskier if there is a gaffe. In general, first impressions can accelerate a relationship or, in extreme cases, derail it. However, its importance declines over time as your work relationships and results grow.

The risks of remote work

Some of my clients have been challenged with the nature of now mostly-remote board and executive committee meetings. One of my clients recently reported to the board on the status of the company’s corporate integrity agreement only to find that most of the board had their camera off and no one was asking questions, so she could not “read the room” to see if her points were coming across as intended.

We started the practice of breaking her points down into a chunks of content, where she would pause and ask the board if they had any questions and what their main concerns were. This helped increase engagement and improve alignment.

I minimize my image and move it just under the camera to support looking at the camera as much as possible. Some people tape a photo of their partner, kids, or pet next to the camera to help them smile and relax and focus their eyes in the right place.

My clients and everyone I spoke with for this article expressed concern about the fallout of remote work on the next generation of in-house counsel. Brenner stressed that the next generation needs to be mentored and receive a lot of guidance for the first few years, or they may feel they are being set up to fail. “You can’t call or video every answer to every question,” she says.

Young lawyers don’t realize how their careers are being set back from not being able to have casual contact with other more senior attorneys, Vidal says. “They say, ‘I don’t think I need to be at the office,’ or ‘I don’t need to meet with the client.’ I think that’s a mistake. If you want to have presence, if you want to be well-thought of, you should be there as much as possible.”

Getting the remote team together in person twice yearly works well for Saia’s staff. He’s brought in a graffiti artist for team bonding at a retreat. And, he conducts lots of pulse surveys and skip-level meetings to make sure he is aware of his team’s needs and views.

Relationships are harder to develop virtually, says Saia, and he looks forward to going back to the office. People are communicating in different ways, via video, text, or messaging platforms. COVID has postponed or lengthened the development cycle of relationships. “We need to be together for those bonds to form,” he says.

Want to connect with corporate counsel and get more? You're invited — join ACC today. 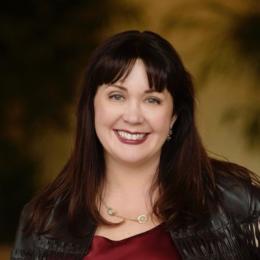