“They’re going to know. They’re going to figure it out. I bet they talk about the fact that they think I have no idea what the heck I’m doing. I have definitely lucked my way through this situation. If they figure me out, well ... that’s fair.”

It’s a nagging feeling that, I believe, never fully goes away.

Will they think I fake it?

The achievements, engagements, family, and career you have are simply because it’s been a hoax or pure luck. Even when giving a presentation or, simply in group chats with successful colleagues, I still sometimes think, “Why was I chosen to be here?”

I have read many articles about how to overcome imposter syndrome. While all the articles sound wonderful, no matter how much I accomplish, that nagging feeling, while diminished, is still there. So how can we use these incorrect assumptions to our advantage?

We can use it to fuel our motivation.

If you ever feel like a fraud or that your expertise isn’t enough, please know that you are not alone. Many people, especially people who are high achievers or set continuous goals for themselves, have experienced, and continue to experience, these inaccurate beliefs.

People don’t like to talk about their fear of being a fraud because they think they are the only insecure ones and everyone else is completely confident. The “imposter” side of themselves says why would someone talk about their emotional state because then, OMG, they will definitely be exposed, and everyone will know! Maya Angelou said, after writing her 11th book, “Uh-oh, they’re going to find out now. I’ve run a game on everybody.”

I’m here to tell you: You are not alone and you are not a fraud! You have earned everything you have achieved through your hard work and commitment to success!

Imposter syndrome is just a feeling. It is an inaccurate belief because the facts, such as your career and accomplishments, paint a very different story. This story is backed by proof that you are, in fact, not an imposter. Whenever you’re doubting why you were asked to do something or why you have the career you have, write down the steps, in detail, you took to get where you are today.

Write down the hard work you put in to earn your degree. I promise your school didn’t just hand you the degree. Your degree was backed by the grades you earned. You earned the grades because you put in time to study. It’s a pain to break down because it’s time consuming, but it works.

The term, “imposter,” has many synonyms, including, phony, fraud, pretender, fake, and hoaxer, which is further evidence that a college would not issue a degree since they’d decline it if you were a fraud. Your employer would not promote or give a raise to a pretender. We must remind ourselves that our hard work and the evidence to back it is authentic and real, not phony.

The promotion you earned was because of the tasks you accomplished at work and your dedication to your employer. You excelled at that project you were on, your work helped protect the company, etc. Most companies are not going to promote someone just because they are sitting in a chair and earning a paycheck. If you aren’t doing anything and everyone else isn’t doing anything, then the company will eventually fail, so why would they promote that?

Remind yourself of all the details that led to your accomplishments. Every step was powerful, and every step helped you get to where you are right now. Then, understand that while you may not know how to master your next task, you can figure it out because you have before.

I’m here to tell you: Harness the feeling that you may not be all you thought you were or that others praise you for to motivate yourself to keep moving forward. When you feel like a fraud, use that as motivation to prove to yourself that you can accomplish the next item on your plate.

Remind yourself that many successful people experience these fears.

Success, by most accounts, is achieving what you want in life, i.e., career, happiness, etc. If we stop striving for success, life can become mundane. So, keep in mind that those who keep striving continue to deal with these fears too.

Don’t freeze and stop doing what you’re doing when the paranoia seeps in. Keep going. If you don’t know something, research and learn all that you can.

Talk to your support system and share experiences to know you’re not alone. When you look back later in life, you’ll finally realize you ran the best game because it was a game against the feeling — and you won. 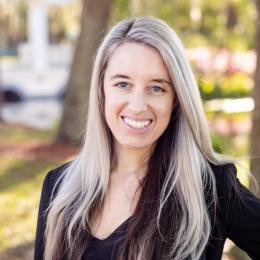