Connecticut and Massachusetts will join California, New Jersey, New York, Rhode Island, Washington, and the District of Columbia in adopting state-level paid leave programs. The states vary their approaches to funding those programs – whether through wage withholding, employer contributions, or joint employer/employee premiums – but all provide for a ramp-up period of collecting taxes before issuing benefits under the new paid leave laws. This article discusses the funding mechanisms, and associated compliance obligations, used in the newer paid leave programs in the District of Columbia, Massachusetts, and Connecticut. While focused on these three jurisdictions, common issues run through the other states’ paid leave regimes.

Beginning on July 1, 2020, the District of Columbia’s Universal Paid Leave Act (UPLA) provides for paid parental, family, and medical leave for covered employees in the District: eight weeks paid leave after the birth of a child; six weeks to attend to a family member with a serious health condition; and two weeks to care for the employee’s own serious health condition. A covered employee for purposes of the act is any employee who spends more than 50 percent of their work time performing services in the District.

In practice, determining employer tax liability under the Act relies on an analysis similar to determining employer liability for unemployment insurance purposes. The default rule is that if a covered employer pays District unemployment insurance on an employee for a quarter, then the employee is presumed to be a covered employee. Employers may rebut this presumption by showing: (1) that the employee worked at least 50 percent of their work time in a single jurisdiction outside of the District, and (2) that the work performed outside of the District was not incidental in nature, temporary or transitory in nature, or consisting of isolated transactions. The Department of Employer Services will make this determination on a case-by-case basis.

As of July 1, 2019, businesses that pay unemployment insurance taxes also must pay the UPLA tax. There is no opt-out for employers with approved private plans as with Massachusetts and Connecticut. Further, the size of a business will have no bearing on whether an employer is covered under the UPLA, as there is no minimum employee threshold for eligibility.

The three paid leave benefits under the UPLA will be funded by a quarterly employer payroll tax of 0.62 percent of an employer’s covered employees’ total wages. The quarterly contributions are assessed based on wages paid in the immediately preceding quarter. Unlike the District’s unemployment insurance tax (frequently cross-referenced in the UPLA), which is capped at the first $9,000 of wages paid to an employee, the UPLA does not cap the payroll tax paid into the fund by covered employers.

The timing of the first payment of the tax depends on whether employers are businesses or self-employed individuals opting-in to the program. For covered employers, the July 1 deadline for UPLA contributions related to wages paid to covered employees from April 1 through June 30, and was required to be reported and paid by July 31.

The UPLA includes several reporting and recordkeeping requirements that covered employers should consider while reviewing their current payroll systems to ensure compliance with the UPLA. Administratively, the requirements and terms of the UPLA are similar to the requirements associated with the District’s unemployment insurance tax regime. Under the UPLA, covered employers will be required to submit quarterly wage reports similar to the UC30 wage report that is required for unemployment insurance taxes. Further, covered employers will have to submit a separate wage report form for paid family leave that will be provided by the Office of Paid Family Leave. And, finally, District employers will be required to keep payroll records of no less than three years indicating the name and social security number (or TIN), dates of employment, pay period dates, and the wages for those pay periods for each covered employee.

Enacted in 2018, Massachusetts passed the Paid Family and Medical Leave (PFML) law, which permits most employees to take paid family leave of up to twelve weeks and medical leave of up to twenty weeks, with benefit payments beginning January 1, 2021. PFML contribution requirements will begin on October 1, 2019, after a delayed start to allow employers more time to come into compliance with the contribution.

There are exceptions to these general contribution amounts where an employer (or a covered business entity) need not contribute the 60 percent employer portion of the medical leave contribution, but need only deduct and remit the medical and family leave employee portions:

Moreover, employers may meet their new PFML obligations for medical and/or family leave under a private plan approved by the Department of Family and Medical Leave (DFML). Section 11 of the PFML sets forth the various requirements for approved private plans, which generally must provide employees with at least the same level of benefits and under the same conditions. Employers may not shift the cost of a private plan to employees above what the employee portion of the PFML contributions are under a state-run plan. Employers and employees that are subject to a private plan are not subject to the contribution rates noted above.

The initial PFML contribution rate, as of the October 1, 2019 effective date, will be 0.75 percent of all wages, up to the Old Age, Survivors and Disability Insurance (OASDI) annual limit under 42 U.S.C. § 430 ($132,900 for 2019). The contribution rate may be adjusted annually by DFML to ensure the solvency of the PFML trust fund. The initial rate of 0.75 percent was increased from the 0.63 percent rate, found in the enacting legislation in 2018, to account for the three-month delayed effective date.

By September 30, 2019, employers are required to provide written notice to all covered individuals of PFML benefits, covered individual contribution rates, job protections, and employer contribution rates. Beginning on October 1, 2019, covered employers will be responsible for making deductions from wages or payments for services made to their workforces in order to fund the required quarterly contributions to the DFML. With respect to computing the initial PFML contributions, the DFML recently explained that contributions will be determined when wages are paid to employees, not when the employees performed services for those wages: “if an employee receives a paycheck on or after October 1, 2019 where some of those wages were for services performed prior to October 1, 2019, then all of the wages in the paycheck will be subject to contributions.”

Like the current reporting and remittance for unemployment insurance contributions, employers and covered business entities must file quarterly Employment and Wage Detail Reports and their PFML contributions for the period, through the Massachusetts’ Department of Revenue’s MassTaxConnect system by the end of the month following the quarter, beginning January 31, 2020 for the fourth quarter of 2019.

In June 2019, the Connecticut legislature passed the Act Concerning Paid Family and Medical Leave that would allow for 12 weeks of paid family and medical leave for workers in the state beginning on January 1, 2022. The new law, which was signed by the governor on June 25, 2019, amended Connecticut’s prior leave law to grant employees 12 weeks of paid leave over the duration of 12 months and will cover all private employers, regardless of size. This coverage contrasts with Connecticut’s current Family and Medical Leave Law (in effect until January 1, 2022) that only covers employers with 75 or more employees in the state.

Eligible employees under the new law are any employees who work for a covered employer and have worked for the three months immediately preceding their request for leave. In addition, the amendments expand leave coverage from immediate family members to those relatives with a close association to the covered employee, including grandparents, grandchildren, siblings, and other blood relatives.

To fund the new program, covered employers under the Act must begin withholding tax from employee wages paid on or after January 1, 2021. The amount withheld, or deducted, is based on employee subject earnings of up to 0.5 percent. Subject earnings (total wages as defined in Connecticut unemployment compensation law) that are available for the deduction will be limited to the amount of annual wages up to the OASDI limit under 42 U.S.C. § 430. A quasi-public agency, The Family and Medical Leave Authority, will be established by the new law and will be responsible for administering the paid leave program, including forthcoming filing and remittance obligations for employers.

Like Massachusetts, but unlike the District, the Connecticut program allows employers to provide benefits through approved private plans, which must provide their employees with at least the same level of benefits, subject to the same conditions and costs to employees, as the state-run program. Employees covered by an employer’s private plan do not have to contribute to the Connecticut program.

Important considerations and next steps

All employers with employees living or working in these locations should consider whether or not they are covered employers and will need to start paying any required taxes or preparing to withhold from employee compensation. They also should reach out to internal payroll and accounting teams to confirm that their systems are set up to begin processing these payments and the associated reporting obligations. They should make sure that they have the notices and other documentation needed, and coordinate and communicate with their payroll and human resource teams to ensure compliance with the new laws.

Generally, in the context of these paid family and medical leave developments, covered employers should consider reviewing their current leave offerings and benefits plans to determine whether existing plans should be modified based on the new laws. Employers should consider reviewing their current paid leave benefits to determine how their benefits programs will interact with the paid leave benefits in various locations. For example, Massachusetts offers an exemption from making contributions to the PFML program for employers who have approved plans with benefits that are equal to or more generous than those under the PFML. Employers in Massachusetts may want to adjust their paid leave programs to qualify for the exemption or prepare to apply for the exemption if it applies to them. 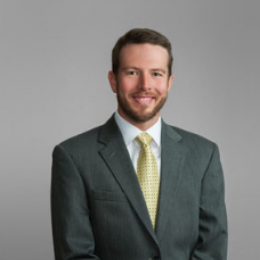 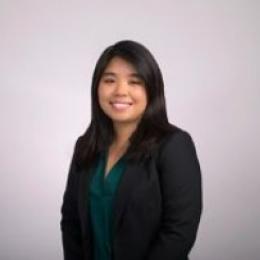 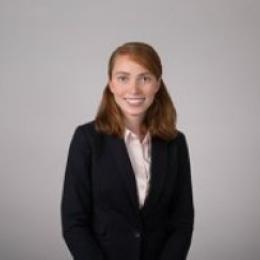