Beautiful 45,000-year-old cave paintings prove that artful images have long played a critical function in human communications. People expressed concepts and shared ideas through colorful pictures long before we developed and used written alphabets to write the “language of law” as we know it today.

Yet, pixels on computer screens have allowed us to come full circle. Today, we sprinkle emojis throughout our virtual communications, using them as non-verbal cues that add context and clarity to our written messages.

The initial lawyerly instinct is to enforce a strict ban on emojis in all communications. But as our cave-dwelling ancestors seemed to know, we’d be missing out on a powerful medium of expression if we did. Instead, lawyers should embrace emojis and learn how and where to use them appropriately.

Why and where should lawyers use emojis?

“Oh, that’s not how I meant that to sound when I wrote it.” Written text can feel ambiguous without facial expressions and gestures that act as visual cues during face-to-face communication.

Emojis allow us to supplement writing with visual representations of these physical expressions. Lawyers can use emojis as social cues in texts, emails, and social media to emphasize meaning and improve comprehension. Advantages can include the following increased abilities.

A majority (81 percent) of emoji users believe that people who use emojis are friendlier and more approachable, according to the Adobe Emoji Trend Report. Likewise, 74 percent say that emojis make positive news more sincere. Nearly eight in 10 say the use of emojis positively impacts the likability of the person communicating with them, while 63 percent say it boosts credibility.

These elements can transfer to legal advice, humanizing lawyers whose previously written communications may have felt distant and cold. You appear friendly and approachable when you show emojis like smiles and handshakes and display images such as green lights and stop signs to emphasize points.

That same likeability factor can also boost your marketing outreach on social media. Adding an emoji to your Tweet can increase engagement by 25 percent. Emojis in your Facebook posts can increase shares by 33 percent and interactions by 57 percent.

Research shows we are much better at remembering pictures than words (even when test items are presented as words), a phenomenon known as the Picture Superiority Effect. This effect may mean emojis help people remember your message more effectively, ultimately increasing the likelihood that they will comply with instructions and follow up accordingly.

Many communications from lawyers are designed to influence how people think, feel, and act. Emojis can help you appeal to emotions and amplify your influence. The Adobe Emoji Trends report found that most people use emojis to lighten the mood of conversations (93 percent) and show support to people (91 percent). You can do the same, using emojis that elicit friendly responses and encourage desired actions. For example:

When using emojis, consider the communication preferences of your audience. Sixty-eight percent of people aged 18 to 34 feel more comfortable expressing emotions through visuals than through phone conversations, compared to just 37 percent of those over the age of 65. This is one reason you should use emojis as a supplement to — not a replacement for — written information.

Use a few thoughtful and relevant emojis to emphasize an idea that is simultaneously expressed in writing. With emojis, a little goes a long way. There’s no need to include three lock and key emojis or four pointing finger emojis. One works nicely.

Of course, you have to be careful. Some emojis convey multiple or hidden meanings, as the 93 percent of people who use the peach emoji to portray something other than fruit could attest. Avoiding misinterpretations is another reason to always include text in a message that uses an emoji.

If you don’t feel completely confident in your choice of emoji, do not use it.

The following resources can help you determine the meaning of an emoji:

We’re nowhere near peppering legal briefs with smiley faces and hands folded in prayer. And we won’t ever get to the point where judges release decisions that consist solely of the thumbs-down or thumbs-up emoji.

But visual imagery has been part of the human dialogue for thousands of years. The practice and application of law can never be held separate and apart from the methods people use to communicate.

Lawyers cannot ignore, nor effectively ban, the plethora of emojis, GIFs, stickers, and other images that add spice to online work conversations today. Instead, we should embrace emojis as practical tools to display our human side and better manage impressions in texts, emails, and other virtual discussions. 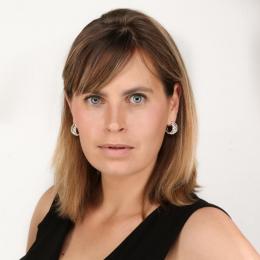