By nature, lawyers avoid risk. Tech gurus in Silicon Valley, however, thrive on it. As the general counsel of Avira, a German cybersecurity and antivirus software company, Claus Kaufmann had to learn how to delicately balance preventing risk while simultaneously embracing it.

Avira is one of the world’s first antivirus software companies with more than 100 million customers worldwide. Its security solutions protect computers, servers, and smart phones. Through an in-house lens, however, pioneering cybersecurity initiatives that promise millions of customers’ security and protection of privacy — but also could possibly fail — seems like a recipe for disaster.

That’s why since joining Avira in 2008, Kaufmann has taken every precaution to ensure his company complies with the law and protects their customers’ privacy. It was during his stint at their Silicon Valley office that he internalized the tech hub’s “fail fast, learn fast” mantra.

Unlike most ambitious overachievers, Silicon Valley higher-ups don’t think failure is a catastrophe or career-ending gaffe. Instead, they see it as a way to improve their company or pivot to something more in-tune with their customers’ needs. The key is to learn your lesson and move on — fast. If not, another company will find a quicker and better way to deliver their product to the masses and put you out of business.

Adapting to Silicon Valley’s bold risk-taking method took some rewiring on Kaufmann’s part, especially as a general counsel in the cybersecurity industry. “A typical legal approach is to try to eliminate each and every risk,” he explains. “When you do that, you try to avoid failure. You don’t allow yourself to fail because you’re taking a very conservative approach.” Within time, however, Kaufmann would become comfortable with the idea of risk and failure.

Kaufmann’s passion for technology and computers began at a young age, thanks in part to his mother. As a science and mathematics teacher, he had a very early version of the IBM compatible PC at home. This PC, however, could not play games like Atari STs or Commodores’ C64, which were popular among his friends.

Rather than let his PC collect dust, he spent his time at the computer learning programming languages, such as Turbo Pascal and Microsoft BASIC. Another hobby was using a Lego-like construction toy system, which allowed him to build automated toys via a PC interface and programming languages.

Soon, he and his friends were building robots rather than playing games on trendier computers. Most of the robots they built mimicked assembly line robots, but one called Turtle captivated him the most. “It had wheels and sensors so that it could drive around and explore its environment,” he beams. “ This is when I realized there’s so much more you can do with computers besides gaming.”

From coding to legalese

Kaufmann earned his legal degree from University of Konstanz in Baden-Württemberg, Germany. There he used his computer skills at a side job designing websites. It was a good opportunity to earn money and gain experience in an interesting field.

But Kaufmann knew designing websites wasn’t the ultimate profession for him. He wanted a job where he could interact with clients and delve into business economics. He considered pursuing a master’s degree in business, but even business school couldn’t provide the career path he had in mind.

“I wanted to keep my options open as much as possible, and law seemed like a good opportunity for that,” he reflects. “As a lawyer, you can work at a company, but you can also be self-employed or go to a law firm. However, if you take a classic business class, you have somewhat limited choices.”

That propelled him to earn his master’s degree in information technology and telecommunications law at University of Strathclyde in Glasgow, Scotland. From there, Kaufmann landed a position as an attorney at law at Dr. Widmer & Partner, a Swiss boutique firm specializing in computer science, e-business, and telecommunications law. It was through this experience that he gained a direct exposure to clients.

“You see how companies handle and approach risk differently,” he says. “It was very beneficial to me to see a large number of clients that I was working with at the time, and I could build on that for developing my own in-house strategy.”

However, he also realized that while advising many different clients on their legal matters offered great insight into their strategies, there also was something important missing: “Being on the outside counsel meant that you were limited to the legal aspect of the project you’re working on,” he says. “I saw that the people we were working with on the in-house side had a much bigger exposure to more business-related questions. Only this broader view, however, puts you in the position to balance risks and opportunities.”

Failure as an option

Kaufmann joined Avira as a legal counsel in 2008, and then was promoted to general counsel only a year later. When he started, Avira was continuing their global expansion, with offices opening in China, Japan, and Malaysia. The next logical step was Silicon Valley.

“In late 2011 we had reached the point where the United States was the last unconquered territory for us,” he remembers. “As a software company, we wanted to be where a lot of our customers are, and where a lot of potential partners and strategic partners are.”

Avira opened its Silicon Valley office in 2012, and Kaufmann joined soon after. As vice president of operations, he ran into his first problem not long after arriving. Due to the nine-hour time difference, his international team could no longer have weekly in-person meetings. Now they saw each other in person only once or twice a quarter.

“Our team tried a lot of different things, from weekly one-on-ones to daily updates like they do in the software industry with quick stand-up meetings,” he reveals. After a few hiccups, they found the communication style that worked best for their intercontinental company.

“We found that using online collaboration tools and well-structured video calls worked very well to ensure everybody was on the same page. Whenever something needed a more in-depth discussion, we took this offline to not derail the meeting,” he explains. Last but not least, the team also conducted regular in-person meetings to strengthen team spirit. “Getting to that mode of operation required constant monitoring of what went well and what didn’t created a culture of open feedback,” Kaufmann says.

But Kaufmann embraced Silicon Valley’s “fail fast, learn fast” mindset beyond organizational tasks: “It’s like a not-so-conservative approach to taking risk,” he explains. “Instead, it’s thinking from the perspective of how big is the damage that could potentially happen and how problematic it could be if we try it maybe on a smaller scale. If it works on the smaller scale, then let’s try to roll it out on a bigger scale.”

Kaufmann continued to use the “fail fast, learn fast” method when he returned to Avira’s headquarters in Germany in 2015. As GC, he encouraged his team not to see risk in a too negative light if they want the company to move forward. “Risk is part of life and trying to eliminate it completely most likely also means eliminating any chance of success,” he says. “This is why I want my team to not only ask ‘what could happen and how can we avoid it,’ but also to think of ways how we can deal with it.”

Should the risk not be a success, Kaufmann knows how he and his team will bounce back. “If we fail, we obviously still need to make sure that it’s not going to be massive failure. Then we’ll decide quickly whether we want to continue with that approach or try new things,” he explains.

Catching up to tech

Though Kaufmann has adapted to Silicon Valley’s fast-paced culture, the legislative side of law is “light years away” from catching up. “If you look at the lifecycle of legislation compared to the lifecycle of technology, they’re worlds apart,” he notes.

Legislation’s torpidity is problematic for companies developing cutting-edge technology. One example he mentions is how long Europe has taken to enact the privacy rules of the General Protection Data Regulation (GDPR). “While technology undergoes major changes, there is a great chance legislation will already be outdated in light of the new legal challenges arising from resulting business models,” he explains.

According to Kaufmann, the disparity between law and technology will only get worse. “I think what we’re seeing today is only the beginning. Companies like Airbnb and Uber that are really challenging the law. In 90 percent of the cases, we’re already wandering on unchartered territory,” he says.

Navigating legislation is especially difficult for privacy companies like Avira. “We’re constantly in a space where legislation doesn’t simply answer all the questions that occur with regard to the handling of data and the types of partnerships that are happening,” he says.

Thankfully, his time in Silicon Valley has changed his outlook on how to handle those seemingly daunting situations. “As a lawyer in those areas, you need to be willing to try new things, to have an open mind, and ultimately to take risks even though you can’t look it up whether this is going to be correct or not.” If not, he’ll learn fast and move on until he succeeds.

Getting to Know... Claus Kaufmann

Where’s the next place you want to travel?

Skiing in the Alps — somewhere in Austria. It’s going to be the first time my wife and I will have gone skiing in Europe since we came back from the United States in 2015. When we lived in the United States, we skied a lot. We went to Tahoe, California; Vail, Colorado; some slopes in Utah; and even Whistler in British Columbia, Canada. We really tried to get a taste of everything while we were there and make the best of our time.

What book are you reading?

I recently finished Salim Imail’s Exponential Organizations, which discusses how to organize your business to improve performance and increase growth. Now I’m reading the biography of Elon Musk, the Silicon Valley magnate and founder of SpaceX and co-founder of Tesla Motors.

Steaks, like porterhouse and rib-eye. I have a great passion for barbequing, so it’s always fun slapping them on the grill and trying new rubs and recipes. Given the fabulous weather in California, it was barbeque season all year long, so we tried a lot of new things and we brought that back to Germany. 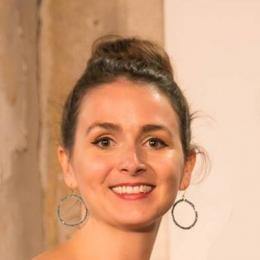