Corporations, investors, consumers, and regulators are increasingly focused on human rights. In the last few years, we have witnessed the proliferation and adoption of human rights standards and laws based almost entirely on companies’ voluntary evaluation and disclosure of their efforts to eradicate modern slavery in their commercial operations.

The primary enforcers were the public, non-governmental organizations, investors, and consumers. Recent indicators suggest that regulators, particularly in the United States, plan to join this list.

On Dec. 3, 2021, the United States released the 2021 National Action Plan to Combat Human Trafficking that called upon the US Department of Justice (DOJ) to enhance US efforts to combat human trafficking. The US Attorney General responded that the DOJ is “committed to using every tool at [its] disposal to prevent human trafficking; increase detection, investigation and prosecution.”

These recent pronouncements, as well as an uptick in cross-departmental cooperation, signal an emerging trend toward increased human rights enforcement, including criminal enforcement, globally.

In this article, we explore current modern slavery laws, the potential emerging shift from a disclosure-based regime to an enforcement-based regime, and offer practical suggestions for how companies can consider evaluating and enhancing their human rights approach to address this emerging trend.

What is modern slavery?

While slavery can sometimes be clear, some forms of it might not be obvious. Common indicators of “modern slavery” can include:

Though each case is unique, a common theme across instances of modern slavery is that it involves vulnerable populations that are coerced or deceived into exploitative circumstances with limited recourse.

While anti-slavery laws may seem like a recent phenomenon, nearly every country has had laws for many years that prohibit modern slavery or treat freedom as a fundamental right. Despite these laws, the issue persists.

Both bodies of law place companies squarely in the position of a key change agent in the fight against modern slavery.

Disclosure laws focus on reducing modern slavery through public disclosure and discourse by requiring certain companies to disclose their efforts to eradicate modern slavery in their commercial activities.

The laws require companies with revenue above a certain threshold to disclose on their public-facing websites (and, for Australia, submit to the customs authorities) a statement that details the company’s efforts to prevent modern slavery in their commercial operations and/or supply chains. The disclosures typically must cover a variety of topics, including the company’s structure, operations and supply chain, actions taken to assess and address relevant risks, and anti-modern slavery controls (e.g., policies, training, remediation), among other areas.

A novelty of these laws is that they do not explicitly mandate any measures be taken to eradicate modern slavery, just that companies disclose what they were doing, even if it was little or nothing.

Some practitioners interpret the Australian Modern Slavery Act to include an implicit expectation of diligence (or at least an evaluation) of their operations and supply chains, given the difficulty of reporting in the absence of the evaluation; however, the law does not contain an explicit requirement contained in the diligence laws.

Even without explicit mandates, the laws spurred action at some companies and highlighted others’ on-going positive efforts in the space.

Diligence laws focus on requiring companies, through diligence, to evaluate and manage their human rights practices.

Other jurisdictions in Europe have also announced similar proposals, including Germany, Switzerland, and Norway. For example, Germany is in the process of implementing a Supply Chain Due Diligence Act, and the European Commission is expected to announce a proposal for pan-European mandatory human rights and environmental due diligence requirements in March 2022.

The diligence laws attempt to create a duty of care (or otherwise) for companies to evaluate their commercial operations, via diligence or other assessment, identify human rights risks, and develop an action plan to address and/or mitigate those risks.

While violations of the diligence law typically include potential civil penalties, regulatory fines, or, in the case of the Netherlands, criminal sanctions if a company receives two fines for violating the law within a five-year period, we are not aware of any enforcement actions that have resulted in regulatory penalties.

France’s Law of Vigilance provided for significant potential fines of up to €30 million, but the French Constitutional Council found these penalties unconstitutional and suppressed the sanctions. And while there have been lawsuits filed in French courts, these suits assert damages rather than penalties or fines.

The common criticism of recent anti-modern slavery laws is their lack of enforcement mechanisms. Several laws ostensibly create civil liability for companies that engage in human rights abuses, but the lawsuits brought under those laws have typically not been particularly successful.

The critics state that, without enforcement, bad actors are neither punished nor deterred from engaging in misconduct. More recently, however, we are beginning to see shift to address this concern and bring regulatory enforcement to the forefront of anti-modern slavery measures. For example, the Netherlands Child Labor Due Diligence Act includes potential criminal sanctions and is considered the first instance of a modern anti-slavery law imposing potential criminal sanctions, but it is not slated to go into effect until mid-2022.

Beginning in 2016, the United States closed the “consumptive demand” exception to the Tariff Act of 1930. This change permitted the Department of Homeland Security to take more aggressive action to stop goods coming into the United States that may have been associated with human rights abuses, increasing the number of Withhold Release Orders (WROs) from zero between 2001 and 2015 to 26 between 2016 and 2020. More recently, in 2020, the US Customs and Border Protection agency issued its first civil penalty and forced labor finding since 1996.

The Tariff Act of 1930 prohibits the importation of goods, wares, articles, and merchandise mined, produced, or manufactured wholly or in part in any foreign country by convict labor or/and forced labor or/and indentured labor under penal sanctions. The “consumptive demand” exception allowed affected goods to be imported if the US could not meet sufficient demand through US production.

Now, with the recent pronouncements by the Biden Administration and DOJ, it appears as if criminal enforcement may also be an emerging risk. While it is currently unclear how such a prosecution might unfold and some have argued current law would not support that approach, multiple government publications have cited the Trafficking Victims Protection Reauthorization Act (TVPRA) of 2008 when discussing the legal implications of United States entity involvement in potentially forced or trafficked labor abroad.

According to these publications, the TVPRA creates civil and criminal liability for knowingly utilizing forced labor or consciously disregarding a substantial risk that it was benefiting from participation in a venture that uses forced labor. To date, there have not been any publicly known criminal enforcement actions under the TVPRA, but recent public pronouncements suggest that this might change in the future.

While too early to predict, the recent pronouncements by US regulators, coupled with the uptick in regulatory actions, suggest US enforcement officials are increasingly focused on human rights.

Furthermore, the potential for prosecution under the TVPRA is reminiscent of enforcement activity under the Foreign Corrupt Practices Act (the FCPA). As many readers may recall, the FCPA existed for many years before becoming a regular criminal enforcement tool. It is possible that the TVPRA might follow a similar trajectory as the FCPA as human rights issues become an increasingly area of focus for the DOJ.

The key practical approach is to evaluate whether the anti-modern slavery program can borrow from or reflect the core elements of a compliance program organized pursuant to the US sentencing guidelines and DOJ guidance.

The following considerations can help companies target their evaluation of whether their programs are sufficiently tailored to manage potential human rights risks and issues in a potential new age of enforcement:

Many government agencies that oversee modern slavery provide helpful resources to assist companies in evaluating and addressing their enterprise risk, and to effectively build a compliance program. For example, the Australian authorities provide numerous resources to guide the creation (and continued improvement) of an anti-modern slavery program, including a program checklist with suggestions and examples, training guidance, disclosure writing tools, and even a yearly disclosure review to guide specific program enhancements.

Additionally, the United Nations Guiding Principles on Business and Human Rights provides helpful information on internationally recognized human rights best practices for companies’ consideration. These resources, coupled with the DOJ’s A Resource Guide to the US Foreign Corrupt Practices Act and Evaluation of Corporate Compliance Programs, also provide helpful guidance on how to develop or evaluate an effective compliance program, including many lessons for anti-modern slavery programs.

As the anti-modern slavery landscape shifts toward an enforcement regime, it is time for companies to take a fresh look at their anti-modern slavery approaches from a compliance perspective. By borrowing from compliance infrastructure and learnings, companies can leverage existing resources to thoughtfully address enforcement risk and to minimize potential liability.

Most importantly, companies can be actors of positive change for human rights. 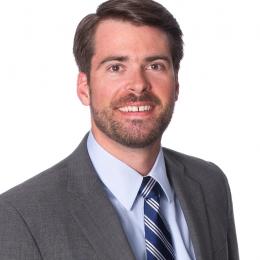 The Clorox Company
Director of Legal 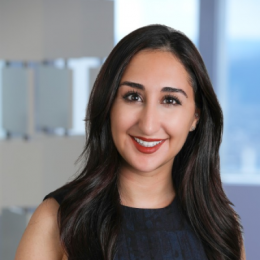