The Modern Slavery Act 2018 (Cth) (the Act) came into effect on 1 January 2019 as part of the Australian government’s response to eliminating modern slavery.

The Act seeks to mitigate modern slavery practices throughout supply chains of goods and services in the Australian market.

Building on existing instruments aimed at protecting human rights generally – including making human trafficking, slavery and slavery like practices, including servitude and forced labour, criminal acts in the Criminal Code, the Act seeks to protect hired workers in Australia from exploitation and underpayment.

The Act is also supplemented by state legislation, including New South Wales’ Modern Slavery Act 2018 (NSW) (NSW Act). Although the NSW Act was passed in June 2018, as at 21 September 2021, it has yet to commence, with the NSW government indicating it is seeking greater harmony between state and national law. If the NSW Act does commence in its current state, it, will mean more entities will fall within its scope, especially as the NSW Act contains a AU$50 million reporting threshold, lower than that of the Act. Also at odds with the Act is the introduction of a penalty regime for breaches of the legislation. The potential for new developments in the law is a reminder for businesses to be proactively engaged in addressing modern slavery risk in their operations.

Reporting requirements under the Act

The Act applies to both Australian (including the Australian Government) and foreign entities operating in Australia. These entities are required to submit public Modern Slavery Statements for every 12-month period that they have an annual revenue of at least AU$100 million. This threshold is inclusive of the entity’s controlled entities. The regime also allows for entities that don’t meet that threshold to volunteer to report Modern Slavery Statements annually.

A Modern Slavery Statement is required to address mandatory criteria set out in the Act, which include requirements to:

Lessons and practical tips from the first reporting period

Fujitsu is a full-service provider of information technology and communications solutions, including in general strategic consulting, application and infrastructure solutions and services. Throughout Australia and New Zealand, Fujitsu works with customers to consult, design, build, operate, and support business solutions. Fujitsu outsources a number of its functions to companies which are part of the Fujitsu Group in the Philippines, India and other countries around the world.

An initial analysis of the first 121 Modern Slavery Statements published during the first reporting period suggested low commitment and resourcing with only 28 percent of reporting entities having a modern slavery working group, according to Fair Supply Analytics.

In anticipation of its ongoing obligations under the Act Fujitsu:

Established a modern slavery working group/committee (the committee). Membership of the committee incorporates senior staff with expertise in procurement, law and ethics, compliance, and responsible business practices.  The committee meets at least quarterly and provides a valuable forum for Fujitsu to identify changes in the legal landscape and coordinate Fujitsu and supplier compliance with its modern slavery legal and ethical obligations.

Managing the level of risk in an entity’s supply chain is an ongoing task that existed prior to the Act, and continues beyond the submission of annual Modern Slavery Statements. Ongoing efforts to respond to modern slavery risks are best embedded in the day-to-day operations of any responsible business. Fujitsu embeds risk mitigation into its operations in a number of ways including by adopting the Code of Conduct of the Responsible Business Alliance (RBA Code). In 2017, the Fujitsu Group joined the Responsible Business Alliance, which is a coalition promoting corporate social responsibility. Fujitsu has adopted, and encourages its suppliers to similarly adopt, the RBA Code as its Corporate Social Responsibility Procurement Guideline.

Fujitsu has almost 2,000 existing and active suppliers across its Australia and New Zealand operations.

Fujitsu applies a two-step approach to assessing its supply chain and reporting, including reporting required in accordance with the Act.

Suppliers are also required to accept Fujitsu’s Supplier Code of Conduct for Corporate Social Responsibility. Fujitsu has a supplier management framework in place to continuously monitor suppliers throughout the duration of the contractual relationship.

Since the introduction of the Act, Fujitsu has taken further steps to assess and mitigate risk in its supply chain. These include the following:

Ninety-eight percent of in-scope suppliers completed and returned the Modern Slavery Questionnaire, which enabled Fujitsu to undertake a thorough analysis of its suppliers. The questionnaires were sent out to suppliers prior to the outbreak of COVID-19.

Fujitsu is a multinational corporate group with offices and suppliers located in countries all around the world. Where high risk suppliers were identified operating in countries outside of Australia, Fujitsu was able to leverage the skills and resources of the local procurement team of the Fujitsu entity operating there to conduct audit and remediation activities with those suppliers.

While it is necessary for relevant entities to comply with the requirements of the Act, the process of elimination of modern slavery risks does not end at merely meeting legislative requirements. A supplier mapping exercise is critical.

The steps Fujitsu has taken in its first Reporting Period are part of an overall and continuing mitigation strategy that other companies can emulate. Fujitsu takes a “continuous improvement” approach to addressing potential modern slavery risk throughout its organisation and suppliers. To that end, for the next Reporting Period, Fujitsu intends to delve deeper into the investigation of its suppliers, by increasing the number of those suppliers considered in-scope for the purposes of its FY21 Modern Slavery Questionnaire (which has been updated, for example, to further consider questions around the presence of conflict minerals in suppliers’ supply chains). Fujitsu looks forward to sharing the outcomes and actions arising from these investigations in its next Modern Slavery Statement. 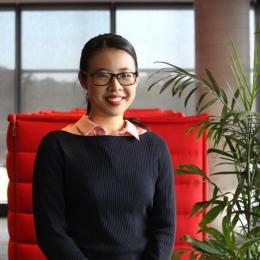 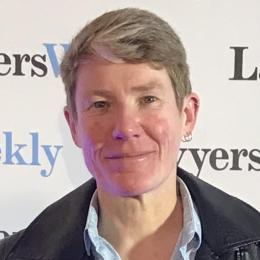