The Sexual Harassment of Women at Workplace (Prevention, Prohibition, and Redressal) Act, 2013 (the POSH Act) is one of the most recent and significant laws in India. Aimed at ensuring that workplaces are safe and respectful for women, the law sets out a detailed framework that not only prohibits sexual harassment of women in the workplace, and terms it the same as misconduct, but also envisages a grievance redressal mechanism to inquire into complaints of sexual harassment filed by aggrieved women.

As more organizations are aligning themselves with these legal requirements, certain on-the-ground implementation challenges have surfaced. One of these challenges is the treatment of workplace sexual harassment complaints within entities that form part of the same group (parent-subsidiaries, for instance). This issue is significant, as there are several instances in which group entities have shared resources, or their personnel constantly interact with one another during their employment.

Long before the POSH Act came into effect, the judiciary in India had been the frontrunner in identifying the challenges faced by women in the prevailing social context. Safeguards against sexual harassment were formally introduced at the outset through the pronouncement of the Supreme Court of India (the Supreme Court) in Vishaka and Others v. State of Rajasthan [(1997) 6 SCC 241], which ultimately became the foundation of the POSH Act.

The POSH Act provides a detailed procedure to be adopted for the inquiry into a complaint of sexual harassment filed by an aggrieved women (who need not be an employee at the concerned workplace) and requires a forum to hear the complaint and record its findings in the matter.

Specifically, the POSH Act mandates the constitution of an internal committee (IC) at every establishment or branch having 10 or more employees. The IC consists of a Presiding Officer (any female employee who is employed at the senior level in the establishment), not less than two members among the employees in the establishment who are committed to the cause of women, and one external member from one of the non-governmental organizations committed to the cause of women. One half of the appointed members must be women.

Despite such detailed requirements around constitution and composition of an IC, it is not uncommon for employers to substitute these requirements with their own internal grievance redressal and ethics procedures. This is prevalent among Indian subsidiaries of overseas parent entities that tend to follow global internal procedures around conduct and discipline. Indian courts, however, have given strong precedence to the statutory framework for redressal of sexual harassment complaints.

Recently, in the case of Nisha Priya Bhatia v. Union of India [(2020) SCC OnLine SC 394], the Supreme Court observed that “there can be no departure whatsoever from the procedure prescribed under the 2013 Act…either in matters of complaint or of inquiry thereunder. The sanctity of such procedure stands undisputed."

Given the existence of such robust mechanism under the POSH Act, and its strict endorsement by the Supreme Court, employers should examine all aspects of the POSH Act while firming up their internal redressal procedures and dealing with complaints on an ongoing basis.

Grievance redressal in the context of group entities

1. Constitution of a central committee across group entities:

For group entities, it is often observed that the IC constituted for inquiry into sexual harassment complaints remains common for all companies forming part of the same corporate group.

This, however, may conflict with the POSH Act’s objective and scheme. For one, except for the external member, the members of an IC are required to be employees of the entity constituting such IC. Then again, the idea of an establishment-specific (and branch-specific) IC is to ensure that the committee is accessible and familiar to the female workforce in such an establishment or unit.

Notably, while the requirement of an entity-specific IC is applied strictly by authorities and the judiciary, the Parliamentary Standing Committee in one of its reports explored the possibility of a nodal committee. That committee noted that for a company with multiple units, establishing one IC should suffice, as the management and all the employees are under the same company, provided there is adequate representation from each of the relevant offices on such nodal IC.

The POSH Act stipulates that inquiry into a complaint of sexual harassment against a respondent can only be initiated and conducted by the IC of the organization where the respondent is employed.

The objective of this rule is to ensure that appropriate action can be taken against the respondent, should the IC’s inquiry find the charges against him or her to be substantiated. However, in certain situations, it is likely that the complainant may express her reservations against the IC of the respondent’s employer, on the basis that there is perceived bias of the IC in favor of the respondent or that such IC is not accessible to her.

In such cases where the IC of the complainant’s employer forwards its findings to the IC of the respondent’s employer, a related concern is to maintain the confidentiality of the information so shared in view of Section 16 of the POSH Act.

It may be argued that the legislator’s intent for including a confidentiality provision in the POSH Act was to ensure that there is no unwarranted publicity of the parties’ identity or the contents of the complaint, and that the sharing of findings between the two ICs, if carried out to allow the competent IC to exercise its legitimate jurisdiction over the matter, would not entail illegality, since such IC would anyway have assumed jurisdiction but for the aggrieved woman’s reservations.

The approach discussed above should be considered with caution, considering the lack of jurisprudence addressing such solutions.

Future of the POSH Act

The jurisprudence under the POSH Act is constantly evolving. Challenges to reconcile legal requirements, practicality, and administrative convenience, have been increasingly coming to light. Intragroup centralization of IC functions and information flows between ICs remain sensitive issues. Considering the strict interpretation of the POSH Act, and the lack of judiciary or executive action addressing these questions, it is prudent to build, record, and constantly update internal best practices, particularly when complaints emanate from interaction of the personnel of different entities in course of their employment. 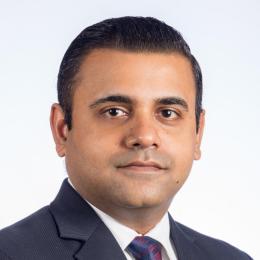 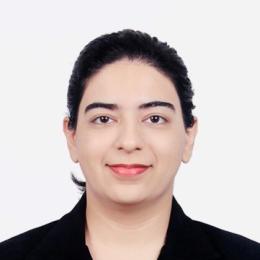 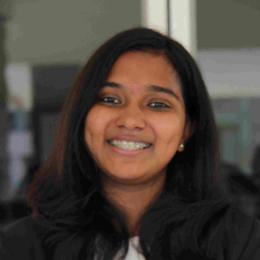