Most tech platforms are like those luxury gated communities or apartment complexes that have so many amenities, like on-site grocery stores, pickleball courts, and health spas, that you stop wondering about the outside world because it is so pleasant and convenient inside. We often call these ecosystems “closed platforms” or “walled gardens.”

For many years, there was the tech equivalent of a holy war between fans of more open platforms and the companies that use them, like Google, and fans of more closed platforms and the companies that have built them, like Apple or Microsoft. The open platform supporters tended to have sufficient tech skills that they were offended by the very idea that anyone should limit what they could do on their own devices. Supporters of the more closed platforms were derided as “fanboys” who were willing to trade away the ability to customize for security or brand recognition.

But it has never been that simple. Take Apple for example. Their Mac computers run on a form of Unix, one of the most open platforms. You can install anything you want on a Mac, program directly from the command line in Terminal, write scripts that impact, and take advantage of any part of the hardware or OS. I have been using some of these features for years and love that about the Mac. This makes the Mac versatile and powerful — but also vulnerable to user error. Although the Mac does have powerful protections against things like malware, there is no way to protect users from the consequences of their own actions. A user can easily “brick” (i.e., make a device totally unusable) a Mac by making some bad decisions or mistakes.

Contrast that with an iPhone. When iPhones debuted in 2007, Apple recognized that they had to be constrained in many ways by virtue of the device’s size. Nobody had ever built such a tiny but capable personal computer. Power consumption had to be constrained and so did the processer (in part because of the power issue but also to avoid generating heat in such a small container). In addition, Apple recognized that these very personal, very intimate computers would have to be much simpler to use. You could brick your Mac and nothing tragic was likely to happen so long as you had it backed up. But bricking your iPhone if you needed to make an emergency call? Unacceptable.

So even though the iPhone OS was built on a Mac OS foundation, it was a much different beast. You could hand your iPhone to a toddler and be pretty sure they couldn’t damage it — short of physically breaking it — because of inherent limitations baked into the operating system. You could never do that with a Mac.

When an iPhone-like Android phone came out a year later, in 2008, it was immediately heralded by the “open” community as a far superior device. After all, the software itself was open source. You could install any apps you wanted on it, it could be made by many different manufacturers, and so forth. In that respect, it was very “Mac like.”

But its openness was also a drawback. Users could and often did brick their devices by installing the wrong things or modifying their system settings too much. Because you could load any app on Android, there has always been more malware on Android devices. And because different manufacturers made Android phones and were permitted to “fork,” or build upon the Android OS code in unexpected ways, developers were forced to design apps that would accommodate a huge spectrum of devices and operating systems. The result were apps that were typically not as slick as the ones designed for a single operating system.

It got to the point where, several years ago, Google was forced to try reining in Android’s openness. The company started making its own Android phones to convey the “genuine” Android experience. I only buy such Pixel devices made by Google because they are the only ones I trust, and they are now much closer in concept to the iPhone than they were in 2008 insofar as “openness” is concerned. (And inevitably, iPhones have adopted many of the features of Android phones as well.)

There are both upsides and downsides to walled garden platforms. The downsides include the aforementioned issue of it being more difficult to switch platforms because you become so heavily invested in them. As a consequence of that investment, you become less aware of competing systems and their advantages. Also, there are weaknesses in every platform. For example, as much as Siri and Apple Mail have improved over the past few years, Google Assistant and Gmail are still quite a bit better. Similarly, as much as Android has improved, there are far more privacy and malware concerns on Android than on Apple. There are always tradeoffs.

There are, of course, many upsides (or they wouldn’t be considered gardens). One big one is the learning curve. It is hard enough to learn most of the useful tips and tricks on any one platform without trying to learn them on all without getting confused. An experienced Android user will find it easier to manage and troubleshoot a Chromebook than an iPhone user, and vice versa.

One thing I’ve realized is that it may not even be wise to try to mix and match. You could use an iPhone with a PC or Chromebook, or an Android Phone with a Mac, but it seems like you then experience the worst of both platforms, rather than the best of each. The platforms’ various devices are made to sync with and handoff to each other in ways that cross-platform devices cannot. This is why, even though I have a Pixel phone and a Windows laptop, I almost exclusively use my Macs, iPads, iPhone, Apple Watch, etc. I know that if I open a document or app on one and then decide to work on it in another, the document or app will be just as I left it. My mail folders and rules will sync across devices, as will my keyboard shortcuts. It is a far more seamless experience.

Of course, you may not have a choice. Many lawyers are required to use an iPhone and a Windows laptop, for example. This has become a lot easier than it once was, as both Apple and Microsoft have made a concerted effort to make it so. But if you have the choice, I recommend investing heavily in one platform. I think you will be amazed at how frictionless that can be.

And starting this year, my own reasons for focusing on Apple will become even stronger. At its Worldwide Developer Conference in June, Apple announced that it will be releasing new Macs by the end of this year that will run on its own Apple silicon instead of Intel chips, similar to the ones that power the iPad Pro and iPhones. What this will mean, aside from even better performance and battery life, is that any apps that run on iOS will also run on the Mac. I have dozens and dozens of apps on my iPad Pro and iPhone that I have wished would come to the Mac. Now they will.

Eventually a platform may come along with enough features to seduce me to explore outside of my very attractive walled garden. As a tech enthusiast, it is harder for me to resist the lure of almost any new shiny that comes along. But for now, I am most productive and satisfied staying in the garden I know best.

For more of Greg’s tech insights, visit ACCDocket.com to read his “In-house at Home” column on working from home. 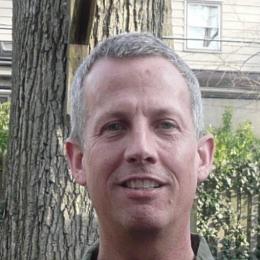