Compliance culture is critical to the mission of every organization — and an essential part of the in-house practice.

Take the recent conviction of former Theranos CEO Elizabeth Holmes for defrauding investors. Beyond the violations of the law, this case can teach us about compliance culture.

All three cases trigger the same tone-at-the-top factor of the US Department of Justice (DOJ) criminal division’s Evaluation of Corporate Compliance Programs guidelines, which were most recently updated in June 2020.

“The company’s top leaders — the board of directors and executives — set the tone for the rest of the company.”

The emphatic pronouncement from on high (the C-suite) of an ambitious corporate mission, which excluded any ongoing conversation, learning, or feedback during execution, seemingly was the Achilles heel in all three cases.

In-house counsel, company leaders, and directors should pay careful attention to the description of mission, execution of it, and the interplay with corporate compliance culture considering these cases and the prominence of derivative shareholder lawsuits against officers and directors alleging inadequate board oversight.

Signs of a toxic culture

Based upon extensive press coverage and testimony during the Holmes trial, the corporate culture at Theranos was toxic. When employees raised questions or noted concerns about the efficacy of Edison, their proprietary medical testing device, Holmes and her leadership team shut down, threatened, or eliminated them. The company’s response was to say, “You are not team players.”

As a result, most of the proven talent left the company, and those that remained kept their heads down and stopped raising questions or concerns.

Reportedly, on one occasion, when a colleague asked about the legality or propriety of claims they were making about their testing device and medical test results, Ramesh “Sunny” Balwani, the former company president and chief operating officer, reportedly responded in an email, “I am extremely irritated and frustrated by folks with no legal background taking legal positions and interpretations on these matters.” It was clearly taboo to question anything about the company, especially on a serious issue.

When a corporate mandate or goal is unveiled, the top office and board usually has enthusiastically embraced it — at times without soliciting broader input or feedback, which is essential. The opportunity for broad feedback and analysis from the organization should continue during the execution and later review stages. In-house counsel must advise the C-suite and consider systems to create, implement, and nurture such an open culture.

Similarly, at Boeing, according to public reports, many employees felt the 737 Max project was handled differently than other projects. Boeing seemed to be rushing to obtain approval of the new aircraft in response to tough competition from Airbus. And this strong push reportedly came from the top, Dennis Muilenburg, the former CEO, and his leadership team.

To convince Southwest Airlines to fly the 737 Max, Boeing assured the airline that its pilots would not need costly simulator training on the redesigned aircraft and offered a US$1M rebate per plane if the extra training would be required. Employees felt pressured to downplay the need for additional pilot training and to allow the project to move forward despite inadequate change-management systems. The normal processes were not followed and the rigor on evaluating the safety aspects suffered.

Boeing’s 737 Max was later involved in two fatal crashes, the October 2018 crash of Lion Air Flight 610 in the Java Sea, Indonesia, which killed 189 passengers and crew, and the March 2019 crash of Ethiopian Airlines flight 302, which killed 157.

Many believe that Mark Forkner, one of the technical pilots charged because of his involvement in the Boeing scandal, was a scapegoat and that the prosecution ignored the larger organizational failure that caused the 737 to fail. Similarly, the Deferred Prosecution Agreement between Boeing and DOJ, finalized in January 2021, has been criticized by many as far too lenient on the company, letting them off too easily given the magnitude of the compliance lapse that led to the crashes and fatalities.

The derivative shareholder claims against the Boeing directors for inadequate oversight and governance on the 737 Max safety issues are getting a lot of attention and putting a spotlight on tone from the top aspects of corporate strategy and compliance.

Turning to Volkswagen, in 2008, Martin Winterkorn, the former CEO, pronounced to his senior leadership team, “We will be number 1 in diesel sales globally by 2018.”  “Strategy 2018” required the company to invent a clean diesel alternative that would comply with stringent emissions requirements, particularly in the United States, where their sales lagged.

Unbeknownst to consumers, the vehicles that resulted from this ambitious campaign had cheat devices installed in them and were at times emitting almost 40 times the permissible NOx limits during normal road operation and conditions.

Clearly, many employees at multiple levels of the organization were aware that the cheat devices were part of the unfolding of the Strategy 2018 campaign but felt powerless to raise concerns or objections given the culture reinforced by Winterkorn and other senior leadership.  One executive apparently pushed back, but even that was not enough to make a difference.

The company paid dearly for this massive compliance infraction. Unlike Boeing, they did not get off with a deferred prosecution agreement. Volkswagon eventually pleaded guilty to criminal charges and paid a US$2.8 billion fine in the United States alone.

According to Volkswagen, altogether the scandal has cost the company and its shareholders in the range of US$35 billion to date in fines, penalties, financial settlements, and buyback costs.

In all three of these cases, based upon what has been reported publicly, the organizations lacked the institutional courage to listen to employees who raised legitimate and fair questions about their respective missions, compliance orientation, and trajectory.

It certainly takes courage to listen as an organization. Listening means that the leadership team may need to hear what it doesn’t want to recognize: brutal facts they would rather not have to address.  As difficult as it may be, this is critical and fundamental to building and maintaining a healthy compliance culture.

A speak-up culture will never exist without a listen-first culture. Employees will communicate  when they notice issues or potential problems when they believe that their organizations will pay attention and then do the right thing. This includes no fear of retaliation for having raised difficult or unpopular matters.

The proliferation of whistleblower claims in the last few years, and  these high-profile corporate compliance lapses, may be indicative of growing instances of inadequate listening cultures within organizations.

A critical lesson Theranos,  Boeing, and Volkswagen teach us from a compliance perspective is that for bold corporate missions to be successful and sustainable, discussion with and feedback from employees at all levels of the organization  should be a prerequisite before adopting new initiatives and throughout the implementation stage. 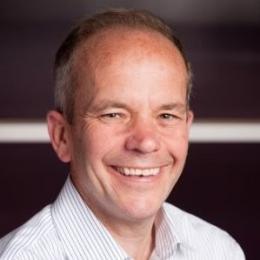