Take a cursory look at the faces of any given board, law firm partnership, or senior leadership team in Australia and one thing stands out — almost all of them are white men. Even the women, when they are there, are mostly white.

Much has (rightly) been done for gender diversity at executive levels in Australia and the Western world — although the fact that people still see boards made up of 30 percent women as being a commendable ratio speaks volumes.

Often overlooked, however, is the lack of racial diversity in legal institutions and corporate workplaces, particularly at senior levels. And if you are a woman who is not from an Anglo-Celtic or European background, you are almost completely unrepresented in leadership roles. In my experience, if a leadership team or law firm partnership is all white, that is just accepted as a given.

It shouldn’t be like this. There is a whole body of evidence indicating that companies thrive (economically and socially) when there is diversity — of perspectives, voices, and experiences – including, and especially, at senior levels. If a senior leadership team is not representative of society (or the organization’s consumer base), that organization is unlikely to be getting the best results for its business.

So, what’s really going on here? Is it simply that people in power don’t want to share it (or are afraid they will lose it)? Or do we genuinely not see the value in difference and think that diversity will compromise “merit” rather than enhance it?

I see your gender card and raise you a race card

It’s no secret that “the law” is a masculine beast. The grueling hours, the inflexibility of legal institutions, and a system designed to reward those who put in the most time were clearly designed by a man with a stay-at-home spouse — or at least a man who never had to put dinner on the table for his kids.

Women currently make up around 30 percent of law firm partners across Australia. Most of them are from Anglo-Celtic or European backgrounds. Although a larger proportion of general counsel, including heads of legal, are women, they are still overwhelmingly white.

According to 2021 research from MindTribes, women of color in Australia typically spend up to eight years longer in middle management roles compared to their white female counterparts. They also get paid less — the pay gap for women of color is double the national average gender pay gap.

Even in industries that have a relatively high proportion of people who are not from Anglo-Celtic/European backgrounds, those individuals are absent from leadership ranks. This happens with gender too. Organizations with high concentrations of women overall tend to be lower paid and/or will still have a disproportionately high number of men in the upper ranks.

What I have found curious is that racial diversity appears to be the beast that nobody wants to tackle. Even organizations that are making great progress on the gender diversity front tend to put racial diversity in the “too hard” basket or worse, the “no appetite” basket. Often this is camouflaged by the old “let’s-just-tackle-one-issue-at-a-time” attitude. But here’s the thing — as a society, we tackle multiple issues all the time. It doesn’t have to be either gender or race; it can and should be both.

And while I have focused this article on the intersection between gender and race because of my personal experience, there are other types of diversity that are equally worthy of consideration, including neurodivergence, sexuality, class, and disability. People sometimes tell me that the focus on gender diversity in corporate Australia in recent years has “opened the floodgates” as though that were a bad thing!

If paying attention to gender diversity has made people more empathetic to diversity of all kinds, maybe, just maybe, we will be working towards a kinder, more inclusive society generally. One that will also thrive in the traditional economic sense, because we know that diversity is good for business.

Who cares if most CEOs in Australia are white men named Andrew?

It’s the old adage of “you can’t be what you can’t see.” When you don’t see anybody like you in positions of power and authority, you start to think there is only a certain kind of person who has currency or is valuable.

And in Australia that means seeing that most CEOs are white men, and there are more men named Andrew than there are women.

It is a vicious circle — people tend to hire people who are like them. So, if there aren’t any women of color in leadership positions, women of color are less likely to get hired.

When they say: “There just aren’t enough women, let alone women of color.”

When a company is challenged about a lack of gender diversity in its leadership team, a usual complaint is that there “aren’t enough qualified women.” This is particularly so in male-heavy industries but also trotted out in relation to the composition of boards.

I find this whole argument odd. Firstly, because there absolutely are enough women of color. Smart, talented, experienced women, including women of color, are everywhere. But when the people who are judging what constitutes “qualified” and setting the benchmark on what leadership looks like are mostly male and mostly white, biases play a heavy role.

Secondly, if a corporation asked itself why it does not have a diverse range of applicants for a job, the answer almost always lies in company culture and industry reputation.

To put it another way, does the company (a) recognize that the legal and corporate world has been defined through a white male lens, (b) genuinely acknowledge the barriers facing women and people of color as a result, and (c) take active steps to address those barriers?

If they say: “We won’t do quotas because we hire on merit.”

I am an advocate for quotas at leadership levels (law firm partnerships, boards, in-house leadership teams) — and it’s interesting that this is still seen as “extreme.” The most common argument against quotas is that leadership positions should be “based on merit,” but merit is such a flawed, biased concept.

Who defines merit? Those already in charge — who are often white men. And when you look at a law firm partnership, a senior leadership team, or a board of directors that is all male or all white, you have to ask, “So, every person worthy of merit just happened to be male and/or white?” It’s frankly baffling that someone wouldn’t see a problem.

Imagine what it means for a woman of color to constantly be told appointments are “based on merit” but then never see anybody like her in those appointments. And worse, have everybody act like that is normal.

When you hear: “Only certain types of people are suited to being lawyers — the rest just aren’t up to it.”

Lawyers famously take perverse pride in being run to the ground and burning the midnight oil. “That’s just what being a lawyer is,” is the answer I got from a (white, male) boss many moons ago when I raised the issue of overwork.

Any traditional definition of the “ideal lawyer” involves long hours and 101 percent commitment to the job to the exclusion of other commitments. Immediately this excludes huge chunks of people including anybody with significant caretaking responsibilities (statistically, still mostly women).

Add to that the standard “billables” model in law firms of rewarding hours worked and you can see that the whole profession is designed to exclude women and people from communities designed for intergenerational care where extended family and the caring duties/responsibilities that go with that are valued highly (i.e., a lot of ethnic minorities).

Any profession that, by virtue of its own structure, systemically excludes an entire sex or entire groups of ethnicities is one problematic profession.

As long as lawyers are valued for the long hours they work, the face-time they put in, their networks of people like them, and their acceptance of centuries-old hierarchies, there will never be diversity. Because there is really only one group of people that this model works for (and let’s just say it’s not Black lesbian single mothers).

Instead of saying only certain people have the stomach for the law and the rest can lump it, why don’t we ask what we can do to make the law a friendlier, kinder place for everybody? Employees who are happy and rested will always produce better work than employees who are grumpy and exhausted.

What are some practical things companies can do to address a lack of diversity?

If you are reading this thinking, “This is all a bit much,” it is worth asking why. Really, why is it too much to ask to make workplaces and institutions more inclusive and reflective of society? Why can’t we continue our work on gender parity while also talking about race parity?

I am generally optimistic about the future of diversity, and this is largely due to what I know about the new generation of lawyers across corporations. They are far more willing to speak up about injustice, and they are (rightly) demanding a better quality of working life including one which prioritizes their own mental health. The old “working- ridiculous-hours-is-just-what-lawyers-do” line simply won’t cut it anymore, just as all-male or all-white boards won’t cut it. We all deserve better than that.

A note on terminology

Terminology in this space can be tricky and is constantly evolving. I am using “women of color” to include Black, Indigenous, East Asian, South Asian, Hispanic/Latinx, and Middle Eastern women, or women who are commonly perceived as, or identify as, women of color.

I am using the term “white” to include anyone from an Anglo-Celtic or European (including Western and Eastern Europe) background or who is commonly perceived as, or identifies as, white.

I acknowledge that this is a complicated area and that these terms have flaws (including that they do not adequately account for differences within each group). 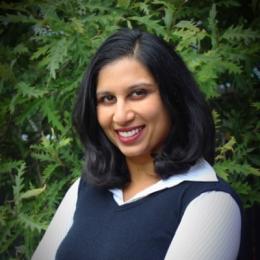