We are living in a data-driven world and there are few, if any, areas, especially in the workplace, where data isn’t becoming increasingly relevant. Diversity, equity, and inclusion (DEI) is no exception. The collection, review, and acknowledgement of DEI data, if done correctly, can help greatly in an organization’s drive for increased equity.

But where to begin? And how to continue? Answering those questions effectively is vital to ensure that your DEI efforts are truly sustainable. Here are five key steps to keep in mind.

There are many different data points that can feed into a DEI program. The first is data that may identify where diversity and inclusion gaps exist based on race, gender, or other personal characteristics. This sort of information is found within existing workforce data and includes the following rates:

While you may select a specific area on which to focus, be open to uncovering potential blind spots. For instance, focusing solely on overall diversity numbers may obscure inclusion problems that may be revealed through a deeper dive into who is leaving the organization and may present an incomplete picture.

That’s why it is important to benchmark each level of the organization. A company may have a diverse workforce, but if members of underrepresented groups are disproportionately concentrated in certain positions, data may reveal whether there is a glass ceiling in the middle-management ranks or above.

Also, data tracking how long employees are staying in their jobs before being promoted to the next level may spotlight racial and gender differences. Drill down to identify where a problem exists. Having data for each level provides a good starting point. For example:

Measuring the retention rate is particularly important as high turnover could have several negative effects, including much greater recruiting and training costs. If diverse employees are leaving at a higher rate than other groups, it may signal that your DEI efforts are ineffective after the hiring stage.

Another way to use data is to conduct a pay analysis to uncover whether discrepancies exist based on protected characteristics, such as race or gender, among employees performing the same or similar work. If the pay data shows a discrepancy, consider reevaluating your total compensation system to ensure there is fairness in the process itself.

Employers also must gather data to measure whether their culture is inclusive. This data is based on employee experiences and perceptions.

An anonymous employee survey may show if there is a future attrition risk with members of certain underrepresented groups. These surveys should include an array of questions, including:

If talented employees are walking out the door or are thinking about it, you need to find out why. Surveys may uncover some underlying reasons, including employee perceptions about unconscious biases that may be steering members of underrepresented groups to certain positions.

Comparing the responses of different groups of employees (e.g., by race, gender, and supervisorial position) may help an employer to identify teams or departments that are trouble spots and those that are more inclusive.

Ignoring any gaps discovered during data collection runs the risk of having past statements supporting diversity appear to be mere lip service. Setting targeted goals based on the data and then pursuing them shows employees that the DEI strategy is real. This can be achieved through a multi-channel communication approach, including email and intranet communications.

In setting goals, prioritize any problem areas first and evaluate contributing factors to gaps that may exist. For instance, a lack of diverse employees in leadership (such as token or no representation of Black people or women at the higher levels) may be driven by factors including slower promotion rates and lower mid-level hiring rates.

Diversity goals, however, should be aspirational rather than a strict quota. The US Supreme Court has noted that setting explicit quotas is illegal in finding that "outright racial balancing is unconstitutional."

While it is legal to set a goal of having a certain percentage of Black or Latinx employees, do not reserve positions based on those characteristics. Instead, achieve that goal by broadening the pool of job candidates and looking for talent in different places.

"Don't incentivize managers based on outcomes," explains said Jackson Lewis employment attorney Matthew Camardella, co-chair of the firm's Affirmative Action and Office of Federal Contract Compliance Programs (OFCCP) practice group, in noting that tying bonuses to hiring numbers increases the likelihood that quotas will be set based on race and other characteristics.

"Reserving positions [based on an individual's characteristics] could be a problem. Issues arise where an employer is setting aside jobs, for example, in an effort to get to 30 percent of Black employees," said Camardella.

However, incentivizing managers for DEI activities creates accountability. According to Camardella, this may include rewards for:

It also may include performance reviews that require managers to provide concrete examples of their efforts to develop diverse employees or steps taken to make their teams more inclusive.

A commitment to interview a certain number of candidates from underrepresented groups would broaden the hiring pool without running afoul of the law. In setting goals, you may request that employment agencies refer qualified minorities and women as part of their screening process, as long as fixed quotas are avoided.

The EEOC provides guidance on distinguishing affirmative action goals from a racial quota that may prove helpful with efforts to build a more diverse and inclusive organization. The EEOC notes, for instance, that a plan may:

Benchmarks help determine what goals can be achieved based on the data an employer collects. First, compare the organization's demographic numbers with the local labor market. Some commonly used benchmarks include:

In selecting meaningful benchmarks, look beyond the industry to see if your workforce mirrors the composition of the community or customers it serves. Establish targets based on future labor market projections with the overall US workforce and population projected to be more diverse in future years.

In addition, evaluate large companywide goals at the division, unit, or team level as different locations or departments may face unique challenges. Companies also should benchmark against their own current performance and set goals based on that data. Finally, measure participation rates in inclusion surveys as that will provide a sense of how an organization is faring with its culture.

5. Have a long-term strategy

Data collection should be part of an ongoing process, so it becomes part of your organization's DNA. There is no quick fix with DEI efforts. Instead, it must be part of a long-term strategy or else the numbers will become dated.

When compiling DEI data, share the findings with the leadership team and get buy-in about the next steps. Regularly generating data-driven evidence is vital to efforts for continuous improvement. This review process will show if new initiatives are succeeding and, if not, may provide needed insights to pivot to something more effective.

A good strategy is to connect the data with business objectives and show how taking action will help the bottom line. This includes measuring not just diversity, but also how your organization is faring in terms of equity and inclusion. 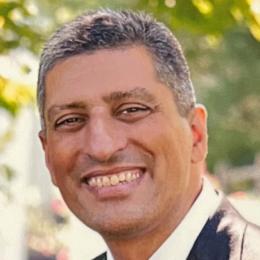