If you have been reading the news, you have seen the ever-increasing dollar amounts of awards made to whistleblowers reporting securities law violations to the US Securities and Exchange Commission (SEC). In fact, in its annual report to Congress, the SEC noted that 2016 was an exceptional year for the whistleblower program, with both the number of whistleblowers and the number of awards to whistleblowers increasing. Since the inception of the SEC’s whistleblower program in 2011, whistleblowers have received US$142 million in awards from the SEC. Couple that with the Yates Memo, which states that corporations cannot protect individuals acting on behalf of the corporation from culpability for criminal acts, and you have strong incentives for companies to think long and hard about whether to report any unlawful activities it discovers within its own organization.

The Yates Memo, written in September of 2015, entitled “Individual Accountability for Corporate Wrongdoing,” was issued by Deputy Attorney General Sally Yates to all Department of Justice (DOJ) departments and United States Attorney’s Offices and expanded upon prior opinions in establishing individual accountability as the focus of DOJ investigations. Additionally, the Yates Memo underscored that corporations must fully cooperate with DOJ investigations in order to receive cooperation credit. This is an all-or-nothing approach that gives no credit for partial cooperation.

The US Department of Justice’s (DOJ) National Security Division recently increased these incentives in the context of export laws by providing guidance on how businesses can voluntarily self-disclose willful export violations and thereby gain certain benefits that would not be available to them had they not self-reported. The guidance begins by stating that:

Foreign governments and other non-state adversaries of the United States are engaged in an aggressive campaign to acquire superior technologies and commodities that are developed, manufactured, and controlled in, and by, the United States. Such acquisitions — when conducted in contravention of US law and policy — undermine the comparative and competitive advantages of US industries and warfighters and, consequently, the national and economic security of the United States.

When viewed in the light of national security, deterring export control violations can be of paramount importance and that is what the guidance aims to promote.

The principle of voluntary self-disclosure

While self-disclosures may go by other names, depending on the agency and context, nearly every regulatory agency has a process by which a company may receive decreased penalties in exchange for self-reporting violations. There has been an increasing amount of emphasis on voluntary self-disclosure (VSD) in the context of the US Foreign Corrupt Practices Act (FCPA). In fact, the DOJ has recently embarked on a pilot program for the purpose of encouraging VSDs.

Companies that have been operating under the current import and export control regime are familiar with the principle of self-disclosure. The US Office of Foreign Assets Control (OFAC), the US Bureau of Industry and Security (BIS), and the US Office of the Treasury all encourage voluntary self-disclosure in a variety of forms and with a variety of benefits depending on the kind of infraction, the mitigating circumstances found, and the timing of the disclosure.

In such a context, in-house counsel will need to review the rules, regulations, and procedures of the various agencies whose purview they fall under. It is not enough to comply with only one agency’s requirements — all must be met. For example, when analyzing whether an export to Iran is permitted, both BIS and OFAC rules must be examined. Because export law violations may involve multiple agencies, disclosures to more than one agency may be necessary in the case of a voluntary self-disclosure. Overlapping agency regulations can be difficult to navigate, as no clear guidance may be available from the regulatory bodies. Obtaining an opinion from outside counsel specializing in export law may be helpful.

What are export controls?

The term export controls refers to the regulations imposed by countries on what kinds of products may be exported, to whom, and for what purpose. Products that are export controlled are assigned an ECCN (export control classification number) that details what can and cannot be done with that product, who it can be sold to, and what internal controls, reporting requirements, or license requirements may be imposed on the company doing the exporting. It should be noted that export regulations are extraterritorial. A US company that manufactures overseas and ships its products to its customers overseas would still be subject to US export laws, even though they have not physically exported a product out of the United States.

The guidance recognizes that there are limits on what evidence a company can provide and the depth and extent of the investigation that it can undertake. For instance, a smaller company may not have the resources or personnel to dedicate to an extensive investigation. Here, the guiding principle should be that the company does what is within its reasonable ability and is completely transparent about the limits of its investigation.

In June 2016, the SEC entered into a non-prosecution agreement with Analogic and its wholly-owned Danish subsidiary, BK Medical, for FCPA accounting controls violations. BK Medical did self-disclose these violations to the DOJ, but still failed to receive full cooperation credit because they did not disclose all relevant information from the company’s own internal investigation. The DOJ could have offered BK Medical up to a 50 percent reduction in fines had the company cooperated fully, but instead they were offered only a 30 percent discount. Ultimately, the company paid US$7.67 million in disgorgement, US$3.8 million in prejudgment interest, and US$3.4 million in criminal fines, for a grand total of nearly US$15 million.

The moral of the story is that in order to receive cooperation credit, a company must assist the DOJ, to the full extent it is able, in gathering evidence, including potential witnesses during the investigation. In particular, the DOJ may be unable to acquire evidence or testimony in foreign jurisdictions. In these situations, the company can be extremely useful in helping the DOJ to obtain that information.

Export-related government agencies and their purview

BIS: Bureau of Industry and Security, part of the US Department of Commerce, which oversees the Export Administration Regulations that govern “dual use” items (items that have both military and non-military applications).

DOJ: US Department of Justice, which is responsible for the enforcement of the law and administration of justice in the United States.

OFAC: Office of Foreign Assets Control, which serves as part of the US Treasury Department. Enforces trade sanctions based on US foreign policy and national security goals against targeted foreign countries and regimes, terrorists, international narcotics traffickers, those engaged in activities related to the proliferation of weapons of mass destruction, and other threats to the national security, foreign policy, or economy of the United States.

Naturally, after a company has disclosed actual or potential criminal export violations to the DOJ, and any other applicable agencies, the company will be expected to formulate plans to remediate the lack of controls that caused the violation and to discipline any employees involved in the criminal conduct.

Effective export controls begin with an effective compliance program that creates a culture of compliance, actively monitors itself, has checks and balances in place to avoid conflicts of interest, conducts periodic audits, and implements corrective action when a deficiency is discovered. When a failure is uncovered, the company’s compliance and audit program will need to be modified to ensure the same behaviors do not occur in the future. Compliance functions, by definition, need to have autonomy and authority to direct actions and implement systems to ensure that the company maintains compliance with applicable laws. Compliance staff will need regular training and must be qualified for their positions. Without all of the above, the DOJ may not give full cooperation credit, citing the company’s failure to implement suitable and timely remediation.

Employees who were either directly involved in the criminal conduct, or who had oversight responsibility and should have either detected or prevented the conduct, must be disciplined. The DOJ does not state what that discipline should entail, but it does mention that an employee’s compensation may be affected as a result of the discipline.

Overall, the DOJ is looking for the company to understand how serious export control violations are and will include in its analysis of whether the remediation has been timely and appropriate. “Any additional steps that demonstrate recognition of the seriousness of the corporation’s criminal conduct, acceptance of responsibility for it, and the implementation of measures to preclude a repetition of such misconduct, including measures to identify future risks.”

EAR: Export Administration Regulations are rules enforced by the Bureau of Industry and Security (BIS).

ECCN: Export Control Classification Number is a number showing the level of export controls under which a product falls.

HTS Code: Harmonized Tariff System is a number given to a product for the purposes of assessing duty.

CCATS: Commodity Control Classification Automated Tracking System (CCATS) is an alphanumeric code assigned by the BIS to products that it has classified under the Export Administration Regulations. A company may use a CCATS to determine which ECCN applies to its products.

VSD: Voluntary Self-Disclosure means voluntarily self-reporting a violation of the law to a regulatory agency.

Whether a company chooses to self-report criminal conduct to the DOJ or not, there are certain aggravating circumstances outlined in the guidance that will reflect unfavorably on the company and affect the amount of credit that the DOJ is willing to give.

Although the list is not limited, the DOJ does give the following examples:

It should be noted that whether a company makes a VSD or not, disgorgement of illegally-gotten profits will likely be required.

Benefits of cooperation and timely VSD

A company should, from a moral point of view, already be incentivized to self-report criminal conduct. Nonetheless, there are some additional tangible benefits that the DOJ is offering to companies who fully cooperate and who self-report before a whistleblower.

The reduced penalties include the possibility of a non-prosecution agreement (NPA), a reduced period of supervised compliance, a reduced fine and forfeiture, and no requirement for a monitor. The DOJ also has the option of reducing the amount of the criminal fine, especially if the company has already paid administrative fines to the DDTC, the BIS, and/or the OFAC.

Even if a whistleblower has gotten to the DOJ first, a fully cooperating and transparent organization is still eligible for some cooperation credit, including the “possibility of a deferred prosecution agreement (DPA), a reduced fine and forfeiture, and an outside auditor as opposed to a monitor.”

Given the significant financial benefits tempting whistleblowers, and the knowledge that a whistleblower could thwart the benefits of cooperation, companies are increasingly incentivized to self-report violations of the law. The DOJ is now strengthening those incentives in the area of export compliance as part of a larger trend toward focusing on individual culpability and corporate responsibility for wrongdoing. 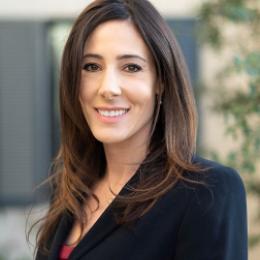