Often corporate or “strategic” buyers’ use of representation and warranty insurance (RWI) in lieu of a traditional indemnity and escrow/holdback arrangement (in which a portion of the purchase price is held back at closing by a third-party account) can be a reactive rather than proactive choice. For example, strategic buyers involved in competitive auction processes run by private equity sellers frequently find themselves in the position of being told by the seller that they must use RWI in order to remain competitive and react by offering RWI as part of their offer. For strategic buyers, though, RWI shouldn’t only be used reactively. There should be room in the strategic buyer’s toolbox for the proactive and preemptive use of RWI in implementing its mergers and acquisitions program.

This article reviews some of the basics of how RWI operates, identifies challenges associated with the use of RWI, and summarizes the process for acquiring RWI policies. It then explores circumstances in which proactive and preemptive use of RWI can help a strategic buyer successfully close more transactions while at the same time managing risk consistent with such buyer’s objectives.

Representation and warranty insurance in review

Generally, in exchange for an upfront premium, RWI policies can be purchased by either the buyer or the seller to protect the insured against unknown breaches of representations and warranties made by the seller in the acquisition agreement. In over 90 percent of instances, the buyer acquires the policy to enable the buyer to interact directly with the insurer rather than relying upon the seller to do so, and the insurance effectively replaces all or the bulk of the seller’s typical indemnity obligations.

RWI policies with a three- to six-year term can typically be acquired by strategic buyers for a premium equal to 2.5 percent to 3.5 percent of coverage sought, an underwriting or diligence fee generally in the range of US$25,000 to US$50,000, and any applicable government taxes or fees. The retention, or the amount of loss that the insured (the buyer or seller depending on whether it is a buy or sell-side policy), must bear before the insurance responds, is generally 0.75 percent to 1.5 percent of the target’s enterprise value, but it is typical to negotiate for a reduction in the retention over the term of the policy. As a general matter, the retention is an amount aligned with the aggregate of the buyer’s indemnity deductible and the seller’s indemnity cap in the acquisition agreement

Although insurers prefer to see structures in which the seller retains some economic risk through the indemnity and retention (perhaps supported by a seller escrow), it is not uncommon for buyers and sellers to negotiate terms in which the seller retains no indemnity obligation to the buyer for breaches of representations and warranties (other than in the case of fraud). Depending on the amount of RWI coverage sought by the insured for a transaction, one or more insurers can meet the aggregate coverage needs of the insured. In this regard, coverage limits are generally in the neighborhood of US$25-$40 million for a single insurer, but additional coverage from “excess” carriers can provide over US$1 billion in aggregate coverage on a single transaction. At the low-end of the spectrum, insurers are generally less interested in writing policies for fewer than US$5 million in coverage, with some carriers refusing limits below US$10 million.

When considering RWI policies, strategic buyers should understand common exclusions within the context of the risks presented by the target. Importantly, risks that are known to the insured are excluded. These known risks include any matters identified in the disclosure schedules or otherwise discovered by the knowledge group during diligence. Other common exclusions include pension underfunding, asbestos claims, and transfer pricing risks. While risks such as product liability and wage and hour or misclassification of employees often require more extensive diligence by the buyer before the insurer is willing to extend coverage to them, such risks can be addressed by RWI. In addition, because RWI policies are limited to representations and warranties, they generally do not cover purchase price adjustments, losses from covenant breaches, and special indemnities. An experienced RWI broker can advise on whether exclusions a strategic buyer may encounter are market realities or are open to negotiation.

Strategic buyers should analyze how RWI policies interact with available coverage under their insurance policies and those of the seller or target to ensure seamless coverage. For example, a gap could develop if the target’s continuing errors and omission (E&O) policy did not cover past E&O claims and the RWI also excluded claims of similar type. To prevent this, the exact language and definitions of loss as covered by the RWI policy need to be considered so that the policy language is not so broad as to preclude all such claims, even under circumstances in which the E&O policy was not available or beyond its coverage limit. Close coordination by buyers of the full insurance portfolio covering the target post-closing (RWI, buyer’s existing policies, and any target continuing policies or policies put into extended reporting) is important to prevent these and similar coverage gaps. Experienced counsel can identify and work with buyers and their brokers and insurers to prevent these gaps.

From a process perspective, the entire RWI process can take two weeks or less, depending on the industry, the ability of the buyer to present full diligence to the insurers, and whether the involved industry or target has any unique exclusion concerns. To start this process and obtain quotes from possible RWI insurers, the RWI broker will require a draft of the acquisition agreement, the seller’s offering memorandum and/or management presentation, and a description of the target’s business and financials. Quotes can typically be obtained in as little as two to three days. During the evaluation of the different insurers, the RWI broker should discuss the client’s overall insurance spend/portfolio with the strategic buyer and look to leverage existing relationships where relevant (for example, the North American RWI market now features over 20 participating carriers). Upon being selected by a strategic buyer, the chosen insurer will engage in an underwriting process that takes approximately one week to complete and consists of the insurer’s review of diligence on the target and negotiation of the RWI policy itself. During this diligence and negotiation phase, the insurer and its counsel are provided access to due diligence memoranda and the data room, as well as the deal team through one or more due diligence calls with the strategic buyer’s deal team. They also interact with the buyer’s other outside advisors, such as financial due diligence providers, investment banks, and tax advisors. If more than one insurer is being used in a particular RWI placement to obtain the desired coverage amounts, all will be involved, with typically the primary insurer leading the process with input from other insurers throughout.

Incorporating representation and warranty insurance into a strategic buyer’s toolbox

There are numerous circumstances in which the proactive and preemptive use of RWI can help a strategic buyer successfully close a transaction while at the same time managing risk consistent with the buyer’s objectives. In this regard, RWI can be coordinated with a traditional indemnification and escrow or holdback arrangement or can be obtained in lieu of a typical arrangement. Strategic buyers should consider RWI in the following circumstances.

Similar to the above example in which RWI can bridge parties’ disconnect on the total amount of indemnification coverage, RWI can connect parties who disagree on the term for which any indemnify protections should exist. For example, a strategic buyer may be unable to persuade the seller to agree to an indemnification survival period longer than a full audit cycle, while feeling strongly itself that a longer survival period is necessary. If the buyer obtains RWI with extended coverage and the seller’s indemnification obligations end under the purchase agreement at the nearer term date, both parties are satisfied.

RWI can be a very effective tool when used by a strategic buyer to preempt a target from initiating a competitive auction process. Often a strategic buyer invests considerable time and effort generating interest in a seller for a particular transaction with a goal of, among other things, preempting a competitive process and engaging in one-on-one negotiations to complete the transaction. While purchase price is most often the deciding factor under such circumstances, the seller may place value on its ability to retain all or substantially all of the purchase price through a reduced or eliminated escrow or holdback to the extent the strategic buyer proposes to use RWI. Collectively, this value may be enough for the seller to conclude that it should proceed with one-on-one negotiations with the strategic buyer.

For strategic buyers, making indemnification claims against sellers who have become employees is never easy, particularly for sellers who become leaders and star performers at the buyer post-closing. For targets in professional services or targets for which the sellers are personally critical to the success of the target post-transaction, the cultural and relationship damage that can arise from bringing indemnification claims against current employees can significantly impact the long-term success of the transaction. However, a strategic buyer can use RWI to address transaction risk rather than looking to employees, thereby preserving important relationships with employees while still addressing any losses it may experience.

Similar to the circumstances in which the strategic buyer is acquiring the target from a seller who will become a future buyer employee, acquiring targets from strategic partners can also complicate post-transaction indemnification claims. Pursuing indemnification claims against strategic partners can sour the relationship or complicate ongoing negotiations regarding the relationship. RWI can address this problem as well.

Understanding the advantages and limits of RWI, as well as the process for acquiring the coverage, will enable a strategic buyer to deploy RWI in the most advantageous manner. Partnering with experienced insurance brokers and transactional counsel, strategic buyers can make RWI an effective tool within their mergers and acquisitions toolbox. 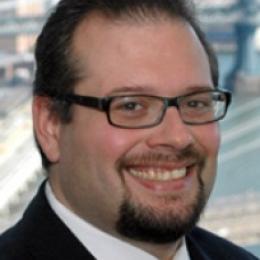 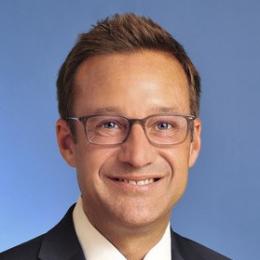