In this series, ACC Docket Chief Editor Tiffani Alexander sits down with notable general counsel and chief legal officers for in-depth insight into their lives and careers. See the first installment with Maria Green here.

Raj Barot has studied, worked, and lived all over the world. Currently managing director and general counsel at Agile Counsel, Barot has spent the majority of the last 10 years working and living in Singapore, Bangkok, and Mumbai. However, if you ask him where he's from, the lawyer/entrepreneur will claim the San Francisco Bay Area as home.

In this ACCDocket.com interview, Barot discusses his unique past and path to the practice of corporate law, how the role of in-house counsel has changed for the better (and where improvements can be made), practice in Southeast Asia (and elsewhere), advising and partnering with the business, and his startup, Agile Counsel.

Avid learner, traveler, but almost not a lawyer

ACC: Saying you're an avid learner and traveler may be an understatement. Where have your studies taken you and what drew you into a particular subject?

Raj Barot: I have always been an eclectic. I studied biology and humanities as an undergraduate at UC Irvine, South Asian art history and independent film as a graduate student at UC Berkeley, and intellectual property law at Brooklyn Law School. I also spent a significant amount of studying, working, and traveling abroad in India as a student, as I was fascinated with the immense history and diverse traditions of the region.

ACC: Did you always want to be a lawyer?

Raj: No, I never really thought about studying law until much later in graduate school when I became interested in civil rights movements. At the time, law school felt like a logical next step out of academia towards something that felt more relevant and practical, but I never saw myself pursuing the straight and narrow path of billable hours in a law firm.

I never imagined that my interests would coalesce and I would be advising cross-border technology companies in the United States and in Asia. It turned out to be the best decision I ever made, as it has afforded me numerous opportunities to work across multiple domains and geographies.

ACC: Your career has taken many twists and turns and you've held some pretty impressive positions. Can you tell us a little about them?

Raj: I spent at least half of my career in management roles, building and leading technology companies from the ground up. Most significantly, I was head of APAC operations for a San Francisco­-based legal informatics company that provided information retrieval and data analytics to corporate legal departments and law firms for large-scale litigation and investigation matters. In that role, I was responsible for launching operations in Mumbai and Bangalore, recruiting and managing a team of over 100 lawyers, linguists and software developers, and increasing resource utilization and gross margins year on year.

Most recently, I managed all legal and compliance matters across 11 markets for a leading e-commerce platform in Southeast Asia that was acquired by Moet Hennessy Louis Vuitton (LVMH). In that role, I was responsible for leading market expansion efforts into Indonesia, Thailand, and India, and later managing all aspects of a cross-border M&A transaction with LVMH from due diligence to post-closing integration.

The evolution of the role of in-house counsel

ACC: A lot has been written about the "evolution of the role of in-house." What are your thoughts on the evolution?

Raj: The evolution never felt like much of a surprise to me, but rather natural and inevitable. Particularly with the peaks and ebbs in the economy, many companies can no longer afford to keep a team of legal advisors on payroll if they aren't actively helping the company achieve its revenue targets. For me, I have always worked in matrixed entrepreneurial environments where I had to integrate my legal and business skills on a day-to-day basis. In fact, I always saw my legal skills as giving me a strategic advantage over my peers, which enabled me to work across a wider range of domains and challenges.

ACC: What has surprised you the most about the in-house counsel evolution?

Raj: What's surprising is that the role hasn't evolved faster and that legal counsel hasn't made itself more relevant to business partners, particularly among emerging growth companies and companies outside the United States where the "old normal" still dominates.

For example, it's not uncommon for CFOs to take on more operational responsibilities (including management of legal) and assume leadership roles, eventually moving into COO or CEO roles. It's rare for general counsel to make a similar transition, possibly because of the risk-averse and almost academic way we have been taught to practice our profession.

ACC: Can you elaborate on why we don't see as many general counsel make those types of career moves?

Raj: Unfortunately, some business partners still maintain a very myopic view of in-house legal counsel and what they can bring to the table, particularly when it comes to business strategy, product development, and market expansion — all too often in-house legal counsel is seen in the same manner as an outsourced service provider rather than an integral part of the senior management team.

For example, lawyers are rarely invited to participate in product development meetings, and are usually given invention disclosures to analyze only after the fact. Imagine the possibilities if they were integrated.

ACC: Where has the evolution fallen short?

Raj: Compared to their business counterparts, in-house counsel and lawyers in general have been slow to adopt technology and innovate. A good example is the field of technology assisted review (TAR) which has been around for more than a decade but has only recently become a defensible strategy (much to the credit of courts who are increasingly insisting on the use of TAR) to search voluminous data sets and meet their production demands.

ACC: What is important for in-house counsel to consider when advising senior leadership, and how does one's approach vary when advising the CEO as opposed to the CFO?

Raj: When working with senior leadership, it's important to remain solution-oriented and not to become a naysayer. The goal is to help them to better understand the risks and rewards of various options, as well as to investigate and analyze the motivations and concerns driving a particular decision, ensuring that they make the best possible decision in the best interests of the company, shareholders, and employees.

In terms of advising the CFO versus the CEO, it's often much easier to work with CFOs because they are often equally focused on cost/risk mitigation and maintaining shareholder value. CEOs are more visionary and at times need to be counseled on the short- and long-term risks so that they can avoid costly mistakes.

ACC: How do you combat the perception that the legal department is often viewed as the "office of no"?

Raj: It's important to remain solution-oriented and help business teams consider and pursue alternatives rather than just saying no. This means taking on a consultative approach, asking them what they are seeking to do and how others in the marketplace have addressed similar challenges, endeavoring to think outside the box and brainstorm solutions together, and then weighing the pros and cons together to arrive at the best possible next steps.

ACC: As general counsel, how do you balance your role as a gatekeeper (minimizing risks, keeping the company compliant, etc.) with your role as a partner to the business?

Raj: I work to ensure that we are not simply partners to the business, but part of the team that is helping to make the cost-benefit analysis between various options. While we may need to advise against a particular course of action, there is inevitably another solution out there — another means to an end that is legally permissible and which can help a business achieve its goals.

ACC: What does in-house practice look like in Singapore?

Raj: In-house practice and work culture in Singapore is very similar to other cosmopolitan cities because of the large presence of multinational companies particularly from the Silicon Valley and elsewhere in the United States. At the same time, there are significant differences because most of the commercial activity for companies that base their Asian headquarters here takes place elsewhere in Southeast Asia, China and India. As a result, in-house practice inevitable involves working across many diverse legal traditions and languages.

ACC: What about the legal profession in general — what are some of the differences and similarities you've experienced working in-house in different locations/countries?

Raj: Singapore, Hong Kong, and India are common law jurisdictions where English is widely spoken in professional circles, which makes it easier to navigate or at least identify and read the relevant rules and regulations. However, practicing in other parts of Asia like Indonesia and Thailand where English is not spoken widely makes it very challenging. Invariably one needs access to a local team or engage service providers to help translate and figure out what needs to be done, as well as what workarounds — if they exist — are available to help your business teams achieve their objectives.

ACC: What are some challenges of the legal profession in Singapore that are unique to the location?

Raj: Lawyers who are trained in this part of the world tend to be more traditional and risk-averse. As a result, the length of contracts one sees and the amount it takes to review and negotiate them tends to be longer and more time-consuming than one would find in the United States.

I mentor and work with a lot of technology start-ups in the region and have reviewed a fair number of early-stage financing agreements. Compared to San Francisco, I am always amazed with how complex these documents are in Southeast Asia. It's not uncommon to see convertible note agreements exceed 50+ pages, intending to address every possible scenario from getting its first customer to going IPO on NYSE.

ACC: Tell me a bit about the company you founded, Agile Counsel?

We often provide outside general counsel services to start-ups, which lack full-time in-house counsel but have important, ongoing legal needs that are not a good fit for traditional, hourly-rate law firms. For more established companies, we serve as an extension of their in-house legal team, handling special projects, covering underserved areas of the business, or managing unexpected spikes in workload.

ACC: Where did the name come from?

Raj: The name of the company was inspired by the agile manifesto and the movement that it founded, which has completely transformed software development by creating smarter ways to craft, confirm, and deliver code through closer collaboration between the development team and business stakeholders. In the same manner, we seek to provide an alternative to traditional legal practice that is more collaborative, responsive and business oriented, and builds value by leveraging technology and thinking creatively to solve regulatory and competitive challenges.

ACC: What advice would you have for a lawyer who is changing industries, like you did when you moved from a technology company to a consumer goods company?

Raj: Don't stop. Technology and emerging markets are constantly changing. If you want to stay ahead of the curve, you need to do the same.

Getting to know Raj Barot

What book are you currently reading?

The Lean Startup, by Eric Ries.

What's something most people don't know about you?

Out of law school, I built and ran a cultural arts nonprofit in San Francisco that promoted documentary film, dance, music, and theatre by South Asian artists, often to support charitable development and relief projects in South Asia.

What's it like living between Singapore and San Francisco?

It's really like night and day. Though there are a lot of similarities — both cities are very friendly, culturally diverse, and technologically advanced (and expensive), Singapore is obviously more conservative, but its proximity to rest of Asia makes it a great place to work, raise a family, and travel. 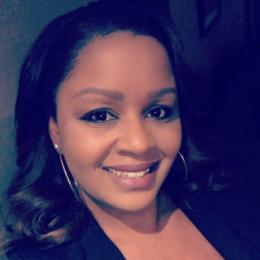