The Dutch Supreme Court has confirmed legal professional privilege (LPP) for legal advice from foreign in-house lawyers, but only if they can show a formal guarantee of independence from their employer.

The case arose from a 2016 criminal investigation into the acquisition of the Etosha offshore oil field by Royal Dutch Shell in Nigeria and concerned Shell’s claim to legal privilege for documents produced by in-house counsel who were not members of the Dutch Bar.

ACC filed in support of Royal Dutch Shell’s position that the work of its in-house lawyers located outside the Netherlands should be protected by privilege. The Rotterdam District Court agreed with this position, but both Shell and the Dutch Public Prosecutor filed appeals with the Supreme Court in cassation.

The Supreme Court has now ruled that in-house privilege is protected under Dutch law only where a lawyer’s employer has formally guaranteed their right to provide independent advice and comply with rules of professional conduct, regardless of whether the lawyer practices in the Netherlands or in another European Economic Area (EEA) country or Switzerland. For lawyers from other countries, there is an additional requirement that privilege must be available to that lawyer under the rules of their home jurisdiction.

ACC was represented by Paul Gilbert, a partner in the London office of Cleary Gottlieb Steen & Hamilton LLP. He spoke with ACC’s Deputy General Counsel Veronica Pastor about this case and why in-house privilege in business is necessary.

An interview with Paul Gilbert of Cleary Gottlieb

Veronica Pastor: In 2020 you represented ACC in filing a document in support of wide recognition of legal professional privilege for foreign in-house counsel in the Netherlands before the Rotterdam District Court.

That appellate court affirmed that each country could make its own legal privilege rules and recognized that in-house privilege was protected in many jurisdictions. It ruled that in-house counsel working permanently in the Netherlands, even if registered outside the Netherlands, must sign a “professional charter” certifying their independence in order to benefit from legal privilege. Why did Shell and the Public Prosecutor appeal? How does the Supreme Court’s ruling differ from that of the District Court?

Paul Gilbert: Legal privilege is a fundamental right. It is essential to encouraging full and frank communication between lawyers and their clients. This is the universally recognized justification for privilege protection, and it applies with equal force to legal advice provided by in-house lawyers.

The Rotterdam court had endorsed this principle. It found that legal privilege did apply to in-house lawyers under Dutch law, including those qualified in other jurisdictions. The only caveat was in-house lawyers invoking privilege in the Netherlands had to obtain a formal guarantee of independence from their employer for their advice to benefit from legal privilege.

The Dutch prosecutor appealed the court’s ruling because they wanted access to internal documents that Shell had refused to disclose. At first instance, the magistrate held that the professional independence of the entire in-house legal department was vitiated because Shell’s head of legal sat on the company’s executive committee, and was therefore not independent. If the Supreme Court took the same approach, the prosecutor would have had access to all of Shell’s in-house advice.

Pastor: Royal Dutch Shell was a criminal case. Does the ruling apply for civil matters also?

Gilbert: It was a criminal procedure case, but the principles and reasoning apply more broadly, including in administrative investigations and civil cases.

Pastor: What is cassation, and what did the Supreme Court actually decide?

Gilbert: Effectively it means that the court was deciding the legal principles, not examining the facts of the case. In this instance, the court found that both appeals were technically inadmissible, but it made a number of “observations” on the extent of privilege protection that is afforded to in-house counsel.

First, the Supreme Court has confirmed that privilege is available to in-house counsel on the same basis that it is available to external lawyers. But to benefit from that privilege, in-house counsel must be as free as outside counsel to provide independent advice and, in particular, be free from any conflict of interest between their professional duties as a lawyer and their duties as an employee of the company.

In-house lawyers working outside the Netherlands whose communications are subpoenaed or who are asked to testify will benefit from privilege in Dutch proceedings only if:

Pastor: What do foreign in-house lawyers need to do in order to ensure legal professional privilege extends to their work under Dutch Law?

Gilbert: The Supreme Court found that in-house lawyers based in the Netherlands have to enter into a professional charter with their employer before their advice can benefit from legal privilege. In-house lawyers working in the Netherlands – including foreign lawyers – should make sure they have this protection in place. It is simple, and in their employer’s interest too, since they need to be able to communicate freely with their advisers.

Is the Dutch ruling part of a modernization trend motivated by the need to enhance the competitive position of European business? In your opinion, what are the broader implications of this judgment at the European level?

Gilbert: The European Court of Justice issued a judgment in 2020 (Uniwersytet Wrocławski and Poland v REA) concerning the rights of a Polish lawyer to plead before the court on behalf of a university by which he had previously been employed and where he still sometimes lectured.

The court found that the lawyer was sufficiently independent of the facts of that case. It also suggested that challenges to the independence of a lawyer should be limited to circumstances where conflicts of interest are likely to arise, rather than simply being assumed. There are also recent cases in the English courts endorsing in-house privilege, such as the 2020 Tatneft case. So I think we can see a positive trend.

The Dutch judgment is particularly welcome because it confirms that in-house lawyers can operate with the same independence as outside counsel and are entitled to rely on legal privilege even when advising outside their home jurisdiction. While this judgment concerns the Netherlands specifically, it endorses fundamental principles that apply far more widely.

It would have been simpler and perfectly justified if the Supreme Court had followed the law of the home country without imposing formal requirements. After all, in-house counsel who are members of the bar or law society are bound by ethical principles of independence on the same basis as outside counsel. But at least, the procedure to obtain legal professional principle is not complicated. 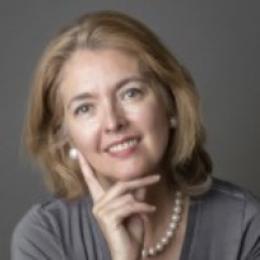