Jim Villa’s curriculum vitae makes a statement. He served as AOL’s vice president and chief counsel for litigation and antitrust, worked as a trial attorney for the Department of Justice, spent years at well-known DC law firms, holds undergraduate and law degrees from the University of Michigan and was a captain in the US Army Reserves, having commanded a combat support MP company in Operations Desert Shield and Desert Storm. He always moved easily from one opportunity to the next. Yet a few years ago, despite his successes, he found himself wondering where his next challenge was and how to proceed.

“I didn’t really have a network to call on and I talked a dear friend who said, ‘Yes, you do. You just don’t know it.’” Networking is a challenge for many people; even if your CV reads like something a first-year law student can only dream about.

He forced himself to attend ACC’s National Capital Region annual awards dinner where he felt like “the kid who just moved here and went to his high school prom.” He didn’t know anyone in the crowd. Villa spent the next year attending ACC lunches and getting to know people in the DC legal community.

He made it a priority to stay on people’s radar. He figured that even the best-intentioned person has travel, family and business obligations. He would always take notes during and after calls. Eventually, he created a spreadsheet that outlined the date of contact, action taken, subjects raised and follow up actions and dates. “I start with a similar approach to a military adage where you don’t turn down a combat assignment” he explains. “For me, you never turn down a communication opportunity.”

If he discussed cybersecurity with a lawyer and saw an article about it six weeks later, he would forward it along with a short greeting. He emailed his updated resume and asked for feedback from another contact. A blog post was passed along because it mentioned a certain company. The small messages, easily outlined on the spreadsheet, morphed into a reputation for knowing about the local in-house landscape. “People regularly email me and ask, ‘I’ve got a friend who I’d like you to meet with or talk to,’” Villa says. And he is happy to chat with each of them.

This approach also led to jobs. Villa was hired as general counsel, corporate secretary and vice president of Colonial Parking, Inc., in Washington, DC, through contacts he established from networking. He also found his current position as senior vice president, general counsel, secretary and chief compliance officer for Versar Inc., a global project management company, through connections he’d made over the years.

Villa knows that he is fortunate to be where he is today. He keeps a picture on his desk of the mud shack where his father was born. His father made his way from Mexico to Detroit, served in World War II and went to college on the G.I. bill. Raised in Birmingham, Michigan, by his father and mother, a college professor, Villa followed in the steps of his father, brother and sister by attending the University of Michigan.

He always had an interest in the law and serving his community. While he decided West Point wasn’t for him, he still wanted to serve in the military and joined the Army ROTC program in Ann Arbor. “I’m mindful that my family has been extraordinarily fortunate in terms of opportunities we’ve been given, so that was sort of my way of paying back,” he says.

Villa’s military experience in the Army reserves prepared him for working with people of varying backgrounds. As a reservist, he had to travel from Washington, DC, where he worked during the week with white collar colleagues, to Cumberland, Maryland, to lead a group of blue collar workers with very different life experiences. “I think that being thrown into the mix with people very different from me has benefited me significantly in my legal practice. I’ve learned to work and communicate with them effectively regardless of their background,” he reflects.

The same desire to serve that drove him to join the military compelled him to look for a job with the Department of Justice. He relished the role: “Standing up at the lectern and saying, ‘Jim Villa on behalf of the United States,’ made the hair on the back of my neck stand up.” During his time as a trial attorney, he led the investigation of a $5 billion merger of two major publishers that resulted in a consent decree requiring divestitures exceeding $50 million.

The government, he says, is a special place to practice because it doesn’t focus on the billable hour. In private practice, it was difficult to give a young lawyer a new assignment if it wasn’t something that person had done before. Since the inexperienced lawyer would take more time to complete the project, Villa would have to justify that additional time to a partner. He didn’t face that same constraint while at the Department. “If you plan it right, a manager at the Department can develop younger attorneys by consciously giving them opportunities to do things that they haven’t done,” he explains.

Villa says he is proudest of helping to develop younger lawyers. His outlook is that “as you mature in your profession, you look back and you do things either because they were done for you or they weren’t.” At the end of the day, he says, individual cases are not life altering, but knowing that you positively influenced another person is.

After 11 years mentoring young lawyers at the Department of Justice, Villa was ready for a change. He knew private practice wasn’t for him and thought that an in-house role looked promising because there was only one client and he could develop business skills.

He moved to AOL where he had the in-house epiphany. A group of business people asked him for advice on a dispute with a partner. During a conversation with the in-house client, he remarked that it wasn’t a legal issue, but rather a business issue — they still wanted his advice. “Literally it was like a light bulb came on and it hit me right then that they don’t care that I’m a lawyer, they wanted my business opinion,” he remembers. He has loved in-house practice ever since.

Villa’s career is far from over. He expects to stay at Versar for many more years where he wants to continue to mentor younger lawyers, and keep an eye out for openings for people in his network.

Getting to Know… Jim Villa

IS THERE SOMETHING YOU LEARNED IN LAW SCHOOL THAT YOU STILL USE ALL THE TIME?

After a while, I found that most of what we were doing was purely academic and I remember yearning for a real practical issue. When I was in law school, clinical programs, which are very active now, were in their infancy and there weren’t many offered. So, I was looking to do something that was real, as opposed to the academic sort of Socratic method that I found tiring. So, I’ve always been drawn to issues that impact people.

WHAT DO YOU DO FOR FUN?

I’m the father of 12-year-old twin boys who play baseball, football, basketball and boy scouts, and I am as active, and happily so, as I can be with them. When time and my knees allow, I play baseball and softball myself. I have a lot of fun doing that. I’m a lot slower than I once was, and my dream of starting at third base for the Detroit Tigers seems further and further away. 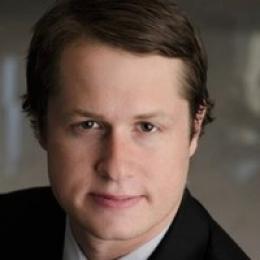