In light of the COVID-19 pandemic, a myriad of manufacturers are preparing to make, or are already in the process of making, medical devices and drugs to respond to the pandemic. While some of these companies have been producing medical devices or drugs for decades, many other companies are completely new to the bioscience field. Further, both categories of companies are preparing for production at a pace usually not seen outside of a war economy setting.

This new manufacturing landscape raises questions regarding civil liability for products meant to prevent or treat the COVID-19 pandemic. Fortunately, as discussed below, the US Public Readiness and Emergency Preparedness Act (PREP Act) and the recent public health emergency declaration by the US Secretary for the Department of Health and Human Services provide significant immunity from COVID-19 personal injury lawsuits.

The PREP Act in a nutshell

The PREP Act (42 U.S.C. § 247d-6d and 6e) provides nearly blanket immunity for manufacturers, distributors, and administrators of certain drugs, medical devices, and biologics meant to counteract an epidemic or pandemic. In order for its provisions to apply, there must be a declared public health emergency by the US Secretary for the Department of Health and Human Services (Secretary).

The PREP Act contains only one exception to its blanket immunity from tort lawsuits, which applies when the plaintiff can show “willful misconduct” by the defendant. It also creates a federally funded compensation scheme for those injured by products meant to combat a pandemic.

The history of the PREP Act and the COVID-19 declaration

The PREP Act was enacted in 2005. Since it has been enacted, public health emergencies have been declared by the Secretary over a dozen times. Until COVID-19, however, the only declaration that generated meaningful litigation was the 2009 H1N1 (Swine Flu) declaration.

On March 10, 2020, the Secretary made a public health emergency declaration for COVID-19 (85 FR 15198), which makes the PREP Act’s protections largely applicable to the COVID-19 pandemic. This declaration was effective as of February 4, 2020, and will continue through October 1, 2024.

The PREP Act’s legal jargon is rather limited. There are, fortunately, only two statutory definitions one must learn in order to understand the PREP Act.

Since the beginning of the COVID-19 pandemic, the US Food and Drug Administration (FDA) has authorized multiple products under its Emergency Use Authorization authority, though they are subject to a variety of conditions. The authorized devices include, for example, certain COVID-19 diagnostic test kits, respiratory protective devices, and ventilators.

The scope of immunity under the PREP Act

The PREP Act’s liability immunity is written almost as broadly as an immunity provision can be written. Covered persons are “immune from suit and liability under Federal and State law with respect to all claims for loss caused by, arising out of, relating to, or resulting from the administration to or the use by an individual” of a covered countermeasure used for the pandemic. (42 U.S.C. § 247d-6d(a)(1).)

This immunity extends, for two obvious examples, to (1) a negligence lawsuit against a manufacturer in creating a vaccine meant to treat a pandemic, or (2) a health care provider in prescribing the wrong dose of a drug meant to treat COVID-19. However, the immunity extends much further than just these two obvious cases. It would apply, for another example, to a “slip-and-fall injury or vehicle collision by a recipient receiving a countermeasure [i.e., drug or device] at a retail store serving as an administration or dispensing location.” 85 FR 15198 at 15200.

As long as a covered person is producing, distributing, or administering a product that falls within the definition of a covered countermeasure, there is blanket liability protection with one, and only one, exception. That exception is for the “willful misconduct” of a covered person. Basically, the exception applies to a company selling snake oil that somehow obtained FDA authorization. The PREP Act defines willful misconduct as an act or omission that is taken:

Regarding manufacturers and distributors, the willful misconduct standard cannot be met unless there is also a successful enforcement action by the US Attorney General or FDA against the manufacturer or distributor.

If a plaintiff alleges willful misconduct, there are a series of litigation hurdles he or she must additionally surmount. By way of only a few examples, the lawsuit must be brought in the United States District Court for the District of Columbia. All dispositive motions must be heard by a three-judge panel. The complaint must be verified by the plaintiff and be accompanied by an expert affidavit on its validity. And, regular discovery cannot occur until after the panel has denied the dispositive motion on PREP Act immunity.

Case law on the PREP Act

There is little case law on the PREP Act, but the few cases that consider the PREP Act generally show that courts enforce the Act. There are three publicly available decisions on the PREP Act, and all arose from the vaccine for the H1N1 influenza virus.

In the only appellate decision on the PREP Act, Parker v. St. Lawrence City Public Health Department, a parent of a kindergartner, who was inoculated for the H1N1 influenza without her parent’s consent, filed a lawsuit in New York state court against the health department that administered the vaccine. The Appellate Division of the Supreme Court of New York held that the lawsuit was preempted by the PREP Act, and dismissed the case.

On the other hand, in Casabianca v. Mount Sinai Medical Center, Inc., a New York state district court held that a hospital’s failure to inoculate the plaintiff for H1N1 influenza was not a covered countermeasure under the PREP Act because the vaccine was never given. As such, the state district court concluded that the PREP Act’s immunity provisions did not apply.

Interestingly, no case criticized the PREP Act, and all decisions attempted to enforce the PREP Act under its terms as interpreted by the courts.

In these challenging times for the world and manufacturers, the PREP Act should provide comfort for the manufacturing industry as it gears up to combat COVID-19. As long as manufacturers and distributors are making products that fall within the definition of a covered countermeasure, and are acting in good faith, they should have broad immunity from tort litigation. 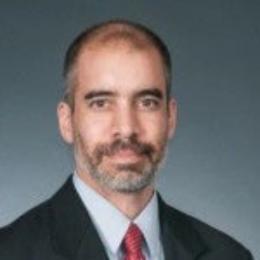 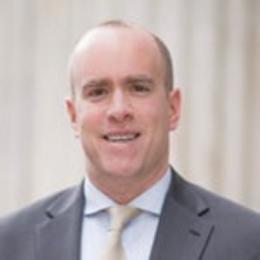