As an in-house attorney, it’s rare that a week passes without a contract crossing your desk containing an arbitration clause. While you might see arbitration clauses so frequently that your eyes glaze over, it’s time to pay more attention if you want to provide prudential guidance to your business colleagues.

This article is a first step in thinking more carefully about arbitration. When does it make sense? And how can you use it to your advantage?

The winds are blowing

After decades of arbitration agreements spreading across the entire corporate sector with judicial challenges restrained by the preemptive Federal Arbitration Act, we are now seeing emerging legislative and practical obstacles to the use of arbitration in certain settings.

On March 3, 2022, the Ending Forced Arbitration of Sexual Assault and Sexual Harassment Act (known in the vernacular as EFASASHA) was signed into law. This law impacts the approximately 60 million Americans who have binding arbitration clauses in their employment agreement. Under EFASASHA, employees are now given the opportunity to litigate sexual assault and sexual harassment claims in a court of competent jurisdiction, even if their employment agreement contains a binding arbitration clause. This law applies retroactively to existing employment agreements as well. The result is that employers in multi-pronged disputes with an employee may need to bifurcate the claims between the courtroom and the arbitral tribunal.

Arbitration’s applicability may also be cut back in the context of private contracts. On March 21, 2022, the US House of Representatives voted in favor of the Forced Arbitration Injustice Repeal (FAIR) Act, which would invalidate pre-dispute arbitration agreements in a wider range of agreements. The FAIR Act would also prohibit agreements that prevent individuals from participating in class actions.

In the context of consumer matters and collective actions, a sudden realization about the true costs of consumer arbitration is causing companies to reconsider whether certain agreements should exclude the binding arbitration requirement. Because their contracts prohibited a class action, consumers and employees have, assisted by tech companies like FairShake and law firms like Keller Lenkner, filed thousands of arbitration claims at a time against particular corporate defendants like Intuit and DoorDash. The result of each arbitration is that the corporate defendant may need to pay US$3,000 in arbitration fees to adjudicate a claim worth considerably less than the arbitration cost. For DoorDash, this added up to an arbitration bill of US$9.5 million to privately litigate 5,010 delivery driver claims.

So when does arbitration make sense?

Despite the aforementioned headwinds, arbitration can still be immensely helpful to include in certain types of agreements. Arbitration offers unprecedented confidentiality and celerity.

In litigation, both parties are often motivated to air the “dirty laundry” about their opponent for the twin goals of damaging the opponent’s credibility and creating a sufficiently distasteful public spectacle that the opponent will drop the matter. In litigation, pleadings are generally public and saucy allegations provide new fodder for the media to amplify and publicize about corporate defendants. Even if the allegations in the pleadings are eventually disproven in court, the listening public may have already internalized the allegations and regard them as true.

Arbitrated disputes and their associated allegations, by contrast, typically remain private, as do the resulting settlements. If your organization will be entering into a deep relationship with a counterparty that it could lead to plausible but unfounded allegations, it may still be worthwhile to include an arbitration clause in your agreement. By contrast, if you are engaged in a brief arms-length commercial transaction, an arbitration clause may be less necessary because the limited scope of the relationship should naturally limit the scope and raciness of allegations that could arise.

While a few courts, such as the so-called “Rocket Docket” in the Eastern District of Virginia, run at an accelerated pace, in many other jurisdictions it can take a year or more before substantial hearings on a civil matter. This delay is dependent on factors outside the civil litigants’ control, ranging from the size of the criminal docket to the amount of funding allocated to the courts by the legislature in that particular year.

By contrast, arbitration is funded directly by the parties, and they can focus on selecting a neutral who has near-term availability to hear a new matter. The result is that the lingering uncertainty of disputes is often resolved more rapidly with arbitrations.

Business is increasingly international, with a growing number of small businesses reporting international customers. The rise of online marketplaces and remote work means that an ever-increasing percentage of vendors and suppliers are based outside the United States as well.

While overseas suppliers can offer great advantages in terms of talent, availability, and time-zone coverage, what happens when you have a dispute with them? Are you ready to appear in court in the Philippines or Poland? Do you have local counsel ready to assist with judicial proceedings in South Africa or India? The odds are low. Selecting the right arbitration clauses and mechanisms in your agreements with international counterparties can obviate those challenges by establishing a neutral ground and predictable process for resolving disputes.

Business increasingly stretches across national borders. Rather than be subject to appear in a court in an unfamiliar country, many international deals default to arbitration for the resolution of disputes. As an in-house attorney, you will likely be introduced to the possibility of arbitration during contract negotiations, perhaps due to opposing counsel inserting an arbitration clause in a draft of the agreement or through a request by management or outside counsel.

The legal effect of the agreement to arbitrate is to deprive the national courts of the parties of jurisdiction they would ordinarily have by operation of law. However, unlike courts, arbitral tribunals have no inherent power or jurisdiction. Rather, their authority arises from the parties’ contract which, in the United States and most of the developed countries, is supported by statute, judicial decisions, and treaties that together form a global legal regime.

In-house attorneys in the United States may be familiar with large arbitration service providers such as the American Arbitration Association (AAA) and Judicial Arbitration and Mediation Services, Inc. (JAMS). These are not the not the names you will find specified in most international agreements.

In the event a particular tribunal and set of rules are not specified, the most popular choice for ad hoc arbitration is the UNCITRAL Arbitration Rules. As of 2021, the five most preferred seats for international arbitration were London, Singapore, Hong Kong, Paris, and Geneva.

In recent years the AAA has established the International Center for Dispute Resolution (ICDR) to compete with other international arbitral organizations. If you have a strong negotiating position and a positive experience with AAA, you may want to push for the use of ICDR to arbitrate your international agreements.

An extremely important consideration when choosing the legal system is the seat (place) of the arbitration, as some jurisdictions are more favorable to support the arbitration even where the governing law under the agreement provides for foreign law. In most cases adjudicated by the major arbitral organizations, one would expect the award issued to be enforceable under the New York Convention which has been entered into by nearly 200 countries. In many countries, it may be easier to enforce an arbitral result than a foreign court judgment because there are no multilateral treaties related to those.

Conditional Fee Agreements call for outside counsel fees to be paid when certain milestones are achieved. Generally, if the client loses the case, it will not be liable to pay the fees and expenses covered by the CFA.

If, on the other hand, the client wins the case, it will be liable to pay all fees and expenses as well as a success fee, which is capped at 100 percent of the conditional fees. Note that while some agreements may contain fee-shifting clauses whereby the loser pays, success fees are not typically recoverable from the losing party. In contrast, Damages-Based Agreements call for paying outside counsel a percentage of the compensation received by the client. In UK commercial claims, DBA fees are typically limited to 50 percent of damages recovered.

The next time a contract comes across your desk, pay attention to the arbitration clause. It's getting more important by the day. 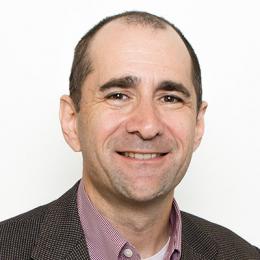 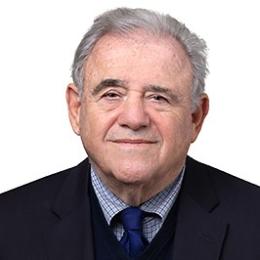