The United States it not the only country within which there are regulations governing the solicitation of funds for charitable purposes, however, this article will focus on the US states.

As nonprofit organizations in the United States launch fundraising initiatives for 2019, it’s a good time to remember that charitable fundraising is regulated in all 50 states, and charitable solicitation registration is required in 40 states (including Washington, DC).

In addition, if you work with a for-profit corporation that has charity partners, or that runs promotions to benefit charities, you should be familiar with the state regulatory framework that applies to companies that engage in cause marketing or fundraising on behalf of a charity.

What is a charitable solicitation registration?

A charitable solicitation registration is a license that nonprofit organizations are required to receive in approximately 40 states (including DC) prior to soliciting residents of those states for donations. These requirements usually fall within the state consumer protection statutes that are overseen by state Attorney General and/or State Charity Officials.

There has been discussion about whether an organization is required to register in multiple states if it has a physical presence only in one or a few states and otherwise solicits online. Some organizations use the “Charleston principles" as a reason for not soliciting nationwide when soliciting online. However, the “Charleston principles” have not been adopted by all states. It is generally accepted that organizations seeking donations from residents of a US residents should register in those states where such is required.

This area is actively discussed by the National Association of Attorney Generals (NAAG) and the National Association of State Charity Officials (NASCO) at their annual meeting to discuss trends in the state regulation of nonprofits. As these statutes are implemented, some states do not limit their definition of solicitation to tax-deductible or charitable fundraising. Consequently, if a nonprofit organization seeks to raise funds from individuals in the United States, it must first determine whether it is required to be registered to do so in the various states.

That said, most states apply their charitable solicitation registration requirements to 501(c)(3) public charities. They also include exemptions for religious or educational institutions and for organizations that only solicit their members; however, the requirements differ by state.

Charitable solicitation registrations are separate from any filing to receive state or local tax exemptions based on an organization’s state or federal tax-exempt status.

What type of filings are required?

In approximately 40 states (including DC), nonprofits are required to submit an initial registration that provides the state regulator information about the organization (e.g., its state of incorporation, tax-exemption, Form 990s, financial information, etc.).

Although Schedule B on the 990 is generally not considered to be public, some states require this information nonetheless and such disclosure was recently upheld by the Ninth Circuit. However, as noted on the previous “Nonprofit Knowledge” post, the IRS is no longer requiring such Schedule B disclosures for organizations other than 501(c)(3) organizations.

Some states also require the appointment of a registered agent, even if one isn’t otherwise required for the organization. Once the initial filing is complete, many states require annual renewal filings to maintain the solicitation license.

For organizations that receive less than US$25,000 in donations annually and do not use professional fundraisers, approximately 15 states provide an exemption from registration — some after the initial registration is complete or an application for exemption is approved.

Organizations that use commercial co-venturers, professional fundraisers, and professional fundraising counsel are required to disclose these relationships and their associated contracts to some states as part of their annual filings, along with additional filings that are promotion-specific.

Many of the statutes that govern charitable fundraising also include language about commercial co-venturers, which we define below, professional fundraisers and professional fundraising counsel, each of which is usually defined as a for-profit corporation that helps a charity raising funds. These types of activities are regulated to ensure that charities receive funds that have been promised to them in messaging directed to consumers.

Approximately 18 states regulate commercial co-venturers, requiring them to comply with various requirements, including registration, accounting, disclosures, filing annual reports, and entering into a written contract with the nonprofit prior to embarking on the promotion.

Some cities and other municipalities have separate registration and filing requirements for face-to-face solicitation (e.g., canvassing, use of containers) by nonprofits and/or professional fundraisers. These requirements are often promotion specific and require specific review of local ordinances.

Professional fundraising counsel assist charities with their fundraising language or strategy. These counsel generally don’t interface with the consumer or hold funds on behalf of a nonprofit.

Professional fundraisers and fundraising counsel have to register in approximately 15 states and enter into a written contract with specific state-required language prior to engaging in a solicitation campaign. If professional fundraisers are going to engage in telemarketing on behalf of a nonprofit, these likely also fall under the Federal Trade Commission regulations, including the Telephone Consumer Protection Act.

A note on disclosures

Although the above requirements focus on registrations, some states also require that nonprofit organizations, commercial co-venturers, and professional fundraisers provide charitable solicitation disclosures on all written materials when making a solicitation, including online.

These disclosure requirements are required by approximately 25 states, separate from the filing requirements, and are intended to ensure that consumers understand how much money will go to charity and how to get more information about a particular charity.

Nonprofit organizations and their corporate partners should keep the above regulatory framework in mind when seeking to raise funds for charitable missions. 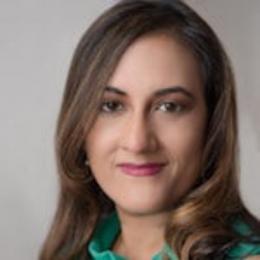