Acquisitions in today’s merger markets via significant private equity or venture capital investments are typically in two forms, (1) acquisitions across the value chain, and (2) consolidations, both of which traditionally involve cash consideration. In the paradigmatic shift in the commercial world, with the influx of startups, the financing of these acquisitions prefers routing through options that reduce cash outflow, thereby using all-stock or cash and stock considerations.

Corporate arrangements where two or more companies agree to exchange the equity-based asset of one with that of another such as through a share exchange or stock-for-stock exchange are categorized as a “share swap.” Companies that would like to preserve cash or give an upside to the shareholders of the investee entity are increasingly finding share swaps an attractive option and requiring consequent structuring in the definitive documents proposed between parties to such acquisitions.

In March 2017, for instance, Vodafone Mobile Services Limited and Idea Cellular Limited announced a swap merger based on a share-for-share structure where Vodafone acquired 50.3 percent and Aditya Birla group (which owned Idea) was to be allocated 26 percent of equity in the merger.

The merger of HDFC Limited and its subsidiaries with HDFC Bank created the largest swap, generating a market capitalization of INR 14,000 billion declared earlier this year, whereby equity shares held by HDFC and HDFC Bank will be extinguished per the scheme. As a result, upon the scheme becoming effective, HDFC Bank would be 100 percent owned by public shareholders, and existing shareholders of HDFC would own around 41 percent of HDFC Bank.

In terms of regulatory compliance, an Indian company issuing shares in a share swap structure, instead of paying cash, is subject to the preferential allotment provisions of the (Indian) Companies Act 2013. Unlisted issuer companies are thus required to inter alia:

This assumes that the articles of association of the issuing Indian company allow for share issuance for consideration other than cash.

India’s foreign exchange policies towards cross-border share swaps were not initially investor-friendly. They mandated (now defunct) Foreign Investment Promotion Board approval. The Reserve Bank of India (RBI) then amended the Foreign Direct Investment policy in November 2015 and permitted companies operating in sectors falling under the automatic route to issue share swaps without requiring prior government approval.

The Foreign Exchange Management (Non-debt Instruments) Rules 2019 (NDI Rules) permit share-swap transactions against issuance of equity instruments by the Indian company to a person residing outside India, conditional upon the valuation involved in the swap arrangement being made by a merchant banker registered with the Securities and Exchange Board of India (SEBI), or by an investment banker outside of India registered with the appropriate regulatory authority in the host country (See Rule 21(2)(c)(iv) read with Clause 1(d)(i) of Schedule I to the NDI Rules). Only primary transactions regarding the shares of the Indian company are permitted in such an arrangement.

Anomaly of interpretation under the NDI Rules and the ODI Regulations

However, the Foreign Exchange Management (Overseas Investment) Rules 2022 (ODI Regulations), issued by the RBI in August of this year, provide that an Indian company can make a direct investment outside India, where such investments may be funded, inter alia, by way of swap of shares (See Schedules I and III of the Foreign Exchange Management (Overseas Investment) Rules, 2022). The same language as set out under the NDI rules was used under the erstwhile Foreign Exchange Management (Transfer or Issue of Any Foreign Security) Regulations 2004 (Erstwhile ODI Regs, which was superseded by the ODI Regulations in August 2022) to describe the requirement and method of valuation of shares for the acquisition of shares of an existing company outside India where the consideration is to be paid fully or partly by issue of the Indian party's shares (i.e., a swap of shares; see Regulation 6(6)(b) and Regulation 6(3)(f) of the Erstwhile ODI Regs).

The ODI Regulations no longer specify any such conditionality on valuation method for investment by way of share swap. The regulatory regime has been undergoing a change, and the government has been open to liberalizing the extant regime from a swap perspective. This allows for more structuring options for companies opting for such swaps, and counsel should evaluate in greater detail before opting for a cash consideration.

Per existing norms, the said arrangement would then simply have to be reported under the ODI Regulations (in Form FC, for a direct investment by an Indian company in a company residing outside India) and under the FDI policy (in Form Foreign Currency - Gross Provisional Return) for a direct investment in an Indian company by a company residing outside India.

A primary reading of these legislations indicates an anomaly as to whether a primary issuance under the NDI Rules is permitted in exchange for a secondary transfer under the ODI Regulations. When reading the applicable foreign exchange legislation holistically, however, it appears that the regulatory intent has been to permit such a transaction.

For now, and until regulators issue a clarification or amend the legislation, investors may consider undertaking transactions where shares of an Indian company are issued against existing shares of a company based outside India, after receiving comfort from their authorized dealer banks regarding the viability and permissibility of such a structured arrangement.

Counsel can consider (1) consulting with their client on the viability of a secondary swap structure and its permissibility under the Indian authorities’ latest legal positions in terms of FDI and ODI policy, prior to drafting or executing definitive documents for such structure; (2) checking and fulfilling the different filing requirements for such steps, especially around valuation requirements; and (3) most importantly, ensuring that their authorized dealer bank is on board before executing such structures. 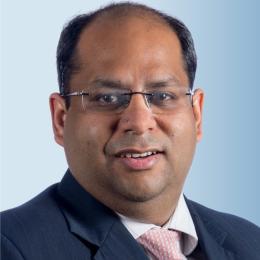 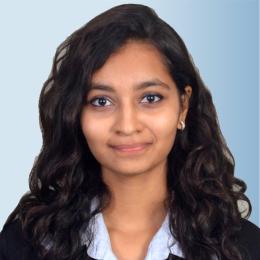