There is an illness that has afflicted the US healthcare industry that has exacted a staggering toll on healthcare companies, patients, doctors, investors, and taxpayers. It is a pestilence that is as widespread as it is persistent. It knows no geographical or economic boundaries. It has shattered the reputations of some of the most highly regarded firms, derailed thousands of promising careers, and caused the death and suffering of hundreds of thousands more. It is not a virus. It is a different kind of pathogen that is far more difficult to eradicate: rampant, unbridled fraud.

For the last 20 years, the US healthcare sector has had the dubious distinction of surpassing all others in the number of enforcement actions and the magnitude of fines paid for defrauding state and federal government healthcare systems via kickbacks, bribes, and off-label product promotion. In 2019 alone, providers, pharmaceutical companies, and medical device manufacturers paid US$2.6 billion in fines representing 85 percent of the federal government’s fraud recoveries last year.

It is long past time for the healthcare sector to face the fact that the tens of billions paid in fines for over two decades evidences a deep and abiding governance failure in board rooms and executive suites. It should be apparent to all that directors and senior executives cannot outsource their responsibility to promote ethical business practices to their compliance and ethics departments. Nor can they reasonably expect that good intentions and a genuine desire to play by the rules are sufficient to meet the challenge. The reality is that compliance programs and good intentions do not, by themselves, drive behavior. Strong, sustained, uncompromising ethical leadership does.

Taking these observations into account, the following is the medicine I’d prescribe to directors and executives to put an end to the healthcare industry’s shameful fraud epidemic.

As with the banking industry that has seen its share of breathtaking ethical lapses, the healthcare industry has lost its way. It has forgotten that its reason for being — its higher purpose — is to heal the sick and improve quality of life. While giving lip-service to its mission through marketing slogans, its moral compass has pointed toward another important but lesser priority — maximizing shareholder value.

Healthcare industry executives are not the only ones with misaligned moral compasses. It’s an affliction common to the business profession as a whole. When lecturing to business school undergraduate and graduate students, I ask whether they agree or disagree with the following statement: “As a business professional, my top moral obligation is to maximize shareholder value.” Unerringly, 100 percent of the students respond in the affirmative. When I confront their professors and business school deans with these data, they are not surprised. Instead, they explain that their students are simply parroting what they have been taught in classes that are rich in sophisticated financial analytical techniques, but devoid of moral content.

Here’s a simple truth: Leaders who believe their top moral obligation is to maximize shareholder value, rather than pursuing their firm’s higher purpose with fidelity to the core moral principles of honesty, fairness, respect, responsibility, and compassion, ultimately create toxic corporate cultures that induce unethical and illegal business practices. No meaningful progress will be made in eradicating corporate malfeasance in the healthcare industry until its directors and executives abandon the “maximize shareholder value” mantra and passionately pursue their higher purpose in accordance with the highest ethical standards. In addition to reducing enterprise risks, firms that pursue this course will build a solid foundation for sustained financial performance by earning the trust of all their stakeholders.

Directors must get in the game

In 2018, LRN, a company that provides online training programs, published a report entitled: What’s the Tone at the Very Top? The Role of Boards in Overseeing Ethics and Compliance, observing that most chief compliance and ethics officers surveyed:

Chief compliance and ethics officers are not alone in recognizing the urgent need for directors to get off the sidelines and into the game. Thankfully, investors have come to the same conclusion. A report by the National Association of Corporate Directors entitled 2020 Governance Outlook: Projections on Emerging Board Matters states:

In response to the recent plethora of corporate scandals centered on corporate culture — leading to government investigations, CEO shakeups, loss of market value, and loss of confidence by investors, employees, customers, and the community at large — the institutional investor community is encouraging boards to embrace their leadership roles in establishing corporate “purpose” and “culture.”

To play this leadership role, directors must go beyond merely attending board meetings and responding to materials provided by management for review. They must grab the reins and make sure the executive management team “gets it” and is actively building a purpose-driven, strong ethical culture. They also must enrich their ranks by on-boarding experienced compliance and ethics professionals who can help guide the way.

Each of these Prime Integrity Metrics can be gathered efficiently and at a tiny fraction of the costs associated with even one government enforcement action. Once baseline values are established, directors must set performance targets and hold both themselves and executive leadership accountable for achieving them. Given their importance to the firm’s long-term success, such metrics should be on the top of every board agenda rather than being relegated to the end of a jam-packed audit committee meeting.

This is the kind of tough medicine compliance and ethics professionals have been prescribing for years with minimal success. Given the virulence and persistence of the disease, it’s time for corporate counsel and their compliance officer colleagues in healthcare companies to work together to get their directors and corporate executives to open wide and swallow. 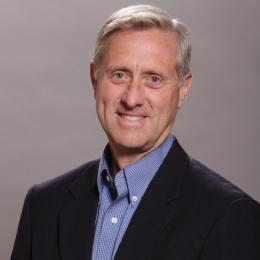