At first glance, diversity in age may seem like one of the easier challenges to navigate in the workplace. We all experience the process of moving through different stages of life. However, this shared experience provides no guarantee of uniting generations.

As workplace investigators, our office is seeing more and more conflicts involving generational disputes. For the first time in history, there are up to five generations in the workforce: Traditionalist (1925-1945); Baby Boomers (1946-1964), Generation X (1965-1980), Millennials (1981-2000), and Generation Z (2001-2020). Each generation has faced a different set of experiences and realities that inform their views, values, and communication styles. With so many generations in the workplace, it is not surprising that dynamics among employees can be fraught with generational friction.

Despite these challenges, there are ways employers can address conflicts and reap the benefits of a multigenerational workforce:

Incidents often arise from seemingly fleeting and innocuous comments. Common age-based comments can include, “They’re having a senior moment,” or “That happened before your time,” and the dreaded coupling of millennials and avocado toast. These age-based comments can also potentially be considered microaggressions, broadly defined as unintentional conduct that is an external expression of an internal bias.

Age-related stereotypes can be a significantly negative in the workplace. When young employees are overlooked for feedback simply due to their age, they might internalize the stereotype and avoid opportunities to speak up based on the belief that their input is not valued. Repeated exposure to comments such as, “You weren’t even born when this happened,” or “You’re still a little wet behind the ears,” reinforces those feelings.

And more seasoned employees might feel anxious about being viewed as out of touch, slow, and resistant to change. Such apprehensions could be exacerbated by expressions like “past one’s prime” and “over the hill” that outnumber terms like “venerable.”

Some individuals might feel as if taking offense at microaggressions is a sign of an overly-sensitive individual and dismiss such sensitivity as a part of “woke culture” or “virtue signaling.” But over time, the accumulation of such comments can contribute to employees feeling demeaned in the workplace. This has often been referred to as “death by a thousand papercuts.”

Our office recently investigated a complaint of age discrimination based on a supervisor’s comments that older employees would likely have fewer skills and would work at a slower pace than their younger colleagues. These remarks were found to be indicative of age bias. While the remarks were not directed at a specific individual, they nonetheless created an environment where older employees felt excluded and unsupported. Remember, these microaggressions are similar to those experienced by women and people of color in the workplace. In both situations, employers have an interest in preventing hostile work environments.

Employees from multiple generations likely approach their work from a perspective influenced by the era in which they were raised. While it is important to avoid harmful generational stereotyping, it is also critical to acknowledge and appreciate the different experiences and realities each generation has faced.

Another case our office investigated involved religious discrimination, in which older Jewish participants in the organization’s Diversity, Equity, and Inclusion (DE&I) program felt troubled by being referred to as "white" and by being told that they enjoyed "white privilege." The older employees felt that being labeled this way ignored their ethnicity, history, and the realities they faced growing up on the heels of World War II.

The younger Jewish employees in the DE&I program were not similarly offended. This was likely because the younger employees are much further removed from World War II and also because they are more familiar and more comfortable with the idea that members of marginalized groups can still benefit from others understanding white privilege. In other words, the varying reactions of people who shared the same religious identity seemed to stem in large part from the generation they grew up in, and the different realities and experiences they faced.

Although there was no evidence of religious-based animosity, the DE&I program did not consider the generational nuances of its participants which made the older participants feel isolated and unsupported.

Age-discrimination protection is provided to employees 40 years old and older in California under the Fair Employment and Housing Act (FEHA). While ageist comments or treatment against employees younger than 40 may not cause legal liability, if they are not properly addressed, the comments are likely to continue and possibly get worse, causing serious harm to both individuals and organizations. Employers can avoid these costly effects by addressing different treatment against all employees, regardless of age.

When responding to age-based conduct in the workplace, employers should consider whether the conduct was intentional. Education and coaching might be appropriate in some circumstances rather than discipline. For example, in the aforementioned case of the supervisor who implied that older employees have fewer skills and/or speed than younger employees, these comments were not found to be intentionally ageist. Counseling the supervisor to help them understand the impact of their comments on older colleagues could be an appropriate and effective remedy in this situation.

For example, a supervisor is reasonably expected to know that they cannot make hiring or promotion decisions based solely on a person’s age without a legitimate business reason. If a supervisor has a pattern of hiring and promoting young employees, despite equally qualified older candidates, that could create an inference of age discrimination. If there is also evidence that the supervisor makes ageist comments or has a pattern of ignoring slights from younger employees while holding older employees to a higher standard, this could also be evidence of intentional discrimination.

Preventing ageism in the workplace

The first step to overcoming age-based biases is acknowledging that they exist. Being aware of our biases can help us take action to diminish the influence they have over our decisions. Tackling ageism in the workplace should start with training employees to recognize age bias. But it should not end there. Any training should be incorporated into the organization’s larger DE&I strategy.

As with any DE&I initiative, an effective and sustainable training program should be intentional and ongoing. A training program that is focused on people and relationships is more likely to create an environment where people want to learn and be held accountable.

Find out how you can use the ACC DEI Maturity Model.

Another creative solution has been reverse mentoring and mutual mentoring initiatives. Reverse mentoring involves pairing senior leaders and executives with more junior employees and having the junior employees serve as mentors to the leaders. The idea is to provide leaders with new perspectives and insights on rising cultural and technological trends, while uplifting younger employees by giving them visibility and an opportunity to be heard at the decision-making level.

Mutual mentoring is a similar concept, but instead of the senior leader serving as the primary learner, both sides assume equal roles as learner and teacher.

Reverse and mutual mentoring programs can help dismantle stereotypes and bridge the generational gap. It provides an opportunity for younger and more senior employees to challenge their assumptions by asking questions, listening, and learning from one another.

While both reverse and mutual mentoring promote mutual learning, these approaches may fit some workplaces better than others. For instance, workplaces struggling with generational friction might benefit more from a mutual mentorship program because it does not start from an assumption that one generation has more to offer than the other. On the other hand, reverse mentorship, where the junior employee is the primary teacher/mentor, may be more effective for organizations seeking to uplift and empower emerging leaders. 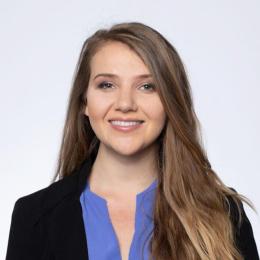