Traditional and big law firms in Brazil’s São Paulo and Rio de Janeiro states are known for providing quality legal services without foreign language barriers. Brazil, however, is a big country with almost the same number of licensed attorneys as the United States (1 million v. 1.3 million), spread throughout the country.

All 26 states (plus the federal district) are homes to good boutique or solo firms, and a majority of local lawyers speak English and European languages (e.g., French, German, Italian, and Spanish) fairly well (i.e., with the capacity to understand and be understood in terms of business needs). A licensed attorney in Brazil can appear before any court for a reasonably limited number of cases without the need to take another bar exam or a court permission to appear pro hac vice.

Brazil is a very welcoming culture to foreign nationals. Traditionally a new home to immigrants, its southeast has been the prime destination for Europeans (Germans, Italians, Portuguese, and Spaniards) with Japanese joining years after.

While it took an average 87 days to open a business in Brazil a decade ago, today new enterprises can be created in 17. Living costs (except for Brasilia — the federal capital, Rio de Janeiro, and São Paolo) attract foreigners. Most new to in-house workforce are relatively easy to recruit and come from very diverse walks of life.

Brazil offers one of the largest mobile and broadband markets in Latin America with healthy competition and pricing, and it is a pioneer in the region for m-commerce (mobile commerce, i.e., buying and selling of goods and services through wireless handheld devices such as smartphones and tablets).

Brazil’s reputation as a legal system bogged down from a plethora of  conflicting laws and regulations and laws that constantly change was deemed almost impossible to keep up with years ago. And it was also widely believed that the unpredictability of Brazilian case law adversely affected business.

Although there are many laws and regulations, the vast majority are fairly organized and easy to find free on the web. The most traditional areas of law are codified as national laws, so there is only one set of rules of federal and criminal procedure, and all the most important rules regarding contracts, employment, taxes, and crimes are laid down in national codes.

Portuguese is Brazil’s official language, but finding workable unofficial translations of the most common rules applicable to business enterprises is simple, and sometimes even official versions in English and Spanish. Traditional principles of civil law are rarely changed, even after major national codes reforms. Almost all Brazilian courts migrated to digital dockets, and all offer free public access, in general, to main court documents (decisions, orders, opinions, and cited case-law).

Apart from few legal matters where records are mandatorily sealed, any Brazilian attorney in good standing is allowed full access to any third-party case, which includes not only briefs, petitions, motions, and appeals, but the entire evidence produced by the original parties to the case, because discovery is almost entirely conducted by the courts.

Brazil follows a very inquisitorial legal tradition (as opposed to the Anglo-American and other common law countries that follow an adversarial system) to determine facts in the adjudication process. Brazilian judges have the first and the last word in terms of discovery and evidence production, and all evidence must be compiled by the parties and are a mandatory and permanent part of case records.

In the digital age, this means that Brazilian courts are intended to be permanent repositories and depositories of digital copies of private documents (or at least five years if physical originals or copies are retained by the court).

On the other hand, many legal experts and scholars used to believe that Brazilian civil law is diametrically opposite to Anglo-American common law. Foreign companies, for example, were required to practically revamp all contract provisions to comply with Brazilian law, including the need of mandatory Portuguese language versions.

In practice, the reality changed substantially due to globalization efforts and the ease of communications. Brazilian law now deems any party free to negotiate commercial contracts, regardless of its nationality, and Brazilian courts have become more flexible in dealing with commercial disputes. Few business agreement provisions need to adapt to local laws due to public policy matters (for example, choice of law and venue, if one party is deemed a consumer or an employee, due to a legal but rebuttable presumption of economic duress).

Another traditionally negative aspect of doing business in Brazil was the belief that Brazilian courts take too much time to adjudicate matters. Many argue that there are myriad of motions and appeals that a well-versed party in civil or criminal procedure can benefit from and drag a case on forever. Radical reforms in judicial administration and procedural rules have been implemented in the past 15 years closing legal loopholes.

Almost all Brazilian courts now use electronic filing and docketing systems. Technological infrastructure has been heavily invested in all levels — federal, state, and local — and the videoconferencing in discovery and trial has grown substantially in the past five years (i.e., even before the need to because of pandemic lockdowns). Low-skill tasks like receipt and processing of court documents have been automated, resulting in more than 70 percent reduction in discovery procedures time.

Compared to countries like the United States — where evidence is primarily and directly gathered and exchanged between the parties themselves — discovery planning and management is conducted by Brazilian judges. All evidence must be filled on the docket and kept permanently on the records regardless if admissible or not.

Although almost everything can be subject to judicial scrutiny in Brazil, the trend is to encourage alternative conflict resolution. Commercial arbitration (and the surge of many arbitration private institutions) is on the rise, as is judicial policy-making.

Service of process through electronic communication methods — including messaging apps — has become popular and generally accepted as an efficient channel of communication between parties and courts shortly after the start of the pandemic era.

Settlements are still very low (10 percent) as compared to countries like the United States (95 percent) despite tremendous procedural law reforms and intense pro-mediation judicial policies over the past 10 years. Possible explanations vary from cultural to economic aspects — many law schools still prepare students to be ferocious litigators rather than good negotiators; attorney fees and court filing costs are still very undervalued (i.e., an average attorney hour in Brazil costs about 40 percent of the equivalent in the United States, when comparing though purchasing power parity method).

Brazil derives its name from the brazilwood tree that once grew plentifully along the Brazilian coast and was used to produce a deep red dye. Today brazilwood is frequently used to make bows for string instruments from the violin family.

Application and scope of attorney-client privilege is very broad in Brazil. All communications between lawyers (i.e., outside counsel, in-house counsel, and foreign legal consultants) and clients are protected from being disclosed — even if the client waives the right (very limited circumstances in criminal cases may allow a waiver).

Communications about legal fee negotiations or malpractice disputes are usually outside the scope of the privilege. The privilege can be lost if both lawyer and client conspire to commit unlawful activities with fraudulent intent.

The in-house counsel view has changed substantially over the past decades. Business partners see corporate counsel as both a trusted advisor and a legal expert in many matters. Brazilian companies realize that having an in-house counsel on board (literally and figuratively) means having a more feet-on-the-ground and balanced approach, and in-house counsel have become more aware of their role in assessing risks and providing multiple solutions under a cost-efficiency mindset.

Contact Rafael Barreto-Garcia, global liaison chair of the ACC New to In-house Network, or submit a proposal to the ACC Docket. 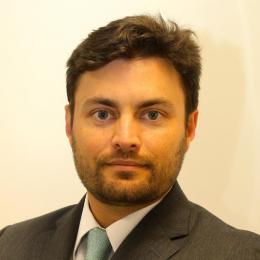