Unless you are a practicing attorney in the field of trademark law, you have likely never come across the name Frederick “Fritz” Garland Lanham. Although a significant contributor across a wide scope of federal legislation and other notable projects, Lanham is most known for his influence in the field of US federal trademark law. 2021 marks the 75th anniversary of the Lanham Act, which governs the way trademarks and the legal rights of brand owners are protected in the United States under federal law.

Before his illustrious career as a US Congressman, Lanham earned a BA from the University of Texas in 1900 and pursued graduate studies in law at the University until 1903. Although he never completed his law degree, Lanham was admitted to the Texas Bar in 1909, where he practiced in his hometown of Weatherford.

Lanham wore many hats throughout his life as a student and alumnus. He was an author, playwright, the first editor of the school paper The Texan, and founder of The Alcalde, the alumni publication of the University of Texas, which today is one of the most successful and widely circulated publications of its kind.

Lanham had deep ties to Texas history and politics. His father, Samuel Lanham, served as the 22nd Governor of Texas and as a United States Congressman. It was Samuel, while serving as Texas governor, who convinced Lanham to take a year off prior to attending law school and serve as the governor’s personal secretary. That was Lanham’s introduction into the word of politics.

In 1919, Lanham won a special election to Congress in Texas’s 12th congressional district, succeeding fellow Democrat James Clifton Wilson, who resigned to accept a federal judgeship on the US District Court for the Northern District of Texas. Lanham would go on to serve in Congress from 1919-1947 and was a strong supporter of President Franklin D. Roosevelt and the New Deal.

While in Congress, Lanham served on several committees, including the Committee on Patents. By the time he retired, not only had Lanham left an indelible mark on American commerce, he simultaneously oversaw the construction of numerous federal buildings across the country, including participating on the planning committee for the design and construction of the U.S. Supreme Court Building. Although he never practiced trademark law, he became convinced during his time in Congress that the nation’s trademark laws needed to be modernized and expanded to provide stronger protection for brand owners. Lanham introduced HR 9041 in 1938, and over the next eight years he worked tirelessly to accomplish what was called the “Herculean task” of convincing Congress to broaden trademark protection through passage of what we now call the Lanham Act.

The Lanham Act governs federal trademark registration, trademark infringement, trademark dilution, and false advertising in the United States. This landmark piece of legislation enables consumers to confidently identify and differentiate between thousands of brands inundating the marketplace every day and to distinguish, with confidence, the nature and quality associated with those products and services.

The importance of trademark protection for companies and brand owners cannot be understated. Even if intellectual property is not your primary practice area, as an in-house lawyer, you have undoubtedly handled or come across a trademark issue on behalf of your company. Trademarks are the chief representation and embodiment of a company’s reputation and serve to create a powerful emotional relationship between brand owners and consumers. Quite literally, without trademarks and trademark protection our economy and the ability to effectively and efficiently market and sell goods and services would not be possible.

Today, the US Trademark Office receives more than 500,000 applications annually and issues on average about 350,000 federal registrations each year. Since its enactment, the Lanham Act has been cited by the United States Supreme Court in 57 decisions and by federal and state courts across the country in over 34,000 decisions.

The Lanham Act has served as the primary vehicle by which brand owners more broadly and effectively protect their trademarks. The statute sets out the actions and remedies available for registered and unregistered trademark infringement, prohibits the importation of goods that infringe federally registered trademarks, and protects brands with significant notoriety and fame. Most significantly, the Lanham Act allows for additional causes of action for owners of unregistered marks and eliminates the requirement of “willfulness” or “intent to deceive” as a necessary element to prevail in a trademark action under federal law.

Lanham was reelected 13 times and served with distinction until his retirement in 1946. His congressional papers are maintained at the Dolph Briscoe Center for American History at the University of Texas. Shortly after his seminal accomplishment, Lanham retired from Congress and remained in Washington to work as a lobbyist for the National Patent Council. He later returned to Texas to live out his life doing the things he loved to do — reading, writing poetry, preaching on Sundays in the Methodist Church, and entertaining children with magic tricks. Lanham died on July 31, 1965 at Seton Hospital in Austin, TX and is buried at City Greenwood Cemetery in Weatherford, TX.

After his death, the Fort Worth Star-Telegram wrote in a lead editorial entitled “Lanham, Gentleman of the Golden Age, “Classically educated, courtly, urbane and eloquent, Mr. Lanham was so much the gentleman that many thought this a handicap to his political career. It never appeared to be. He was a highly effective legislator and had a rare influence with his colleagues, who knew him to be unswervingly a man of his word.”

This year, we take time to remember Lanham’s legacy and his great effort and support of this important milestone in trademark history. We recognize the role and influence Lanham had on directly shaping the federal trademark law that still serves us today. Although the landscape in 2021 certainly has changed since the 1940s in a way Lanham could never have imagined, it is a great testament to the elected officials who crafted a strong backbone of laws that they still function in our globally connected and digitally driven world.

Inspired by the 75th Anniversary of the Lanham Act, and to help celebrate Lanham’s contributions and honor his legacy, a group of Texas lawyers recently founded a new nonprofit known as the Texas Intellectual Property Law Foundation. The aim of the Foundation is to undertake initiatives and activities not permitted by the traditional section under the current rules and procedures of the Texas Bar (submitting amicus briefs, advocating for legislative changes and awarding diversity scholarships).

Please also visit the State Bar of Texas Intellectual Property Section’s website to catch up on all upcoming events occurring in 2021 to celebrate this milestone.

To purchase a book on Fritz Lanham authored by Joe Cleveland please visit the IP Section’s page. All proceeds raised from the sale of the book will go to funding diversity scholarships.

This article was adapted from an article previously published in the International Trademark Association’s Bulletin in January 2021. 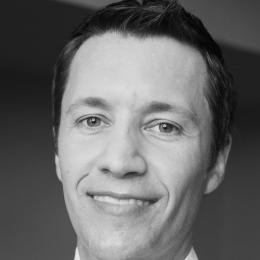