A couple of years ago, the leadership team for the law department of my company announced: “We are having a law department retreat. One of the activities is an improv comedy session.” This announcement generated some degree of puzzlement. The connection between improv and legal practice appeared tenuous and certainly only a true extrovert could relish having to channel one’s favorite improv comic to a room of co-workers.

Despite these questions and concerns, later that year, the legal team participated in a half-day session of learning the fundamentals of improv from masters of the craft. Now, upon further reflection, I have realized that the experience was very rewarding. In addition to confirming that I should not quit my day job, being exposed to the art of improv taught me a number of lessons readily applicable to my role as in-house counsel.

“No” is a powerful word

Being a father of three children has validated research postulating that one of the earliest words one learns to speak is “No.” This one syllable, powerful word effortlessly slides off the tongue, spans multiple languages, and often wreaks havoc on the best laid plans. More than once, my wife and I have spent hours researching and planning a family outing, asked our children whether they would like to do the planned activities, and received a resounding chorus of “No.” Their response sidelined any desire for future planning and innovation.

What is true at home is often true at work. The applicability of this adage to the use of “No” is so strong that corporate counsel would be wise to weigh carefully their use of “no” when providing legal advice. Though perhaps justified for a good reason, many corporate executives refer to the corporate legal department as the home of “Dr. No.”

Either perceived or experienced, corporate clients often view the law department as the place where good, innovative ideas go to die. Many executives would happily testify that a pointed “no” from the company’s lawyers wasted hours of cost spent to develop the organization’s next, greatest innovation. Improv comedy takes direct aim against the innate inclination to say “no.” Adapting the art of improv to providing legal advice can help corporate counsel avoid using the dreaded “no” and change executives’ view of the law department from being the undertaker, to the incubator, of novel ideas.

The “yes and” technique

The improv technique our team used to stress the value of not saying “no” involved two individuals having a conversation about a given event (e.g., riding a bicycle on a sidewalk). One person would start the conversation with a sentence or two (e.g., “I was riding my bike down the sidewalk…”), utter an open-ended phrase (e.g., “when I saw a parrot on top of a dog”), and then turn to the other person to continue the narrative by having that person initially say the phrase “yes and” before continuing the story.

The story would build with a continual back and forth until ending with a hilarious description of the scene or event being discussed. The cardinal rule for this technique was not to use “but” or “no” during the conversation. Inevitably, when one member of the team inserted either of these words into the dialogue, the routine stalled or ended. Use of these words destroyed the duo’s teamwork as one member contravened or refuted the position of the other. The routine was effective only when each partner embraced the other’s position and used the other’s statement as a launch pad or bridge to the intended result – getting a laugh. Countering or refuting the partner’s statement had the opposite effect – breaking the chemistry and elevating one member over the other to the detriment of the team and the ultimate objective.

The “yes and” technique works equally as well in the conference room as it does in the comedy club. When discussing a matter with a corporate executive, corporate counsel should seek to avoid injecting the word “no” into the dialogue. Instead, the lawyer should try to answer “yes and” when responding to an inquiry over a possible course of action or novel idea, unless, of course, the client is advocating for actions directly leading to criminal or civil liability or blatantly counter to the company’s ethical norms and culture.

Counsel should strive to achieve the company’s goal of generating a profit or otherwise increasing stakeholder value. In-house counsel should creatively think of how the client can achieve the proposed idea while mitigating risk. For example, the client may want to enter a new market which heightens compliance (e.g., corruption) or liability (e.g., product) risk. When being presented with this opportunity, the attorney may have the natural inclination to say “no” and list the reasons why the increased risks should preclude further pursuit of the idea.

Consider, however, the benefits of the attorney saying: “Yes, and here are the additional items we should consider to make this idea successful.” Using “yes and” enables counsel to affirm the goodness of the idea while simultaneously revealing issues which may have escaped the executive’s deliberations. Moreover, this positive response frames the lawyer as a teammate who wants the idea to succeed and not as an adversary to overcome. “Yes and” provides a mindset and technique in-house counsel can use to affirm the merits of a proposal while advising on how to mitigate risk and limit unintended negative consequences from implementing it.

Another fundamental improv drill we practiced at the retreat was to form a circle with the entire team of approximately fifty individuals and to “pass” from person to person a message comprising a hand signal with an audible sound (e.g., a swinging hand motion accompanied with an audible “Zip”). The objective was to have the message travel the circle as seamlessly as possible. This drill stirred engagement and, more importantly, promoted cooperation and cohesion among the group. For the message to move expeditiously around the circle, including with any reverse of direction, each person had to maintain the chain of communication in receiving and sending the message. Similar to using “but” or “no” during the “yes and” exercise, as the message traveled along the circle, the effectiveness of the routine suffered whenever an individual deviated from the rubrics for the technique (e.g., raising one’s hands or adding an antic in an effort to garner a laugh).

This exercise reinforced for the legal team the importance of not being a causal break of the chain. Unknowingly or not, the corporate legal team is the glue of the organization. Attorneys are uniquely situated so as to observe, participate in, and influence multiple facets of the company – from the C-Suite to the operational floor. In-house counsel connect the left and right hands and top and bottom of the firm and are positioned to promote the exchange of silos of information. When corporate counsel work individualistically, seeking to earn personal attention, or to champion the interests of only their particular business unit or internal client, they risk breaking the enterprise-wide chain of communication and cooperation. The concept of not breaking the chain has a number of applications, with safety and quality being notable examples, and is a pillar for a law department determined to create value for its client.

Though our group participated in other improv activities, the examples discussed here nicely frame the overall takeaway from the experience – the indispensable requirement of teamwork. Any viewer of a successful improv routine immediately realizes the vitality of teamwork for the endeavor. Teamwork has the same importance for in-house counsel. Unlike outside counsel who may represent a client for a single engagement, corporate counsel are inextricably tied to the business and must take a long view of their client relationship. Rather than maximizing a law firm’s profit, in-house counsel must prioritize optimization of the company’s performance and achievement of the organization’s objectives.

Participating in improv vividly demonstrated that selfishness impairs the team’s success. For every comedic routine, each team member must resolve to make the other team members look good, care not for who gets the laugh, and seek not the spotlight. This focus applies equally to corporate counsel – strive to make your peers look good, do not fret about who receives the credit, and avoid self-seeking behavior. Placing team over self will surely put a smile on your face and your client’s.

Keep them coming back for more

Though initially unsure of its utility, improv delivered great returns. I enjoyed participating in skits and watching my colleagues. More importantly, the fundamentals of improv surprisingly had direct application to my role as in-house counsel. Ultimately, the comic and in-house counsel share a common goal – keep them coming back for more whether it be laughs or legal advice.

Be a part of ACC. Join now. 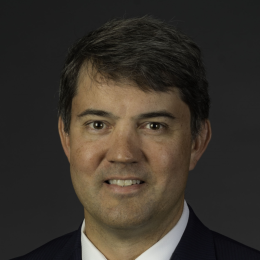