The substantial impact of the COVID-19 pandemic on the economy has been far-reaching and hard-hitting. Organizational restructurings, reductions in force, and company-paid severance benefits — topics that were largely overlooked during the economic boom in recent years — are now topics of frequent discussions.

Organizations are working to regroup after suffering the effects of widespread shutdowns and low consumer confidence. Reducing corporate expense is a high priority for many companies, and the significant cost of compensation and benefits has resulted in heightened scrutiny of employee benefits. Many organizations have been forced to reduce headcount without incurring substantial severance costs.

As a result, a growing number of US organizations are replacing their traditional severance plan with a Supplemental Unemployment Benefits Plan (SUB Plan), an Internal Revenue Service (IRS)-approved structure for paying benefits to employees impacted by a reduction in force. Under a SUB Plan, payments are reclassified from wages to benefits, making these payments exempt from employment taxes. Unlike traditional severance payments, all 50 US states and Washington, DC allow released employees to collect state unemployment benefits and company-issued SUB payments concurrently.

Under a SUB Plan, the employer pays separated employees the difference between the regular weekly wage and the amount of State Unemployment the employee is eligible to receive. Displaced employees maintain their pre-displacement wage, while employers save 30 to 50 percent compared to traditional severance.

A large services company faced with a widespread shutdown of operations resulting from the COVID-19 pandemic found it necessary to carry out an immediate and substantial reduction in force.

The organization made the decision to implement a SUB Plan and worked with TSI, a third-party administrator of SUB Plans, to design and launch the plan in four weeks. During the first six months of plan operation, from July through December, 5,099 furloughed and severed employees were paid through the plan.

By implementing a SUB Plan, the company saved US$17.7 million, or 48 percent, in savings compared to traditional severance, while maintaining the income of the released employees while unemployed during their benefit periods. From July through December 2020, the first six months of plan operation, 5,099 furloughed and severed employees were paid through the plan.

An employer using a SUB Plan may achieve cost savings via three mechanisms:

Like with severance, payments under a SUB Plan serve as consideration in exchange for a Release and Waiver. Employers can, therefore, have the same level of risk mitigation as with severance and provide terminated employees with income protection while unemployed, while achieving considerable cost savings.

Employee takes home US$918 more under a SUB Plan rather than severance plan.

Employer saves US$8,634 by using a SUB Plan rather than a severance plan.

History of SUB plans: Advocating for a more meaningful benefit

The SUB Plan was initially created in the 1950s as a way to provide additional income to individuals impacted by reductions in force, as state unemployment benefits were often inadequate to support displaced workers and their families.

Unions in the auto and steel industries, where temporary layoffs were common, advocated for an efficient way for employers to enhance state Unemployment Insurance (UI). However, because many states disallow individuals from receiving state UI while collecting “wages,” the receipt of supplemental wages would disqualify individuals from receiving the state benefit that the supplemental wages were meant to supplement in the first place.

To adjust for this, the SUB Plan was established, allowing payments made under the plan to be issued in conjunction with state UI and classified as benefits rather than wages.

Over the years, through various Revenue Rulings and Private Letter Rulings, the SUB Plan structure has held up under scrutiny. In March 2014, the US Supreme Court ruled in United States v. Quality Stores Inc. that severance payments, made pursuant to plans that do not tie the payments to receipt of state unemployment, are Federal Insurance Contributions Act (FICA)-taxable when made to employees impacted by a reduction in force.

During its review, the Court left intact IRS regulations governing the FICA nontaxability status of payments made under a SUB Plan when linked to the receipt of state unemployment. As a result, SUB Plans have become an effective and efficient vehicle for the payment of separation benefits.

Getting practical: How to administer a SUB Plan

There are legal and administrative requirements to consider when implementing a SUB Plan.

A SUB Plan must comply with the IRS guidelines, as well as state regulations concerning SUB Plans and state unemployment in the state in which it operates; many states require plans to be filed or approved prior to implementation. Monitoring state regulations to ensure Plan compliance is critical.

A key requirement of a SUB Plan is that each individual paid under the plan file and be eligible for state unemployment. To accomplish this, there must be weekly communication with released employees to determine eligibility for state unemployment benefits. While this may be manageable for some organizations, others will benefit from outsourcing SUB-Pay Plan administration.

The combined value of reducing burden on internal resources and utilizing a turn-key administration program can be significant. A chief element of evaluating a new strategy for paying separation benefits is exploring alternatives for its administration.

The end of traditional severance?

Recent dramatic changes to the labor force have cost companies billions of dollars in severance. While not widely known, SUB plans have been in place in many companies since the 1950s. They are highly flexible in their design, and companies can choose to either offer a more generous benefit to the released employee or to maximize savings to the company. Adoption of SUB Plans is growing rapidly as impressive cost savings are demonstrated by companies in all industries and employees become comfortable with the structure.

While it seems logical to fully examine and overhaul separation benefits programs during times of corporate distress — even during periods of relative economic stability — business needs continually evolve, and positions are eliminated. Implementing an innovative solution that integrates all available resources will address immediate financial needs and help establish a more solid platform for growth and recovery. 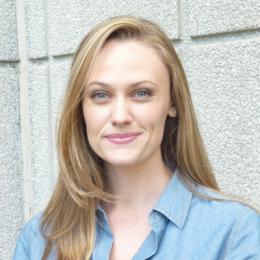