However, it also raised important questions regarding the divergence between what’s legally permitted and the potential risk to reputation.

This is the matter at the heart of the age-old dispute between lawyers and communicators, and how organizations can navigate through conflicting advice during a crisis.

While communication people are typically not reluctant to share their opinions about lawyers, I wanted to know what lawyers think about their own role in a crisis and what they think about the professional communicators they have to work with. To find out, I partnered with reputation and change management consultancy SenateSHJ and its PROI overseas network to interview experienced crisis lawyers in Australia, New Zealand, Canada, the United States, and the United Kingdom. The full detailed results of this first-of-a-kind survey appear as an entire chapter in my new book Crisis Counsel: Navigating Legal and Communication Conflict (Rothstein Publishing 2020).

The lawyers interviewed said that although the relationship with communicators is improving, most acknowledged that conflict between legal and communication advice is still very real.

The lawyers believe one of the areas particularly prone to conflict relates to public statements and disclosure. Specifically, they think the tendency of communicators to communicate openly and transparently means they risk disclosing information, which may lead to liability or future litigation. The lawyers are also concerned about the lack of legal awareness among communication professionals.

Another perceived area of potential conflict was balancing speed and accuracy. Almost every lawyer emphasized what they saw as the need for certainty before communicating during a crisis. This response appeared to show little appreciation for what it is very common in a genuine crisis: Decisions must be made quickly on what is known at the time, which is typically incomplete.

Although litigation was identified as an area particularly prone to conflict, when the lawyers were asked to nominate the main strength they bring to a crisis, the most common response was not their legal expertise but an ability to be calm and predictable.

Several noted that they are “officers of the court” and, accordingly, have a duty to integrity and truth and honestly representing the law. However, one respondent added a further strength is being able to see beyond the strict letter of the law. “A strength we bring,” he said, “is knowing what is appropriate and good judgment, not just what is legally possible.”

When asked to identify what communicators bring to a crisis, the lawyers’ focus was not on tactical skills, although they broadly recognized the communicators’ ability to develop succinct messages. Instead, the lawyers nominated the main strength of communicators as their understanding of stakeholders. Some of the lawyers conceded they were inclined to over-complicate messaging. Indeed, as one lawyer commented: “They understand the imperfections of human nature better than lawyers. They understand the gladiatorial nature of media better than lawyers.”

Despite these differences — and despite some of the lawyers expressing a continuing distrust of communicators — a striking theme was the recognition that both “sides” need to develop a better appreciation of each other’s roles. The sense was that improved understanding would lead to greater mutual respect for what lawyers and communicators can each contribute when a crisis strikes.

When conflicting advice arises, several lawyers in the survey stressed the importance of what they called a “hand-in-glove” approach. That was the key, they said, to achieving the best possible outcome for the organization as a whole.

However, every corporate counsel knows that sometimes their advice is accepted and sometimes it isn’t. One of the lawyers in our survey commented: “It’s important that the client knows my job is to advise, but you don’t have to follow my advice and I won’t be offended if you don’t, because there may be reasons why you follow some and not all of it, or not any of it.” Another added: “In the end, a lawyer simply needs to be clear about their advice and the consequences of not accepting it – and the client will make the final decision.”

Moreover, the likelihood of disagreement, and the severity of consequences, is never greater than in the pressure-cooker environment of a crisis.

In the best-selling legal thriller Predatory Kill, novelist Kenneth Eade wrote: “Most people, faced with two difficult choices, prefer not to choose at all.” However, outside the world of fiction, when a crisis strikes, decisions must be made — and they must be made quickly, often on limited information when it is impossible for all the facts to be immediately apparent.

Faced with this challenge, some organizations fall back on what I call the Legal Response Syndrome — where every crisis is treated as if legal considerations override all others. Think no further than the options facing Rio Tinto, which reportedly exercised legal authority to demolish the Aboriginal heritage caves, but at the cost of public outrage, major investor pressure, and the loss of the CEO and two other senior executives.

Of course, it’s important that all legal angles are appropriately addressed. Executives and boards have a statutory obligation to act in the best interests of their shareholders.

However, the Legal Response Syndrome arises when legal counsel is allowed to trump all other advice, which applies well beyond just needing to balance legal and communication advice. It may also apply to advice from operations, business, marketing, human resources, accounting, government relations, or a host of other disciplines.

US attorney Adam Treiger wrote: “When your client has a crisis that could put it out of business, call the crisis manager first, think about legal issues later. If you do it the other way around your client might not survive to utilize your keen legal analysis.”

Put another way, if you eventually appear in court because of the crisis, those legal proceedings will likely be years in the future. However, the court of public opinion is already in session and the public “jury” is already deciding the fate of your reputation.

To the over-cautious executive with a team of persuasive lawyers, it is tempting to treat every crisis or potential crisis solely as a legal problem. Yet, irrespective of the nature of the problem, just about no crisis or potential crisis is ever solely about legal matters. Failure to recognize that reality leads to the Legal Response Syndrome, serious functional disagreement, and the possibility of a very costly mistake.

While there are countless opportunities for conflicting advice, my research identified five areas which are most prone to disagreement:

In each of these areas — and more — conflicting legal and communication advice can exacerbate a serious issue or trigger a crisis.

That impact is well illustrated in the case of Canadian Deborah Kudzman, who became the center of a legal marathon as well as trademark litigation.

Kudzman launched a line of boutique soap under the brand Olivia’s Oasis, a name she chose because Olivia was her daughter’s name and because her products contained olive oil.

She promptly received a legal letter from Quebec-based drinks giant Lassonde Industries, known for its Oasis brand fruit juices. Lassonde’s lawyers demanded she immediately stop using the name, recall all her merchandise from stores, and hand over any profits she had made. (Bear in mind that her annual sales were approximately CA$250,000 compared with Lassonde’s revenues of CA$700 million).

After five years of legal argument, the Quebec Superior Court found that the trademark claim was groundless. Lassonde was ordered to pay the fledgling businesswoman CA$25,000 in punitive damages and CA$100,000 to cover legal costs.

In response, Lassonde management made a crucial legal decision that eventually brought them undone. The case had not attracted much media or public attention and the company lawyers apparently believed they had good grounds to appeal.

And they were right. Following a further two years of legal proceedings, in 2012 the Quebec Court of Appeal ruled in the company’s favor, leaving Kudzman to pay her ballooning legal bills.

However, when the court finding was reported in a local newspaper the following Saturday, it unleashed a social media storm of indignation that a major drinks manufacturer would go after a boutique soap maker on the grounds that consumers might confuse their products.

The weekend backlash reached a climax when popular TV host Guy Lepage tweeted to his 100,000 followers that he would boycott Oasis drinks to protest the company’s treatment of Kudzman.

To her surprise, she received a visit on Easter Sunday from a Lassonde senior executive offering an undisclosed settlement, sufficient to cover all her legal costs.

“I spent seven years fighting this,” she told reporters, “and within basically 48 hours, because of the outpouring of support, it was resolved.”

The resolution of the Oasis case is rather baffling. After fighting for seven years, the company won in court, then virtually overnight walked away from the verdict in what they called an “amicable settlement.”

It was certainly a costly exercise that had the potential to damage the reputation of the enterprise, and it demonstrated the decisive impact of social media and a high-profile influencer. The Oasis case might not be as dramatic or as significant as what happened at Rio Tinto, which generated global headlines. But the lesson seems to be the same. As one of the participants in my lawyer survey observed: “Legal is only ever one input into the way you deal with a crisis.” 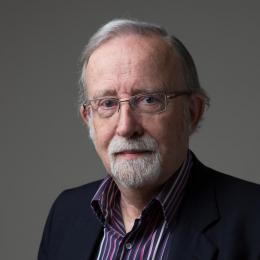