Don’t be a target

A wide range of industries are being targeted by class action lawyers filing “mass arbitrations” or individual arbitration claims that can be completed in five minutes through the development of artificial intelligence by the web site www.FairShake.com.

As detailed in the New York Times, this start-up and numerous class action law firms are turning arbitration into a weapon to help consumers file thousands of complaints with the American Arbitration Association (AAA). Each such matter can cost the targeted company almost US$5,000 in administrative, arbitrator, and hearing fees, not counting any outside counsel fees incurred.

When arbitration became acceptable and common place in consumer disputes

In AT&T Mobility LLC v. Vincent Concepcion, 563 U.S. 333, 131 S.Ct. 1740 (2010), the Court held that the Federal Arbitration Act (FAA) was designed to promote arbitration and that it preempted any state law prohibiting arbitration clauses requiring consumers to waive their rights to class-action lawsuits.

A UC Davis Law Review article published in 2019 found that 81 companies in the Fortune 100 used arbitration clauses in connection with consumer agreements and that 78 of these agreements included class-action waivers.

Mass arbitrations have been described as a recent phenomenon in which thousands of plaintiffs — often consumers, employees, or independent contractors — bring demands alleging the same improper conduct against a company at the same time.

It is worth noting that the use of arbitration in employment matters in cases of sexual assault or sexual harassment is now barred as the result of President Biden’s signature on March 3, 2022, of the Ending Forced Arbitration of Sexual Assault and Sexual Harassment Act of 2021, which amended the FAA. Arbitration is still lawful for class or collective wage and hour cases, sex/gender discrimination, Equal Pay Act, and related claims.

As a condition of employment, DoorDash required individuals who delivered food called “Dashers” to agree to arbitrate “all disputes arising out of or relating to this Agreement, [including] CONTRACTOR’s classification as an independent contractor” and required the arbitrations to be administered by the AAA . Abernathy v. DoorDash, Inc., 438 F.Supp.3d 1062, 1064 (N.D. Cal. 2020).

The agreement also provided that the parties “mutually agree that by entering into this agreement to arbitrate, both waive their right to have any dispute or claim brought, heard or arbitrated as, or to participate in, a class action, collective action and/or representative action...” In turn, the AAA’s Commercial Arbitration Rules required each individual claimant to pay a filing fee of US$300 and the responding company to pay a filing fee of US$1,900.

During 2019, over 6,000 Dashers filed arbitration claims with the AAA alleging that they had been improperly classified as independent contractors rather than employees. The Dashers paid over US$1.2 million in filing fees to the AAA. However, DoorDash refused to pay the nearly US$12 million in administrative filing fees that the AAA billed to DoorDash.

Rather than relying on the AAA to arbitrate these matters, DoorDash required Dashers to sign a new contract in which they agreed to accept new arbitration procedures instituted by the International Institute for Conflict Prevention & Resolution (CPR).

In rejecting DoorDash’s request to have the arbitration complaints resolved by CPR, the court held that pursuant the FAA the original contract agreed to between DoorDash and the Dashers must be honored; thereby requiring arbitration by the AAA.

Even the largest retailer on the planet has been affected by the filing of mass arbitrations. In July of 2021, Amazon announced the removal of the mandatory arbitration and class action waiver provisions from its consumer terms of service.

Amazon made this change after Keller Lenkner LLC served approximately 75,000 arbitration complaints against Amazon, alleging that Alexa devices recorded customers without their consent. Amazon’s new Conditions of Use require that any dispute or claim must be adjudicated in the state or federal courts in King County, Washington.

Which party pays the arbitration fees?

The FAA permits arbitration agreements to be declared unenforceable “upon such grounds as exist at law or in equity for the revocation of any contract.” AT&T Mobility LLC v. Concepcion, 563 U.S. at 339. This saving clause permits arbitration clauses in agreements to be invalidated by “generally applicable contract defenses, such as fraud, duress, or unconscionability.”

In order to avoid having courts (and in every state the standard may be different) declare arbitration clauses in adhesion contracts unenforceable because of one or more of these contract defenses, class-action lawyers often recommend that companies pay all administrative, arbitrator compensation and hearing fees.

Companies wishing to use the AAA to resolve disputes must submit their arbitration clause to AAA. The cost of reviewing the clause and maintaining it is US$500, with a Registry fee of US$500 charged each calendar year thereafter. When complaints are submitted by complainants to the AAA against a particular company, it is this clause that informs the AAA as to which party(s) will be paying for the proceedings.

The automation of the filing of arbitration complaints

FairShake recently claimed that over 65 percent of its clients are offered compensation and successful claims average US$600; its website mentions that if a claimant settles their claim, FairShake’s fee is 10 or 20 percent of the settlement amount.

Within two weeks of receiving the AAA complaint, any company that has agreed to pay all arbitration fees will receive a US$500 invoice for an Initial Administrative Fee from the AAA. Approximately five to six weeks later, the AAA will issue additional invoices for a Case Management Fee and Arbitrator’s Compensation for US$1,400 and US$2,500, respectively.

Should the arbitrator decide at a preliminary hearing that live testimony is not necessary to decide the case, they may order a Desk/Documents-Only Arbitration be held. Essentially, this becomes similar to a motion for summary judgment. The arbitrator’s Compensation Fee for a Desk Arbitration is US$1,500.

If a virtual or in-person hearing is held, the AAA will charge an additional US$500. In addition to any outside counsel fees that your company incurs, each AAA complaint may cost your company almost US$5,000 in administrative, arbitrator compensation and hearing fees.

Although some FairShake complainants demand several thousands of dollars, many complaints are in the hundreds of dollars, or even less. Given the cost of litigation, targeted companies have an obvious incentive to settle. Essentially, the process uses the threat of a AAA arbitration proceeding as a hammer to push settlements.

Read more in the Docket article "Litigation Nightmares: How to Tame Class Actions and Multidistrict Litigation"

There are several potential strategies to avoid mass arbitrations and the submission of FairShake complaints. In light of the trend described above, companies may consider adapting their alternative dispute resolution (ADR) clause by incorporating the following concepts:

Please keep in mind that under the FAA, arbitration clauses are subject to “generally applicable contract defenses, such as fraud, duress, or unconscionability” and may be invalidated based upon the laws of the relevant jurisdiction(s). You should engage experienced counsel to help you draft an ADR clause in order to increase the chance that it will survive any challenge to its validity. 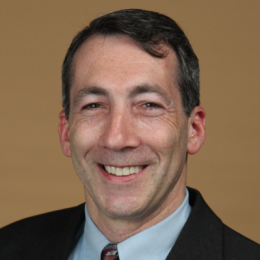