Running a startup is stressful in normal times. COVID-19 is now squeezing startups from both ends: Some venture capitalists (VCs) are pulling back from their financial commitments, customers have been slow to pay, and accounts receivable are turning into bad debt.

This is causing downstream effects — from layoffs to broken leases to fire sales of office furniture — which can happen under the radar because no company wants to issue a press release announcing that it is laying off most of its US staff, closing its offices, and offshoring its engineering work.

However, this is exactly what is happening with some tech companies in San Francisco and Silicon Valley. Especially hard-hit are software as a service (SAAS) companies supporting traditional retailers and the travel industry (with Airbnb as a notable exception).

Fortunately, it has not all been bad. On the positive side, tech startups are relatively well situated to adapt to remote working arrangements. Also, the COVID-19-related business interruption has directly benefited companies offering online services, cloud infrastructure, and automation technologies. In the short term, a number of tech startups have followed the federal funds and pivoted to create offerings related to COVID-19, such as diagnostic and therapeutic tools and solutions.

Rapid upheaval can lead to litigation, and that is a distraction that no company wants. Courts and arbitrators will not pause actions while a company attempts to right its financial ship. Employees, landlords, and creditors will not wait and risk getting nothing.

Moreover, a dispute over withdrawn financing or a withheld payment might take years to resolve — which means a favorable judgment may ultimately come too late for a startup that needs cash now. Litigation can take years in the best of times, and now courts have scaled back their functions so trials across the country have been continued or suspended. For startups seeking efficiency, spending money on litigation when jury trials are on hold is a questionable proposition.

Alternative dispute resolution (ADR) is an attractive option for startups. Whereas conventional litigation can easily take years, an expedited arbitration should result in a final award within six months. And while arbitration hearings moved online this past March, courts are only now piloting trials. Judges are adapting, but not as quickly as arbitrators. When trials do resume, priority will not go to commercial or employment disputes.

If a company needs a claim resolved over the next 18 months, its options include direct negotiation, mediation, and arbitration. Direct negotiation may be simple and inexpensive, but if disputes have become contentious and parties have become entrenched in their positions — particularly with emotionally charged issues like renegotiation of deal terms, partnership disputes, manufacturing failures, and premature contract termination — a neutral third party can be a critical catalyst. A neutral can improve communication, help parties save face, and result in business-oriented solutions.

Although mediation does not result in every case settling, or immediately settling, its relatively low cost coupled with a significant likelihood of success represents dramatic savings compared to ongoing litigation fees. By requiring mediation before litigation and arbitration in commercial contracts, companies can settle at least some cases before they’re even filed, or at least improve the chances of settlement down the line.

While commercial parties are typically familiar with mediation, which usually takes place either shortly before or during litigation, even earlier neutral involvement can help to contain and deescalate friction before it leads to major disputes. With early neutral facilitation, a third party may be assigned to a particular project or partnership (e.g., such as a joint development project for a new product) so that as problems inevitably arise, they can be quickly and efficiently resolved.

Consider a recent scenario involving a tech startup experiencing a cash flow crisis that resulted from its VC partner declining to provide additional funding despite recently executing a Series B term sheet. The founders and their investor went to mediation after their negotiations reached an impasse and litigation was threatened.

Shortly thereafter, the VC partner provided enough funding to allow the startup to continue operations for several more months. This helped the VC partner avoid negative publicity and protect its earlier investment in the startup, and gave the startup time to seek alternate financing while reducing its burn rate.

In addition to mediating with its VC partner, the startup simultaneously mediated with one of its biggest creditors: its primary contract manufacturer. It was able to restructure payment obligations while giving the manufacturer more confidence that repayment would occur. In a creative resolution, the startup satisfied its outstanding liability to the manufacturer through a combination of its own services and a longer-term contract that deferred payments.

No court could have ordered such outcomes, and conventional negotiation, which is inherently competitive in nature, seldom prioritizes finding common ground. Amid the political and economic turmoil arising from COVID-19, attitudes toward technology and the environment are changing. In uncertain times, long-term plans must be shaped by short-term exigencies.

A favorable judgment a few years from now is worth nothing if the debtor cannot pay, especially while capital is tied up in value destructive litigation, technology advances, and competition increases. Disputes are a drain on a company’s resources. Few can afford the distraction when events, attitudes, and markets are shifting this rapidly. 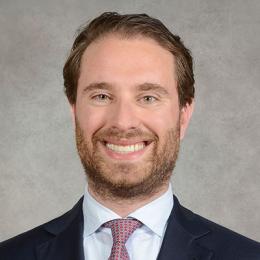 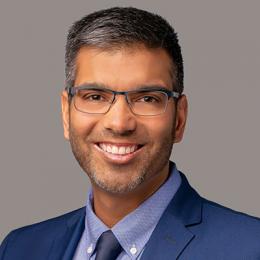