Vietnam’s active integration into the global supply chain leads to a high requirement under which employees’ unions must be independent from the state governance and employers’ influence. The 2019 Labor Code, which took effect on January 1, 2021, paved a critical path to satisfying the requirement for better protection of employees’ rights and interests. This article introduces the birth of the modern union called “employees organizations” at the enterprise-level next to the traditional trade unions governed by the state.

In Vietnam, the trade union was the only organization dedicated to protecting employees’ legitimate rights and interests from the implementation of the first Labor Code in 1994 until the Labor Code of 2012 was enacted.

Under the Labor Code of 2012, the term referring to trade unions was changed to: “Representative organization of a grassroots-level employees “collective.” However, the essence of this organization remained and was defined as “the executive committee of a grassroots trade union or the executive committee of the immediate upper-level trade union in a non-unionized enterprise.” As such, it could be said that it was old wine in a new bottle.

Why was there a change to “the Employees’ Organization at Enterprise-level” from the previous trade union definition?

In practice it was proven that the trade union had not been influential and could not competently perform its function as an independent representative organization for the rights and interests of employees because the trade union’s organizational structure and operational mechanism were still dependent on the enterprise.

Moreover, Vietnam's economy has been increasingly dynamic and responsive in recent years and has proven that it is an active and progressive member of the international community. The development of effective employee organizations has been advocated by the Communist Party of Vietnam through Resolution 06-NQ/TW dated November 5, 2016. Subsection 2.10 of this Resolution pledged to take action in “Promulgating new legislation, or amending and supplementing the current ones, concerning the allocation of state management responsibilities in order to change and strengthen the effective management of the establishment and operation of the employees’ organizations at enterprise-level in order to protect the legitimate rights and interests of employees, and to facilitate enterprises doing business stably and successfully. Ensuring the establishment and operation of the employees’ organizations at enterprise-level being in line with the process of completion of the legal framework, consolidating administrative means and measures to facilitate these organization’s smooth and healthy operation in accordance with the provisions of Vietnamese law and the principles of the International Labor Organization, while maintaining socio-political stability.”

Therefore, the most outstanding development of the 2019 Labor Code is the recognition of the existence of two forms of employees’ representative organizations at the grassroots level, comprising: a grassroots trade union and an employees’ organization at enterprise-level. The 2019 Labor Code codifies the direction of Resolution No. 06-NQ/TW of the Central Committee of the Communist Party of Vietnam aligning the country with international integration on employee representative organizations.

Establishment of an "Employees' Organization at Enterprise-level"

An employees’ organization at enterprise-level is duly established and operated after registration with the competent state authority. These organizations enact their own charter and have financial resources independent of the grassroots trade unions. Their management board are Vietnamese employees who are employed at the enterprise. More importantly, the employees’ organizations at enterprise-level must not comprise both ordinary employees and the employees directly involved in the decision-making process related to working conditions, recruiting employees, disciplining employees, employment termination, or assignment of employees to perform other jobs.

Although the 2019 Labor Code’s provisions for the establishment of employees’ organizations at enterprise-level took effect on January 1, 2021, there have been no such organizations established thus far. This is due to the of the lack of specific instructions from the government on the establishment, participation in, and operation of these organizations, specifically dossiers, orders, procedures, and competence for registration; state management over financial matters and assets of these organizations; division, separation, consolidation, merger, dissolution, and the right of association of these organizations. It is hoped that the government will expedite issuing the necessary guidance and regulations to enforce the 2019 Labor Code's provisions in order to strongly and effectively protect the interests of employees. 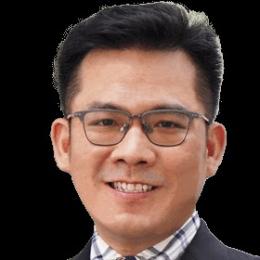