Revised Swiss corporate law in force as of January 1, 2023

On January 1, 2023, the revised Swiss corporate law will come into force and bring about considerable changes to the rules governing Swiss stock corporations (AG/SA/Ltd) and Swiss limited liability companies (GmbH/Sàrl/LLC). This ACC Quick Overview sums up how these amendments may be used to enhance the efficiency and digitization of the corporate governance of Swiss group companies.

The revised law contains several tools aimed at streamlining the decision-making process in Swiss companies at the level of the general meeting of the shareholders and the board of directors. These modernizations are available to Swiss stock corporations and Swiss limited liability companies.

Until now, written resolutions were only admissible for the decisions of the board of directors. Under the amended Swiss corporate law, shareholders may take written circular resolutions as well, provided that no shareholder requests oral deliberation. Such written resolutions do not require a basis in the articles of association. This constitutes a significant simplification of corporate housekeeping (particularly for fully owned Swiss subsidiaries) as physical shareholders' meetings no longer need to be held. However, based on the somewhat ambiguous wording of the relevant provision of the Swiss Code of Obligations, it is debatable whether any form of text (for instance a plain email without signature) is sufficient for written shareholders' resolutions, or whether a wet-ink/qualified electronic signature is required. Considering the spirit of the modernized law, it would be desirable to have maximum flexibility in this respect. In this context, it is important to keep in mind that written resolutions that must be filed with the commercial register (such as e.g. resolutions regarding board elections) may arguably still need to be signed in wet-ink or by a qualified electronic signature recognized in Switzerland.

In summary, the amended law provides for increased flexibility with respect to corporate housekeeping matters and streamlines the related processes, through written shareholders' resolutions, board resolutions by email and virtual (or hybrid) shareholders' and board meetings.

As an alternative to Swiss francs (CHF), the revised law will allow Swiss stock corporations and Swiss limited liability companies to denominate their share/quota capital in a foreign currency that is essential to their business activities. As of January 1, 2023, the permissible currencies are US Dollars, Euros, British Pounds, and Japanese Yen. If the share capital is denominated in one of these permissible foreign currencies, the bookkeeping and accounting must be done in the same currency. At the time of its establishment, the share capital in foreign currency needs to be at least equal in value to the minimum statutory capital requirement in Swiss francs (i.e., CHF 100,000 for the stock corporation and CHF 20,000 for the limited liability company). There is no requirement for a capital increase if the value of the capital in foreign currency would later fall below the Swiss francs statutory minimum amount due to exchange rate fluctuations (although such currency depreciations may limit the available headroom for capital reductions).

Interim dividends allow Swiss subsidiaries of groups of companies to more easily allocate liquidity within the group and distribute quarterly dividends to its (foreign) parent company.

From an in-house counsel perspective, the reform is managed best through a step-by-step approach. First, the impacts of the amended law and potential efficiency gains for Swiss group companies should be assessed. Secondly, the corporate documents requiring modifications need to be identified. The new law does not oblige Swiss companies to immediately amend their articles of association. Instead, they are given a transition period of two years as of January 1, 2023, until December 31, 2024, during which provisions that are incompatible with the revised law remain valid. However, as described above, amendments to the company’s articles are, among others, necessary for virtual general meetings, general meetings abroad, and a share capital in foreign currency. 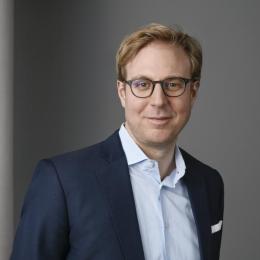