The merger control provisions of India’s Competition Act, 2002 (as amended) (“Competition Act”) came into effect on June 1, 2011. The Competition Commission of India (“CCI”) has passed several orders in its assessment of over 900 merger notifications received so far, and few key issues are set out below.

The Indian merger control regime mandates that if (i) the de minimis thresholds (discussed in Section 2 below) and (ii) the thresholds set out in Section 5 of the Competition Act are exceeded, parties to a proposed combination must notify the transaction to the CCI. The Indian merger control regime is suspensory in nature. No notifiable combination can be consummated (entirely, or in part) without CCI approval. If the transaction is consummated without CCI approval, the CCI will levy a penalty and may even declare the transaction void (Check out the detailed threshold chart here).

Typically, foreign-to-foreign transactions, where the relevant business is located outside India with no direct or indirect presence in India, would not have local nexus, and therefore, would not be notifiable. In essence, only if parties exceed the de minimis thresholds and the thresholds under Section 5 of the Competition Act (discussed in Section 2 below), will they be considered to have a local nexus, and the transaction would thereby be notifiable. The CCI has clarified that foreign-to-foreign transactions resulting in an indirect acquisition of an entity in India must be notified (see Veolia Environnement S.A. / Suez S.A. (C-2021/07/852, order dated May 17, 2022).

Section 5 of the Competition Act sets out the assets and turnover jurisdictional thresholds based on which the notifiability of a transaction is assessed.

Note that there are eight separate tests, involving worldwide and Indian assets and turnover at: (a) group level, (b) competing enterprises level in case of competitor acquisition, and (c) direct transacting party level, which must be assessed to determine notifiability. The form of a transaction is important, as the threshold tests could differ if the transaction is (a) an acquisition of a non-competitor, (b) an acquisition of an actual or potential competitor, or (c) a merger or amalgamation.

In March 2011, the Ministry of Corporate Affairs (“MCA”) prescribed a de minimis test, whereby if the target entity has assets or turnover below INR 3.5 billion (approx. USD 43.91 million) and INR 10 billion (approx. USD 125.45 million - the USD amounts are calculated at the rate of USD 1 = INR 79.71 based on the spot exchange rate for the 6 months preceding 29 November 2022) respectively, the acquiring party is exempt from making a notification to the CCI (de minimis Exemption).

Lapse of the notification dealing with identification of “group”

A significant law pertaining to the definition of a “group” expired in March 2021 and has not been renewed by the MCA. For context, in June 2011, the MCA exempted a group exercising less than 50% of voting rights in other enterprises from the jurisdictional thresholds set out under the Competition Act (Notification dated March 4, 2011). As a result, many more companies can now be considered part of a group if the holding company exercises shareholding between 26% to 50%. This impacts the notifiability assessment, as minority shareholding may have to considered for threshold assessments.

The CCI has not provided specific guidance on joint ventures (“JVs”), and the Competition Act itself is silent on how JVs are treated under merger control. Unlike the European Union (“EU”), the concept of full function JVs is not recognised in India, and even a temporary arrangement may be notifiable.

For acquisitions, the trigger for notifying the CCI is the execution of binding transaction document(s) or any other binding document(s) conveying an agreement or decision to acquire control, shares, voting rights, or assets. For mergers and amalgamations, the trigger refers to the approval of the proposed combination by the board of directors of the parties.

For an acquisition of distressed assets under the Insolvency and Bankruptcy Code, 2016 (“IBC”), the trigger event is the adoption of the resolution plan by the acquirer.

For global transactions, the CCI typically considers the global trigger to be the trigger event in India – even when there is an explicit carve-out for India in the global agreement.

Parties can file a Form I (short form) notification or a Form II (long form) notification to the CCI, which is subject to the market shares of the parties. A Form II notification is recommended where parties have a market share of over 15% or 25% respectively in any horizontally or vertically overlapping market (On April 4, 2022, the CCI notified the revised format of Form II by amending the Combination Regulations).

In August 2019, through an amendment to the Combination Regulations, the CCI introduced a “Green Channel Route” process for notifying combinations not involving any horizontal, vertical, or complementary overlaps between the parties to the combination. A combination is deemed approved on receiving an acknowledgment of filing under the Green Channel Route.

The CCI has 30 working days to form a prima facie opinion on whether a proposed combination results in an appreciable adverse effect on competition (“AAEC”) in India and 210 calendar days to issue its final decision. The CCI can also request additional information from parties or any other enterprise, and the time taken to respond to such requests is excluded from the 30-working day period ("clock stops”).

If the CCI reaches a prima facie opinion that a combination does not (or is not likely to) cause an AAEC, it formally approves the combination – a Phase I investigation. If the CCI is unable to form this opinion, based on the information received from the parties, it can initiate a detailed Phase II investigation.

Section 43A of the Competition Act provides for imposition of penalty where the parties have consummated the transaction (entirely or in part) prior to obtaining CCI approval (a practice commonly called “gun jumping”). The maximum penalty that can be imposed is 1% of the total turnover or the assets, whichever is higher, of the combination. The Competition Act also provides the CCI with an option to “look back” and inquire into a combination which has not been notified for up to one year from the date of completion of such combination.

7. Consequences of insufficient information in the notification

In a recent filing involving Amazon.com NV Investment Holdings LLC (“Amazon”), the CCI asserted that Amazon had sought approval for its investment in Future Coupons Limited (“FCL”) but had failed to disclose its strategic intent behind: (i) certain underlying rights it received in Future Retail Limited (“FRL”) as part of its investment in FCL, and (ii) the strategic nature of certain commercial agreements between entities belonging to Amazon and FRL.

Accordingly, the CCI imposed a penalty of INR 2.02 billion (approx. USD 25.34 million) under Sections 43A, 44, and 45 of the Competition Act. Further, it also suspended its approval and directed the parties to re-file the notice for approval. The CCI’s decision was upheld by the National Company Law Appellate Tribunal (“NCLAT”); however, the NCLAT reduced the penalty imposed by the CCI. Amazon has filed an appeal with the Supreme Court of India and the matter is presently pending.

8. Remedies - getting the deal through

Where the CCI is of the view that a proposed combination may lead to an AAEC, either the parties may voluntarily propose certain remedies, known as “modifications”, to the combination to address such concerns, or the CCI may itself propose modifications. Such remedies can either be structural or operational. As in most jurisdictions, the CCI has shown a preference for structural remedies as they provide certainty and are easier to monitor.

The CCI regularly initiates market studies on various key sectors to understand underlying issues prevalent in the sector and the competitive impact of such issues. These market studies provide industry-specific insights into how the CCI views and assesses competition in those industries, which can also shape the merger control analysis.

10. Amendment of the legislative framework – the Competition Amendment Bill, 2022

What to keep in mind

Despite the comparatively nascent nature of the Indian merger control regime, the CCI has displayed maturity in assessing and clearing complex mergers. It has not prohibited any transaction yet. The Amendment Bill further seeks to usher in significant developments to align it with best merger control practices of foreign jurisdictions.

A few helpful tips for businesses for merger compliance are: 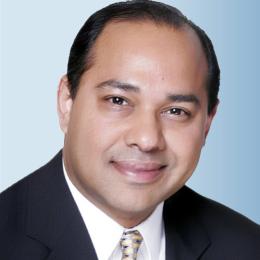 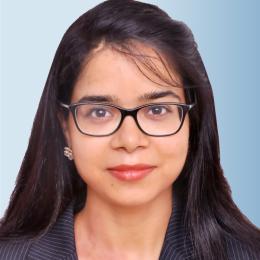