Since the advent of globalization, enterprises have engaged in increasingly complex cross-border transactions. In many cases, such mandates involve dealing, interfacing, and obtaining approvals from government entities in foreign countries. To ensure transparency and fair play, governments around the world have enacted anti-bribery and anti-corruption legislations, many of which are extraterritorial in nature. Prime examples are the US Foreign Corrupt Practices Act, 1988 (FCPA) and the UK Bribery Act, 2010. As a result, it has become very important for businesses to ensure that they are in compliance with the anti-corruption laws of not only their own country but also of countries where they do business.

Widespread corruption can be cancerous for the economic well-being of a country. It can encourage monopolies, disrupt fair competition and, most importantly, disincentivize fair market conduct. India was ranked 85 among 180 countries in the 2021 Corruption Perception Index published by Transparency International. The country’s rank has more or less remained stagnant over the years, signaling that no significant improvement has been undertaken to improve India’s anti-corruption policies.

Since the beginning of 2022, Devas Multimedia-Antrix deal India has seen the unfolding of several high-profile corporate scams and scandals. In January 2022, the Supreme Court ruled on the Devas Multimedia-Antrix deal and called it a “fraud.” February saw the AGB Shipyard scandal, which may be regarded as India’s biggest bank fraud. In the same month, the Central Bureau of Investigation (CBI) revived its probe regarding the National Stock Exchange’s co-location scandal, in which the Securities and Exchange Board of India issued an order implicating the former National Stock Exchange CEO, Chitra Ramakrishna, and others. Further, the proceedings against Rana Kapoor, founder of Yes Bank, have been ongoing, for his alleged role in the Dewan Housing Finance Corporation Ltd scam.

In India, the primary anti-graft legislation is the Prevention of Corruption Act (PC Act), 1988 (amended in 2018). It applies to Indian and foreign companies operating in India through subsidiaries or associated entities.

The PC Act’s amending in 2018 was to criminalize bribe-giving, as well as bribe-taking. Section 8 of the PC Act, which deals with the offense of bribing a public servant, provides for a punishment of imprisonment for a term of up to seven years, a fine, or both. However, when the offense is committed by a commercial organization, it is punishable only with a fine under Section 9 of the PC Act, except if the offense has been committed with the consent or connivance of any director, manager, secretary, or other officer of the commercial organization, in which case all such people can be held guilty and may be punished with imprisonment for a term between three and seven years, along with a fine.

Accused persons can defend themselves by proving that they were compelled to provide the undue advantage only if they report the matter to the authorities under the PC Act within seven days.

Although the PC Act extends to the whole of India and even applies to Indian citizens outside India, it has limited extraterritorial reach as it does not cover bribes made to foreign officials. In this context, the Institute of Company Secretaries of India has come out with the Corporate Anti-Bribery Code, 2017, which addresses the bribery of foreign public officials, and can be voluntarily adopted by companies.

That being said, the PC Act defines a commercial organization to include a body corporate, partnership firm, or any other association of persons, which is incorporated or formed outside India and carries on business in India. Given this, as discussed above, Section 9 read with Section 10 of the PC Act can lead to imposition of liability on the foreign directors, managers, secretaries, and other officers of a commercial organization.

For instance, the Louis Berger International Inc. case resulted in the United States in a deferred prosecution agreement in 2015 between the company and the US Department of Justice, in connection with a bribe paid to public officials in India to secure water projects in Goa and Guwahati. In India, a Public Interest Litigation (PIL) was filed before the Guwahati High Court (Bhaben Handique v. State of Assam, 2017 SCC Online Gau 713) seeking an inquiry under the provisions of the PC Act, and the Guwahati High Court ordered the CBI to probe the matter. While the CBI has been investigating the matter since 2017, the police in the State of Goa also filed a chargesheet against and arrested several persons, including a vice president of the group. This case evidences the need for directors and officers of foreign entities to be mindful of the risk of being subjected to proceedings under the PC Act despite its limited extraterritorial applicability.

In the cases listed below, Indian regulators have, inter alia, initiated action against subsidiaries of foreign companies under the PC Act and other Indian statutes, and these are important examples of how things can go wrong in India on the anti-corruption compliance front.

In the matter of Cadbury Limited and Mondelēz International, Inc, the US Securities Exchange Commission (SEC) charged the two companies with violating the internal accounting controls and books and records provisions of the FCPA. The SEC based the charges on its findings that Cadbury India Limited, a subsidiary of the global multinational, allegedly engaged an agent to interact with Indian government officials to obtain licenses and approvals for a chocolate factory in India, and that the Indian subsidiary allegedly did not accurately and fairly reflect the nature of the services rendered by the agent in its books and records. The CBI assisted the US Securities Exchange Commission in its investigation and also registered a case against Cadbury India under the PC Act. The matter was settled in 2017 between the entities and the SEC.

In the Embraer case, the SEC brought a complaint against Embraer S.A., alleging that the company made payments not appropriately recorded in its books and records, to an agent in India in connection with the sale of three military aircrafts to the Indian Air Force. In the United States, the matter was settled in 2016 between the company, the SEC, and Brazilian authorities. In India, press reports indicate that the Indian government asked the CBI to probe the corruption charges against the company, which resulted in the CBI registering a First Information Report (FIR) under the provisions of the PC Act. Simultaneously, the Enforcement Directorate, Department of Revenue, Ministry of Finance, Government of India (ED) also filed a chargesheet against the company before a special court set up under the Prevention of Money Laundering Act, 2002. While the proceedings in India are ongoing, the ED has attached the assets of Embraer and certain middlemen.

Further, in the CDM Smith case, the US Department of Justice found that CDM Smith Inc., through its employees and agents, and those of its wholly owned subsidiary in India (CDM India), paid bribes to Indian government officials in exchange for highway construction supervision and design contracts, as well as a contract for a water project. In 2017, CDM Smith agreed to disgorge approximately US$4 million. In India, the Central Vigilance Commission set up a special investigation team that submitted a report based on which the CBI registered an FIR. In the FIR, certain "unknown officials" of the National Highways Authority of India, CDM India, and others, were booked under the PC Act.

Navigating the breadth and contours of the various domestic and international anti-corruption legislations can be a challenging task, and any trip up can have significant reputational and monetary consequences. To mitigate these risks, companies should undertake the following measures: 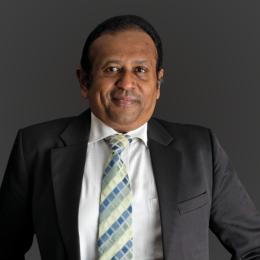