Stephen Colbert, the former host of the satirical rightwing The Colbert Report, revived his character at the Republican National Convention earlier this summer. It wasn’t long before CBS, which airs Late Show, the current home of host Stephen Colbert, heard from Viacom’s lawyers that he had violated its intellectual property. ACC reached out to the IP Committee to examine and understand the disagreement. Casey Mangan, corporate counsel for Allstate Insurance, and Alisa Key, senior counsel at Pearson, weighed in with their thoughts on how this story will develop.

1. Why does Viacom own the rights to Stephen Colbert's name?

Let’s start by saying that it’s not certain Viacom would own the rights to his name and character. We did not locate any trademark registrations, much less pending applications, in the online records of the USPTO for either COLBERT or the COLBERT REPORT; but, as noted below, there may be common law rights. In any event, as they say, the “devil is in the details” and who owns the IP (trademarks, copyrights, rights of publicity, etc.) may all be wrapped up in the four corners of a contract, which likely is sealed tight with confidentiality provisions. Regardless, assuming Viacom is claiming intellectual property rights, its likely argument is that it had a contract with Colbert while he hosted The Colbert Show which called for all IP, copyrights and trademarks, in and to the show including any developed characters and names and associated rights of publicity to be owned by Viacom.

The copyrighted material likely would have been identified as a “work for hire” owned by Viacom. In particular, the general copyright law “work for hire” rule is that works created by an employee within the scope of his or her employment are automatically owned by the employer. So, assuming Colbert was an employee, and created the Colbert character, Viacom would also argue (in addition to its contractual work for hire argument) that it owns the copyright in the Colbert character and all indicia thereof by operation of law. Further, as is common in copyright ownership matters, the party claiming ownership (Viacom) will also include in its contract with the talent an assignment provision which it will rely on to the extent the work for hire provision is determined by a court to be ineffective or if the talent was not hired as an employee but rather as an independent contractor.

The reason this dispute is so interesting is that there is at least a question whether the Colbert character alone (as distinct from as an element in each episode of the show) is copyrightable subject matter. Courts have generally found cartoon or fictional characters to be protectable by copyright if they are sufficiently distinct and unique. Superman (Detective Comics, Inc. v. Bruns Publications, Inc., 111 F.2d 432 (2d Cir. 1940)); Mickey Mouse (Walt Disney Productions v. Air Pirates, 581 F.2d 751, 754-55 and n.5 (9th Cir. 1978)), and Tarzan (Burroughs v. MGM, 519 F. Supp. 388, 391(S.D.N.Y. 1981)) are all protected under copyright law.

What’s arguably different here is that Colbert is playing a character that is very similar to himself in real life with identical names, images, voices, and likenesses. His character’s political views may diverge from Colbert’s views, but their use of humor to entertain is identical. As a result, there may be an opportunity for Colbert/CBS to argue that the character in this case is not protectable copyrightable subject matter. Courts have recognized that not all characters are protectable, in part based on how precisely drawn they are. See, for example, the case of Nichols v. Universal Pictures Corporation, 45 F. 2d 119, 121 (2d Cir. 1930), in which Judge Learned Hand recognized that characters comprised of commonly available attributes may not warrant copyright protection:

“It follows that the less developed the characters, the less they can be copyrighted; that is the penalty an author must bear for marking them too indistinctly.”

Of course, the rights of publicity and trademark rights may still be at issue, even if a copyright claim is determined on the facts here not to be viable.

While it does not appear that COLBERT, STEPHEN COLBERT, or THE COLBERT REPORT are federally registered trademarks, they are likely common law trademarks in association with entertainment services. Any agreement transferring the copyrights in the Colbert character likely called for assignment of the trademark rights and potentially rights of publicity to Viacom as well.

Overall, Viacom may have the stronger argument regarding these IP rights, but again the devil may be lurking in those contract details and it should be interesting to watch. We certainly expect Colbert to lodge fair use and other defenses.

2. How long does Viacom own the rights? Is there a limit typically?

If Viacom obtained the rights to Colbert’s character via the “work for hire” doctrine or assignment, it would own the copyright rights for their remaining duration. The typical duration of a copyright owned by a corporation is 95 years from publication or 120 years from creation, whichever expires first. With an assignment, however, the original copyright owner retains the right to terminate the assignment 40 years after its execution or 35 years after publication of the work under the grant, whichever occurs first, so there is a possibility that any copyright assignment could be terminated earlier than the duration of the copyright.

3. When he brought out the character's identical twin cousin, Stephen Colbert, how does that not violate Viacom's IP rights? Can the identical twin cousin joke really be pulled off without receiving another cease and desist letter? Will the new character have to change different aspects of his character, apart from his wardrobe? Where is the line?

It’s unclear how the “twin cousin” joke will fare, but it certainly seems that Colbert is adopting a tactic similar to that which David Letterman used when he moved from NBC to CBS. Conan O’Brien too was been faced with conflict with networks over intellectual property ownership of comedic material when he departed certain late night shows.

Colbert might well argue that his new character is a parody of his old character and thus is a fair use. There may also be a basis for Colbert to cite to the First Amendment as a defense of his adoption of the new character. He may not need to change the character traits if he relies on a parody defense, as parody requires the party asserting the defense to use the original as part of the parody. The humor is derived from the similarity of the two characters. For its part, Viacom should likely argue that the new character is nothing more than a close copy of the original that they own, and therefore is an infringing use. Again, time will tell.

4. Does CBS have to worry about being sued for using very similar language — changing the "the Word" to "the Werd" — as the name for the segment on Colbert’s Late Show?

Hard to predict. For this question, the likely IP right that would be involved would be trademark law, not copyright. The phrase “The Word” is too short to be protectable via copyright. From our review of the USPTO trademark records, it does not appear that the term “The Word” is federally registered, but as we discussed above, there are likely common law trademark rights existing in the terms. However, “The Word” is a very descriptive phrase and may not be protectable as a mark. Given how weak the mark is, it may be that the change in spelling will be sufficient to avoid confusion. In a similar context, David Letterman renamed his NBC segment “Viewer Mail” as “CBS Mailbag” when he departed the Late Night show for CBS’s Late Show to avoid IP concerns raised by NBC. Also, Colbert might argue the revised spelling is really a parody of the prior Comedy Central offering, and thus is permissible. Viacom would likely argue it succeeded to the trademark rights in “The Word,” its mark is protectable, the mark “The Werd” simply replaces one vowel and sounds the same as “The Word” and, therefore, infringes Viacom’s trademark rights. Irrespective of any rights Viacom might assert, Colbert and his team should consider whether “The Werd” might infringe someone else’s trademark rights too.

We’ll keep an eye out for further news on this dispute and other interesting IP issues that this election year and its activities bring into focus. 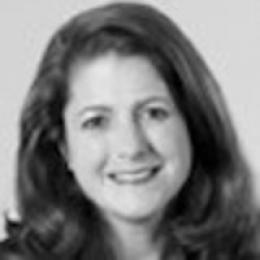