Control Risks, a global specialist risk consultancy, has released RiskMap 2020, a forecast of the top five political and security risks that it expects will affect business in the year ahead. In 2020, fractious geopolitics, rising activism, and cyber warfare meet economic anxiety and near-sighted world leaders. In Asia, balancing relations with the United States and China, on the back of the US election campaign, and rising activism in the form of majoritarian politics will take centre stage. Businesses will need foresight, agility, and determination to overcome tactical obstacles in 2020.

1. Geopolitics and the US campaign trail

The US election campaign will have a palpable impact on geopolitics in 2020. The drama of the campaign trail combined with the disruption of the impeachment process will reverberate globally. Would a deal with China help or hurt US President Donald Trump’s pitch to post-industrial workers? And how would that play out in trade negotiations motivated by domestic agendas? Will North Korea, Iran, and even the Islamic State try to exploit the election cycle?

In Asia, the US election adds uncertainty and urgency to the challenge that countries and businesses have been grappling with for years: How to hedge risks as China’s influence rises and US commitments to the region are questioned. The Trump administration will be focussed on impeachment and a second term. A meaningful resolution to the US-China conflict drifts further away. Asian economies, generally heavily dependent on both the United States and China, must balance this tense and delicate situation, which means longer term uncertainties for businesses. Japan and South Korea’s leading companies will remain caught in the middle, as their governments struggle to balance security dependence on Washington, economic interdependence with China, and containment of their historic enmities. India will recuse itself from the trade war, but don’t expect it to choose a side. Australia, particularly, will struggle to reconcile its close economic ties to China with its political ties to Washington. ASEAN, both needy and wary of China, will at once fight its rear-guard action to preserve US multilateralism in the region, while at the same time exploit the deflected commercial opportunities presented by the US-China feud, and get the best of Chinese investment. Vietnam and Indonesia are cases in point. In 2020, businesses across Asia will increasingly be asked — and sometimes coerced — to choose between the interests of the United States and China. The sophistication of their response will be a key to success in the year ahead.

Across the world, social pressures and coordinated activism around issues like environmental protection, political and human rights, inequality, and privacy are demanding more and more from business. In the street, in shareholder meetings, and within organisations, the activist society will bang ever harder on the boardroom table in 2020. For companies, paralysis looms as myriad movements make demands that are increasingly loud and challenging. This social, moral, and political accountability will consume any company caught unaware. Conversely, companies that get this balance right will be embraced.

“Businesses will need to understand their vulnerabilities stemming from social issues, the motivations of different activist groups, as well as how to monitor the changing threat environment, and understand the impact this can have on their business operations,” says Cory Davie, partner of Control Risks Australia Pacific.

The perception that businesses in the Asia-Pacific region face few of these challenges has been proven wrong by the crisis in Hong Kong, and the reputational and operational challenges it has posed for businesses. The outrage of inequality and climate change, in particular, will present reputational dilemmas to companies throughout the region. In some parts of Asia, companies will be caught in the middle of majoritarian politics exploiting religious anger in places like India or Indonesia. The unwary will be harassed by regulators egged on by mass movements and social pressures. Watch out for politicians in the region trying to make a name for themselves by taking international best practice in some sectors and warping it to their own advantage.

Cyberthreats in 2020 will align as never before to provoke a high impact, cyber-enabled assault on critical infrastructure. Western deterrence has failed to stem the tide and hostile actors are using ever harsher methods. If leading companies are attaining credible cyber resilience, national infrastructures across the globe are not and represent the main vulnerability in the international cyber conflict.

The Asia-Pacific region is the proud owner of some of the most “wired” societies and national infrastructure in the world, from power to water to autonomous trains. It is also the dubious owner of some of the weakest defences against cyber-enabled attacks on such infrastructure and has markets where businesses and consumers have limited education on the risks presented by cyber and cyber-enabled attacks. This complacency reflects much of the region’s long run of interstate peace, and a more recent distraction with managing and monitoring its own citizens’ activities in cyberspace. China’s cybersecurity law, India’s data localisation policy, Vietnam’s new state secrets rules, and most recently Thailand’s personal Data Protection Act, which will come into force in May 2020, are prime examples. Asia beyond China is in danger of becoming an attractive proxy battleground but think espionage rather than sabotage — not just against states, but also against businesses that operate in the region and have intellectual property of interest to cyberthreat actors.

Even the most optimistic forecasts say global economic growth in 2020 will be dismally low or, as our partners at Oxford Economics put it, “grinding.” This, before any account of an economic shock that could shake an uneasy global economy. If global GDP takes a turn for the worse, we cannot expect a fragmented world to craft a coordinated policy response. Will countries driven by polarisation rally in the face of economic hardship? And what of economies dependent on resource riches or those that still haven’t fully recovered from 2008?

As a heavily trade-exposed region, Asia is inherently vulnerable to today’s brand of geopolitical turmoil, but none of its main economies seem under threat of serious instability. Even for China, leaders will be managing a downturn, not facing an economic crisis. For all the gloom, the region will remain a global bright spot for growth, in relative terms. Nevertheless, a number of the region’s largest economies need very strong growth just to soak up their burgeoning labour forces. For instance, in the unlikely event that India or Indonesia achieves anything less than five percent GDP growth next year, we would see current populism become even more violent.

At the helm of some of the world’s most important countries is a crop of Western leaders who can’t see further than the next crisis. For them, tactics will trump strategy. Whether it’s a global trade war, a cyberattack or a regional border battle, the pace of events is in the hands of anxious protagonists. Businesses will need a strategy for an intensely tactical world.

In recent years, Asia has offered notable exceptions to the trend of short-termism, most strikingly in China, where President Xi Jinping pursues a decades-long vision for China’s ascent despite growing headwinds. Vietnam similarly will focus on creating the conditions to be a manufacturing launch pad for foreign businesses regardless of who inhabits the politburo, while North Korea’s core strategy has spanned three generations. India appears solid on Hindu nationalism whilst edging toward greater business friendliness. Indonesia, for all its policy eccentricity, will maintain a bipartisan consensus on fiscal conservatism. Yet all these countries to varying degrees could be blown off-course into expensive short-termism by external and domestic pressures in 2020, such as sovereignty disputes, natural disasters caused by climate change or geopolitical rivalry.

Steve Wilford, director, Asia-Pacific, Global Risk Analysis at Control Risks, summarises: “Businesses once again see themselves being caught in the crosshairs of geopolitics. With other risk factors coming into the mix, businesses that stay vigilant and are well prepared for a multitude of scenarios will be those that can ride out any potential storms.

“Mapping out your operational risk from all angles including potential political, economic, and security exposure and understanding where vulnerabilities may lie will be the fundamental basis of success or failure in these unpredictable times.” 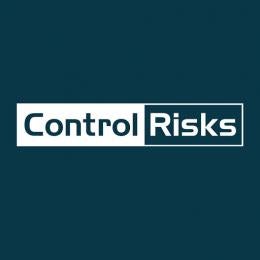