Recent decisions by the UK courts have shone a light on the legal challenges facing the increased application and regulation of artificial intelligence (AI) tools and systems. These decisions help bring to life the evolving UK and wider global conversation about how AI should be treated and used, while governments and regulators continue to assess whether current law is up to the task, and how it may need to evolve.

Are you looking at me? Facial recognition and the South Wales Police

In August 2020 the Court of Appeal supported the cause of a civil liberties campaigner, overturning an earlier High Court decision, ruling that the use by South Wales Police (SWP) of automated facial recognition (AFR) software breached human rights, data privacy, and equalities legislation. This is the first such case in the United Kingdom and, since SWP have indicated that they will not seek further appeal, creates a clear precedent.

SWP, which serves the southern portion of Wales but has been chosen to take the national lead on testing and conducting trials of AFR in the United Kingdom, using licensed proprietary software. CCTV cameras capture facial images of anyone who passes within range of the camera. Digital images of faces are taken from the CCTV feeds and processed in real time to extract facial biometric information. This information is then compared with facial biometric information of persons on a “watchlist” prepared for the purpose of that specific deployment. This case concerned two instances of the deployment of AFR in which the campaigner’s image was captured.

The campaigner was supported by the prominent privacy and civil rights group Liberty. The importance of the case was underlined by the inclusion of the Secretary of State for the Home Department, the Information Commissioner, and the Surveillance Camera Commissioner, as interested parties or interveners.

First, the court found that there had been an unlawful interference in the campaigner’s right to a private life, which is protected under Article 8 of the European Convention on Human Rights (ECHR). The existing legal framework (including relevant codes of practice and policies) was not sufficient to satisfy the requirements of the ECHR and too much discretion was left in the hands of individual police officers. In particular, it was not clear who can be placed on the watchlist. Furthermore, the framework lacked criteria for determining where AFR can be deployed.

Second, there was a breach of the Data Protection Act 2018 because of deficiencies in the Data Protection Impact Assessment. Not only had the assessment not taken into account that an infringement of the ECHR was a risk, but it had also inadequately considered the processing of the personal data (i.e., the biometric information) of citizens who were not on police watchlists.

Finally, there had been a breach of the public sector equality duty arising from the Equality Act 2010. The claim relied on scientific evidence that facial recognition software can be biased and create increased risk of false identifications in relation to women and to those from Black, Asian, and other minority ethnic backgrounds. The court concluded that SWP had not sufficiently analysed the risks posed in this regard, and recommended that police should do all they reasonably can to show that such software does not have a racial or gender bias, particularly with novel and controversial technology.

The case provides useful judicial guidance on the extent of this type of AI technology, which will have particular relevance to police authorities and the public sector. However, it also marks an important early step in the development of the interaction between such technologies with established legislation.

AI as inventor – the DABUS case

The world of patents may be an arcane and forbidding place to stray for those unfamiliar with its workings, and a system rooted in letters handed out by kings may not seem a likely place to find the bleeding edge of legal and philosophical considerations around artificial intelligence. But the efforts of an inventor to gain recognition for his AI creation in various global fora have ensured just that.

DABUS is an evolution of the concept of a “creativity machine,” in which a first “neural network” is trained with knowledge and generates novel ideas based on that information. A second such network analyses the relative novelty of the ideas generated according to its own existing knowledge-base and uses feedback to promote their iteration, with the aim of creating and identifying ideas with maximum novelty, utility, or value. No human input is involved in this process.

The UK High Court has become the latest tribunal to frustrate the ambitions of the inventor, Dr. Stephen Thaler. His two key assertions for these purposes were that (1) DABUS was itself the inventor in relation to two patent applications; and (2) if an autonomous machine, such as DABUS, created an invention, this invention should be assigned to its owner. Dr. Thaler was expressly not attempting to establish a legal personality for his machine, but to establish that the concept of “inventor” was not constrained by that of a legal or natural person. And since machines do not have legal personality or independent rights and cannot own property, their inventions should fall to be owned by the owner of the machine.

The court did not overturn the finding of the UK Intellectual Property Office that DABUS could not be named as inventor. Section 7 of the Patents Act 1977 states that the inventor is the “actual deviser” of the invention. The judge considered that this supposes that “someone devises something,” with the someone being a person. The judge noted that the courts were perfectly capable of construing legislation against artefacts that were unknown when it was drafted — even noting that an alien from another galaxy could very well be found to be a natural person. But this machine had not taken on the essential characteristics of a person.

Similarly, since a machine cannot itself own patent rights, it is incapable of transferring such rights to its owner.

Despite finding against Dr. Thaler, and noting that the Patents Act is “extremely clear” in the relevant respects, some of the judge’s comments signalled a clear appreciation that the legislative landscape in this area may need to adapt to the march of technological advancement. In particular, he noted:

“It seems to me that the 1977 Act proceeds on the basis that there is a correlation between the inventor and the invention in that every invention has an inventor […]. It may be that the advent of artificial intelligence causes this scheme to fracture, but it seems to me that it would be wrong as a matter of construction to invite such a fracture, rather than to avoid it if that can be done.”

The judge also noted that he had not been asked to opine on the issue of whether the owner or controller of a machine that “invents” something should in fact be considered the inventor, so this question remains open. While Dr. Thaler was not minded to pursue such an argument on the basis that this would entail taking credit for something that rightly belonged to DABUS, it outlines another of the boundaries in this area that remains to be explored.

Despite this recognition, this decision means that for now the UK courts remain in lockstep with the European Patent Office and the US Patent and Trademark Office, both of which had already come to similar conclusions as regards DABUS’s status in the world.

While these cases fell to be decided under the current legislative regime, the United Kingdom is actively investigating whether that regime is fit for purpose and how it should develop. In September the UK Intellectual Property Office launched its consultation on the implications of AI for intellectual property policy, which includes asking whether current AI systems devise inventions and whether patent law should allow AI to be identified as the sole or joint inventor. The consultation also seeks opinion on whether content generated by artificial intelligence should be eligible for protection by copyright or related rights, and to explore whether and how AI might be capable of infringing the various intellectual rights and what implications that holds for questions of liability.

The consultation closed on 30 November, with the resulting report expected in early 2021. Other jurisdictions continue to wrestle with similar issues. The US PTO issued its own report in October, broadly deeming current legislation to be sufficient. The European Parliament, in contrast, has concluded that a new framework is required to boost innovation, ethical standards, and trust in technology. It is encouraging the European Commission to make proposals, also expected early next year, for a regulation defining what AI rules should include with regards to ethics, liability, and intellectual property rights. Notably, the European Parliament advocates the adoption of a strict liability framework in high risk areas — currently relatively rare but clearly of relevance in the automotive sector, for example.

Meanwhile, the UK Information Commissioner’s Office has continued its own proactive approach. Its recent guidance on AI and data protection provides best practices for data protection compliance for those designing their own AI systems and those implementing third party systems. It clarifies how organisations can assess the risks to rights and freedoms that AI can pose from a data protection perspective and the appropriate measures to mitigate them. The issues raised in the South Wales Police case are in evidence, including in the recommendations on mitigating potential discrimination. This complements other guidance from the ICO such as its guidelines on the requirements for explaining decisions made using AI, which propose documentation that organisations should produce and make available to explain the mechanics of AI systems and policies that they should have in place so that staff can ensure decisions can be explained.

While there is plainly no shortage of activity by governments and regulators, we are yet to see a major overhaul of the law in this area. There are signs that more concrete proposals are in the pipeline, but for now our courts are resolving 21st century problems with (mostly) 20th century legislation. In the meantime, we must continue to keep a close eye on the various discussions and initiatives in the hope that more certainty arrives some time before that alien from another galaxy. 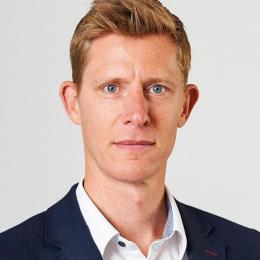