The March My Take Column is penned by the
2020 recipient of the Robert I. Townsend, Jr. Member of the Year Award.

ACC Australia’s Leading Environmental and Social Sustainability (LESS) and Diversity, Equality, and Inclusion interest groups are helping members to lead their company’s social responsibilities. This is a role that lawyers are well positioned to advocate for and one that will benefit their employer. It is no longer enough (it likely never was enough) for in-house counsel to simply answer legal questions. To do their jobs optimally, they must take a broad approach that considers societal impact. No consideration of impact on Australian society can omit the impact on First Nations people. As such, ACC Australia endorses the Uluru Statement, which calls for constitutional reforms to empower First Nations people.

The journey to the Uluru Statement

As is the case in many colonies, the history of Australia’s Indigenous and Torres Strait Islander peoples is a distressing story of dispossession, dislocation, and disempowerment. However, it is also a story of resilience, strength, and survival.

In 2008, Prime Minister Kevin Rudd issued a formal apology to Aboriginal and Torres Strait Islander peoples for the injustices caused by the laws and practices of successive governments and particularly for the government policies that forcibly took indigenous children from their families in order to assimilate them into Western society.

The apology was welcomed by many Aboriginal and Torres Strait Islander people, but there were also calls for action that would make a long-lasting change to the lives of First Nations people in Australia.

In 2011 the Australian Government established an Expert Panel on Recognising Aboriginal and Torres Strait Islander Peoples in the Constitution. The panel consulted with Aboriginal and Torres Strait Islander people and non-Indigenous people in cities, communities, and towns across the country. The panel released its report in 2012, paving the way for a referendum to change the constitution. Shortly after, the government funded the campaign “Recognise” to “raise awareness across the Australian community of the need to change the Constitution, in advance of a referendum.”

The government changed. Policy changed. In Parliament, the concept of changing the Constitution to provide recognition stalled. The struggle for constitutional recognition, treaty, and other rights continued for Aboriginal and Torres Strait Islander peoples.

In 2015, a Referendum Council was constituted by Prime Minister Malcolm Turnbull and Opposition Leader Bill Shorten. Professor Megan Davis, a Cobble-Cobble Nation woman and the first Indigenous person to be elected to a United Nations body, engineered a collaborative and inclusive process whereby the Referendum Council ran 13 regional constitutional dialogues throughout Australia.

Those dialogues then selected delegates who attended the convention at Uluru that resulted in the Uluru Statement from the Heart on May 26, 2017.

What is the Uluru Statement?

The Uluru Statement from the Heart calls for three things, in sequence:

From the Uluru Statement

"We seek constitutional reforms to empower our people and take a rightful place in our own country. When we have power over our destiny our children will flourish. They will walk in two worlds and their culture will be a gift to their country.

"We call for the establishment of a First Nations Voice enshrined in the Constitution. Makarrata is the culmination of our agenda: the coming together after a struggle. It captures our aspirations for a fair and truthful relationship with the people of Australia and a better future for our children based on justice and self-determination.

"We seek a Makarrata Commission to supervise a process of agreement-making between governments and First Nations and truth-telling about our history."

Right to a First Nation’s Voice

The right to a voice is found at Article 18 of the UN Declaration on the Rights of Indigenous People:

Indigenous peoples have the right to participate in decision-making in matters which would affect their rights, through representatives chosen by themselves in accordance with their own procedures, as well as to maintain and develop their own indigenous decision-making institutions.

The Uluru Statement does not set out a model for the voice. The model itself would be provided in the referendum (in direct consultation with First Nations people) and detailed in legislation after the Constitutional amendment is enacted.

Makarrata is Yolngu for “coming together after a struggle.” The Makarrata Commission would be a means for striking federal agreements and treaties and would have a second role in truth-telling, much like the process of the inquiries, investigations, and hearings that culminated in the apology to the Stolen Generations in 2008. A Makarrata would allow for the truth-telling that could pave the way to reverse the falsehoods on which the government’s interactions with Aboriginal and Torres Strait Islander people has been based.

Why did ACC Australia support this?

To help bridge that divide, ACC joins with leaders in the corporate and legal communities worldwide to affirm with one voice that social injustice and inequality cannot and must not be tolerated. We must also make clear that any kind of discrimination, be it race, ethnicity, age, gender, sexual orientation, religion, or disability, has no place among supporters of a free and democratic society.

Richardson’s eloquent statement was a call to action. Some of the historical injustices faced by Aboriginal and Torres Strait Islander peoples are akin to those faced by Black Americans. First Nations people have also experienced dispossession, invasion, abduction, and slavery and/or trafficked; so while the Black Lives Matter movement in the United States was fomented by historical injustices faced in that nation, the message has resonated in Australia. In current times, Aboriginal and Torres Strait Islander peoples in Australia are disproportionately incarcerated and lack equal access to education, economic opportunities, housing, and healthcare.

This was an opportunity in Australia to take a step forward to support and remedy injustice and develop a best practice for our members. The resolution was unanimously supported by ACC at both the Australian and global boards. As a result, ACC drafted a letter to Prime Minister Scott Morrison and publicly shared our position on social media. We are encouraging all of our Australian members to follow suit.

What’s next, and what else can our members do?

After announcing our support, we were contacted by Professors Davis and Anderson. We look forward to working with them to develop other steps our members can take to support the Uluru Statement from the Heart and to oppose and remedy injustice.

Importantly, our members who are in Australia, or whose companies have Australian operations can consider taking steps to create change for Aboriginal and Torres Strait Islander peoples. Here are a few ways you might consider working within your company to lead this:

Aboriginal and Torres Strait Islander peoples in Australia are strong and resilient. While the impact of historic injustices are long-lasting and widely felt, change can occur — this is an opportunity to be on the right side of history.

The authors are available to be contacted to discuss their own experience leading change in a business from an in-house counsel and corporate social responsibility/sustainability perspective. Please reach out to The Docket if you are interested in connecting with them. 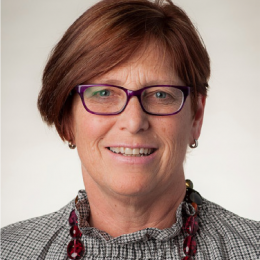 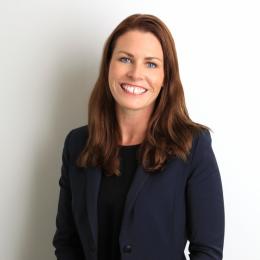