What do you do when your passion is the arts, but you are not a traditional artist? What if a calling drums repeatedly in your head telling you that you should — you can — influence the types of stories that are told about your culture? If you’re Ismat Abidi, known as Izzy, you find a way into the industry. In her case, through law.

“I never really set out to become a lawyer,” says the Netflix lawyer in business and legal affairs for Middle East and North Africa, who grew up in the United Arab Emirates (UAE). She is based in Netflix’s Europe, Middle East, Africa, headquarters, in Amsterdam. “I took an unconventional route but I wouldn’t change it because it’s allowed me to balance the different parts of myself,” she says.

“I have this kind of passion for creativity, like in the media world, but I also have a holistic passion — being in-house in the legal profession I can do both,” she says. “The most effective in-house counsel understands their industry.”

Izzy interned at the BBC and London’s The Independent before moving into a law firm where she began some of her media and entertainment (M&E) work by handling intellectual property and then onto her first in-house role in technology.

But it was at the Middle Eastern streaming television and film network Orbit Showtime Network (OSN) where she sprang fully into M&E, negotiating with major international studios such as HBO and National Geographic. An important part of her work was forging key relationships toward the growth of Middle East productions — a key aspect of her mission to increase and improve video content about the Middle East.

She also founded ASLI Studios at OSN, a creator-focused production company designed to fulfill artists’ needs, including the business end, and became its executive producer.

Creative Couch, which she also founded there, was another foray into her marrying artists’ needs with her legal expertise. Through it, she delivered creator workshops incorporating the practical needs of artists to successfully pursue a production partnership, in the Middle East. Izzy continues to share her knowledge and expertise though the Script to Screen deal-making workshop, such as what she presented last year at the Red Sea International Film Festival.

Freshly Ground Sounds is another artist opportunity Izzy founded to actualize a new music scene and launch a structure for performance permit applications.

“My goal as an advisor in the Middle East entertainment industry is to democratize the negotiation because I really want the stories to be told. And that’s only going to happen if the artists know what goes into it. It’s about lifting the veil of intimidation,” she says. “A lot of friends who are writers, for example, just want to focus on the writing.” The business part gets “them out of the head of writing.”

Working in some Middle East countries presents particular challenges. “We have a policy team helping us adhere to the laws of the country that we’re producing in as we work to address gaps in regulation that do not address current production and global streaming structure,” she says. “But there is way more to the Middle East than just looking at that, real human stories.” Stories, she says, that resonate in everyone.

“One of my passions is to make sure we break stereotypes, particularly of women, by not only telling one type of story,” Izzy says.

Day to day, Izzy’s job addresses the details that could hinder production with the goal of streamlining it for all the players from the idea to the (production) bible for the show, to negotiation and options should the deal fall through. And, “In the Middle East, there aren’t a lot of set rates, it’s not as established as, like Hollywood.”

Sometimes her success comes simply from savvy organization like the Business and Legal Affairs (BALA) Deal Snapshot she designed so everyone involved in the project is in the loop, able to instantly see everything they need at each stage, and to be able to use it quickly on a cell phone. She loves that it eliminates email and further organizing and was gratified learning that other teams find it useful and enjoy the emojis she’s added to make it fun.

The “true-to-disability” characterization in a show required a disability consultant agreement, which is another of Izzy’s coups. From portrayal in productions to traveling needs of the consultant and more, the crafting of the agreement language “shows you respect someone.” She says, “It’s about making them feel seen without them shouldering the burden of having to tell us.”

Her early-production agreement is another saving grace. “Despite a full production agreement not being signed, it allows production to keep moving, which saves cost. There’s a risk involved for starting before everything is ironed out, so I had to determine how much risk we could lean into,” she says.

“My appetite for risk comes from being in the music industry world in the Middle East, people would agree on terms on WhatsApp, or via voice notes. In some cultures, insisting on a contract can be considered as a sign of distrust.”

ACC is a big part of Izzy’s life, especially in the chapters. “Being global, seeing the similarities corporate counsel face when trying to bring an idea about in their business has been beneficial,” she says. “I also really appreciate articles I can relate to like those by females of color because the legal community hasn’t historically been the most inclusive. But,” she notes, “it’s on the up.”

As much as there are tremendous similarities between corporate counsel careers, there are many differences, such as Izzy’s involvement in the arts. “I always say (to mentees) figure out the industry you’re passionate about and then be a lawyer in that field”

As you mentor other lawyers, what have you been learning that is helping you with your career and/or life in general?

Mentoring has been a gift of learning for me — it keeps me proactively open to different perspectives and new approaches. My main mentee demographic has been women-of-color or those with unconventional routes to the profession. In a profession that puts a huge emphasis on the number of years of professional qualified experience, I've learned from my mentees that the only way to break that over-emphasis is to increase awareness, as wide as possible, to the different routes into the profession. I always try to share their stories wherever possible and also host career workshops.

And, I’ve been a strategic legal advisor for Kerning CuItures, supporting a female-led successful start-up. My mentorship and work with small independents might be minor, but it's mighty in keeping me appreciative of the creative's point-of-view on growing the industry, which overall makes me a more well-rounded media counsel.

Who inspires you, and what is it they’ve said or done that influences you?

In my first law firm summer internship in England, I was paired with a junior lawyer who went on to become one of my closest friends and career mentors. Our paths kept close when he also moved to Dubai and eventually, in-house too. He was consistently the biggest cheerleader for combining my creative and legal sides. He passed away suddenly in 2016, but his voice remains stronger than ever in my heart. Whenever I'm at a crossroads in career decisions (especially the ones that involve moving countries), I hear: "Use your instinct and head towards what you'll enjoy the most — that's what will make the hardest part of your job feel effortless, so you can learn what you don't know. The rest will fall into place around you". 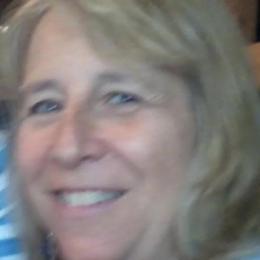